Generally, biceps exercises are set up so the upper arms remain roughly parallel to the torso and the resistance reduces as the hands get closer to the chest. Think of the standard barbell curl.

But the guillotine curl requires the upper arms to be positioned perpendicular to the torso with the shoulders flexed – arms forward with respect to the torso. 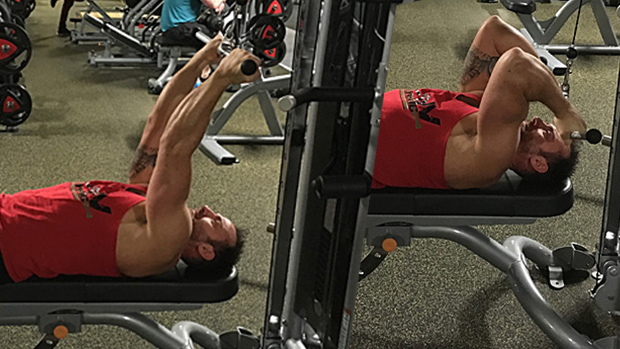 This position makes the resistance grow stronger – instead of lessening – as the cable moves downwards toward the body. Hold and squeeze the biceps at the peak contraction for two seconds.

The legendary strength athlete tells us why muscle growth is vital for max lifts, and why it's not the same for powerlifters as it is for bodybuilders.
Powerlifting & Strength, Training
Chris Shugart January 11 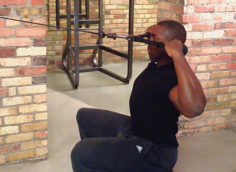