Metabolic conditioning, cardio, aerobics, HIIT, or whatever you want to call it, is to weightlifting what flossing is to dental health. You know, good for us. Still, it's a grim, joyless, kind of disgusting semi-compulsory act.

Granted, we're not getting drool and masticated burrito bits all over our fingers when we do cardio, but none of us started lifting weights so we could spend hours running or peddling to nowhere on machines, or flogging Mother Earth with old ropes your gym manager stole from the USS Ronald Reagan.

Still, we have to do conditioning work, both for health and to improve work capacity. There may, however, be a way to make it more palatable. Scientists have found that doing short sprint "snacks" separated by an hour or more worked just as well as doing them together in one session.

In other words, you could do short bouts of peddling or running or presumably any HIIT-type training modality throughout the day when you had a minute to spare and you'd accrue the same benefits as if you'd done them all at once in one tedious, mind-numbing session.

Scientists at the University of British Columbia recruited 28 healthy, young, inactive adults and randomly assigned them to one of two groups that performed 18 training sessions over 6 weeks.

The other group did sprint "snacks" (SS) consisting of three, separate 20-second full-out bouts each interspersed by 1 to 4 hours of rest.

As far as cardiorespiratory fitness, both the SIT group and the SS group increased their absolute VO2 peak with no difference between groups. Both groups also showed similar improvement in their 150 kilojoule (kj) cycling time trial. 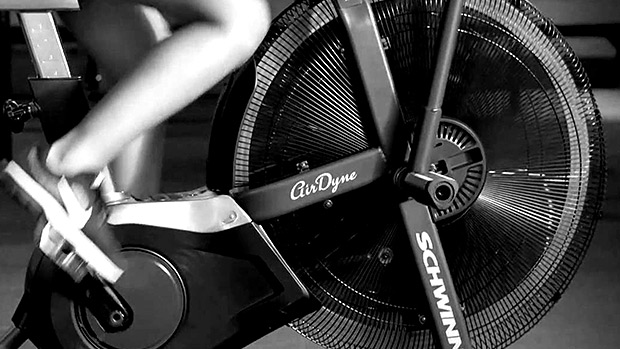 If you're somebody who hates doing cardio, you can use the results of this study to make it more palatable. Say for instance you've got a stationary bike at home. You can hop on the thing any old time when you've got a few seconds to spare, like when you're waiting for your toast to pop up.

Simply get on the bike (or treadmill, or whatever apparatus you use), go balls out for 20 seconds, and then resume whatever you were doing. Then, when similar opportunities present themselves throughout the day, whip out another couple of 20-second high-intensity efforts.

Similarly, you could do a single 20-second burst as part of your warm up for your workout and then do another an hour later when you're finishing up, then doing a third bout later on at home.

If we believe the results of this current study, the effects on cardiorespiratory fitness would be the same as if you'd done all three bouts at the same time.

It Controls Appetite, Too

This type of exercise may also suppress appetite. In a separate study, sport scientists at the University of Birmingham found that high-intensity cycling protocols (4 x 30 seconds) also reduced levels of the hunger hormone ghrelin while increasing levels of the satiety hormone GLP-1.

Of course, unlike the "sprint snacks" described in the British Columbia study, the appetite-suppressed subjects did their high-intensity bouts all at once, but it's likely that even one high-intensity bout would have similar effects on hunger hormones, albeit to a lesser degree.

Bodybuilders and recreational lifters need to do the opposite of what powerlifters do. Here's why.
Bench Press, Bodybuilding, Tips, Training
Lee Boyce March 6

Can a big, strong guy do cardio without losing an ounce of size or strength? Check this out!
Metabolic Conditioning, Metcon, Training
Tim Henriques April 13

Most strength coaches will categorize an athlete or client into one of three classes based on their responsiveness to training: easy gainer, hard gainer and average gainer. Let's take a look at each category.
Bodybuilding, Training
Christian Thibaudeau September 15