The smallest possible number of sets you can perform per exercise/per session is 1, as explained in the article, Do One Set for Arm Growth. And the most I've ever seen is 10, as described in Advanced German Volume Training.

Both serve useful purposes from time to time – the former for maintenance purposes and the latter for short-term specialization phases – but most of the time, for most people, 3-5 sets is the optimal number, assuming you're training 3-4 times per week.

Ideally, whenever you start a new mesocycle (a planned 4-5 week training block), you'll start with the lower end of that range on week one, and then gradually increase the number of sets you do over the following 3-4 weeks, culminating in a very tough, high volume week, followed finally by a deload week where training intensity stays high, but at a lower volume. 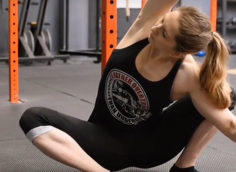 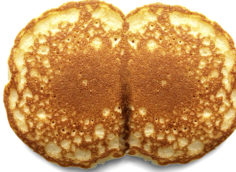 Male Pancake Ass: It's a terrible condition to have. And squats and deadlifts can't fix the problem by themselves. Here's what will.
Bodybuilding, Glutes, Tips, Training
Paul Carter January 21

All you need is a bar, a band, and the ability to withstand pain. Here's how to do it.
Tips, Training
Brian McFadden November 24