For people over 40, I've suggested giving up on sets of less than 5 reps before. That doesn't mean falling forever into the sticky 8 to 10 reps mire.

Everybody's been stuck on doing 8 reps forever, mostly because ancient, cave-man lifters began a tradition of doing 8. Doing 6 or 7 didn't feel like it was hard enough and doing 9 to 10 or more was talking-to-an-insurance-salesman tedious. But I say to you, Horatio, there are more beneficial rep schemes in heaven and earth than are dreamt of in your weightlifting philosophy.

You can build plenty of size – perhaps even more size than you thought possible – by doing sets of 12, 15, or even 20 reps, especially since you've probably ignored higher rep ranges your entire lifting career.

Try this protocol out a couple of times before you judge:

Researchers Fink, Kikuchi, and Nakazato (2018) found this method worked twice as well in building muscle in yes, experienced lifters, than the usual 8-rep sets. Case in point, higher reps work just fine, thanks, and they're much more forgiving on the joints.

For direct biceps training, you can't beat these variations. Funny thing is, most people have never even tried them.
Tips, Training
Christian Thibaudeau May 15

Ready for a challenge? The Turkish Get Up will take your stability, core strength, and mobility to the next level.
It Hurts Fix It, Kettlebell Training, Mobility, Training
Dean Somerset November 26 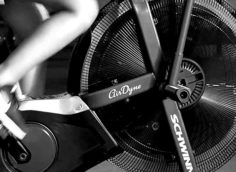