Which Training Techniques Are Best for Triceps?

The research has compared a number of exercises to assess triceps brachii muscle activity. Here's what we know:

How Should You Train the Triceps?

Heavy bench presses produce among the best EMG amplitudes for the triceps, in addition to respecting the anatomy and individual moment arms (the length between a joint axis and the line of force acting on that joint) of the heads of the triceps. 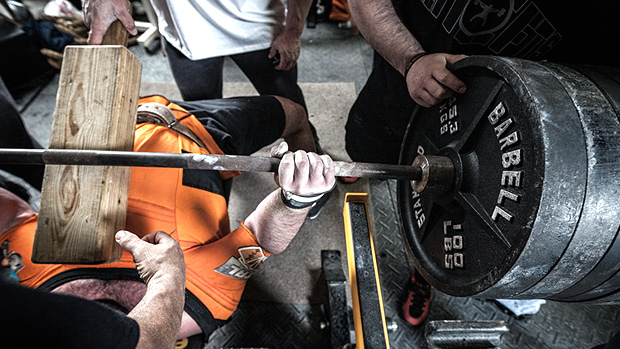 We can make the bench press even better at building the triceps by using a close-grip bench press, as this variation boosts the involvement of the triceps.

You might also perform the bench press in a way that stresses the top portion of the lift. For instance, perform a partial range variation like board presses (shown above) or floor presses. You should also train the bench press with variable resistance, e.g., using bands or chains.

Fix your posture and correct all those imbalances caused by too much benching. Nails your core too. Take a look.
Tips, Training
Kelvin King, Jr December 10

Not everyone was meant to squat deep, but a simple test will tell you how deep you can safely go. And if "butt wink" is a problem, there are easy ways to fix it.
Squat, Training
Tony Gentilcore June 10