Most lifters aren't even close to being able to control the entire lowering portion of the NHC. You'll typically see lifters lower their bodies under control during the initial half of the movement, but this is usually followed by a rapid descent during the latter half. This descent is accompanied by a sharp drop in hamstrings muscle activation, which is obviously something you don't want.

What you do want is activation under a full range of motion, which is where the band-assisted NHC comes into play. Using a band will enable you to control the entire eccentric (negative) portion of the movement, which will strengthen your hamstrings through a full range of motion and lead to more growth. 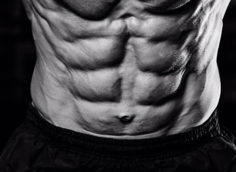 Build an injury-resistant core with this advanced move. Check it out!
Training
Gareth Sapstead April 15

Here's are two functional strength exercises that are actually functional for athletes and everyone else who occasionally gets off the couch.
Powerlifting & Strength, Tips, Training
TJ Kuster January 24