I use this stato-dynamic method – pausing at different points in the rep – quite a bit with athletes on the big basic lifts, but it can also be very effective for bodyweight movements. You can also design a progression model by varying the type of holds you do.

We can vary the difficulty of a set by changing any of the following parameters:

The number of holds: You can do one to three holds within each rep. It's hard to do more than that because you'll run out of range of motion.

The length of each hold: We normally use three to six seconds per hold. Of course, longer is harder. Normally, the more holds there are in a rep, the shorter they are. Here's a good rule of thumb:

When you do the holds: Doing holds during the concentric (lifting) phase is harder than doing them during the eccentric (lowering) phase. We can build a hierarchy of difficulty for this category, from the easiest to the hardest:

So you can progress either by doing more reps per set under the same conditions or by maintaining your number of reps while making the conditions harder. Holds are one way to do that. 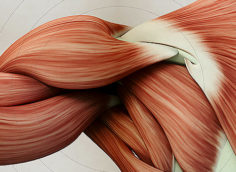 A program to increase shoulder strength, endurance, and mobility that can be done anywhere in 15 minutes. Check it out.
It Hurts Fix It, Training
Nick Tumminello December 22

This has been called the most complete upper-body exercise. Want to learn it? Here's a quick guide.
CrossFit, Exercise Coaching, Pull-Up, Tips
Drew Murphy December 4

If your gains in strength or size have come to a halt, you're probably breaking one of these time-tested training principles. Find out here.
Bodybuilding, Training
Eric Bach October 7

From warm-ups and running to box squats and grip work, here’s the athlete’s guide to get bigger and stronger.
Powerlifting & Strength, Training
Joe DeFranco June 21