Keeping your guard up during a fight is key for protecting yourself from incoming strikes. Street fights are violent and tend to end quickly, but not dropping the hands still matters. It's even more important for competitive fighters who have to deal with prolonged periods of stress.

Athletes and coaches have been experimenting with various training methods in an effort to make the shoulders resistant to fatigue, which makes it easier to keep your guard up.

But hold on a second, we've known the solution to this problem for ages. It's shadow boxing with dumbbells, right?

No, it's not. In fact, doing this will mess you up. Instead, there's a smarter way to make your shoulders fatigue-proof. All you need is a heavy bag and an iron will.

Here's What You Need to Do

The punching has to be violent. This part of the drill will simulate the exchange of strikes during a fight. If you're a competitive athlete, wear your gloves. If you're training for self-defense, don't use gloves since you won't be wearing any in the streets anyway. Consciously focus on proper retraction and not dropping your hands.

The plank part will be your "break" between the punching bouts, but it'll also trap the fatigue in the shoulders, making sure they're becoming resistant to it.

Using the knuckles of the index and middle finger to support your weight will lead to a couple of benefits. First, it'll keep reminding you of the proper way to deliver punches, which is connecting to the target via the two big knuckles.

Second, it'll harden your knuckles along with the skin if you're doing this bare-handed. Just make sure you're using a soft surface, like a mat. The point is to build a strong, stable punching position, not injure your joints.

Research shows that a technique called "low lung volume hypoventilation breathing" can improve aspects of anaerobic performance and the ability of the muscles to eliminate metabolic waste like hydrogen ions (buffer capacity), thus making them more resilient to fatigue. Use it while you're holding the plank.

I know what you're thinking, but no. Your fancy elevation mask won't work. It doesn't create a hypoxic environment, simply because it can't make the air thinner. It only lets you inhale less of it. It's like trying to breathe through a straw. Ditch it. You know you got it mostly for the selfies, anyway.

The duration of sets and number of rounds can be adjusted according to your needs. In the example, the circuit simulates a professional boxing match. If you compete in MMA, you might want to perform three to five rounds of five minutes each, and so on.

Perform this circuit two times per week. You should see significant improvements in as soon as one month's time.

Everything you need to know about squatting heavy, from stance to hand position. Check it out.
Legs, Powerlifting & Strength, Squat, Training
Jim Wendler November 6 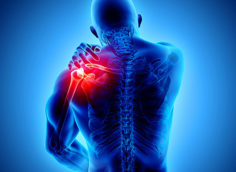 You might be tempted to do these, but they're not worth the effort.
Training
Scott Hansen June 7 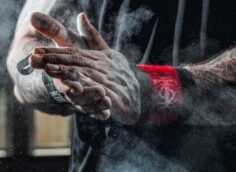 The best warm-up will get you physically ready to crush your workout. Get that feeling in under 10 minutes with this pre-workout strategy.
Exercise Coaching, Mobility
Nick Tumminello August 31