I naturally had great shoulder strength early on, and that translated over into virtually all of my pressing (flat, incline, overhead, etc). The drawback? Because I was delt-dominant, my chest lagged behind.

There's always going to be some muscle groups that will be subpar compared to others, no matter how much specialization you do for them. But I do believe in giving everything the ol' college try.

So let's talk about some principles you should be adding to go from being bird-chested to pectacular. (Totally cheesy, but I'm rolling with it.)

1. Train chest early in the week or whenever you're fresh.

This shouldn't be an issue with most gym bros. Monday is International Chest Day, after all.

When you look at this from the side, you'll see that the pecs get into a deeper stretch, which will increase their activation, and you'll reduce the involvement of the anterior delts.

A little "hack" here is to use a rolled up towel in the middle of your back to facilitate a deeper setting of retraction. 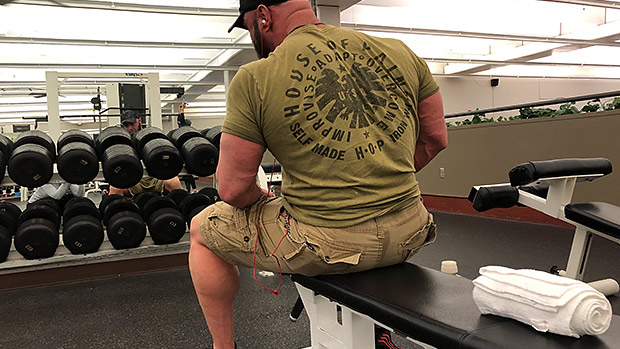 For a lot of guys who press in order to "train the movement" for strength, they simply press straight up. But if you want to get the pecs to contract as hard as possible during a press – and you do for hypertrophy purposes – then think about driving the hands towards the center of your torso.

The external cue for this, if you're pressing with a bar, is to think about bending the bar in half so that it would end up in a "U" shape. Just make sure you hold that deep scapula retraction and depression to bias the pecs in the pressing. Don't let the shoulders roll forward at any time.

There's no "inner pecs" really. That'd be the sternal area of the pecs. And here's the real reason why a lot of guys think they need more mass in there: they carry too much body fat to see the separation between the pec muscles. If you want that bad-ass pectoral "split" that runs down the middle, then don't be fat. 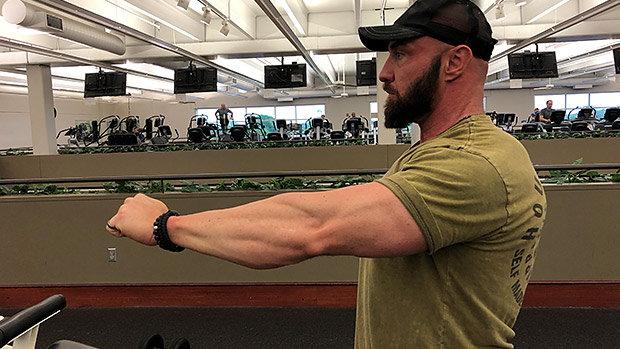 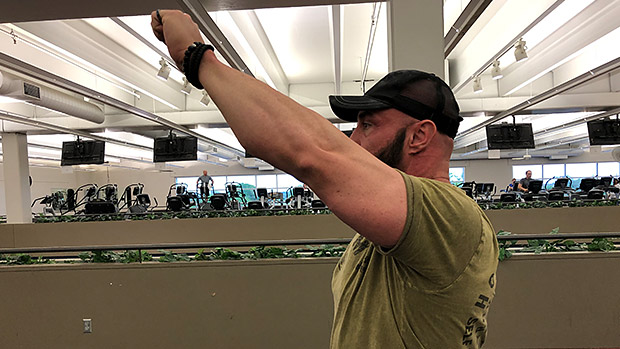 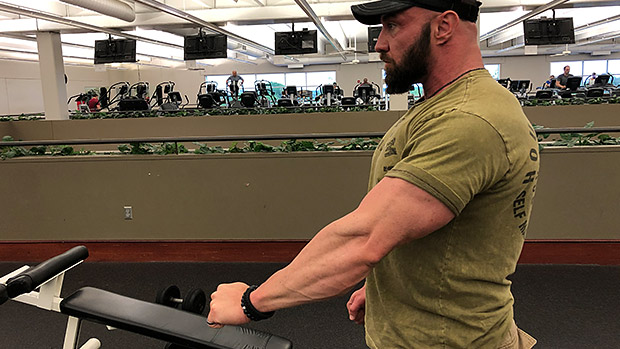 Prioritize movements based on what area of the pecs you're trying to bias over the others.

Not all movements stress the pecs equally in the range of motion. An incline press or flat press stresses the pecs maximally at the mid-point in the range of motion. A dumbbell flye places the greatest amount of torque on them in the bottom position where they're maximally lengthened. And a pec-deck or cable crossover tends to stress them more in the fully shortened position.

It's a good idea to stress the pecs through all of these different ranges so that no fiber is left behind. So how would this look in program design?

Creating the slight decline is easy. Just prop the end of your bench on a couple plates to create the decline. Use a slight angle because if it's too deep then you'll struggle to stay on the bench.

This routine just an example, and there's a ton of variations for movements and stressing the muscle at different lengths. The majority of guys usually need a bit more "upper" pecs because so many start out as bench monkeys.

This workout only takes 9 minutes. Note: These will be the worst 9 minutes of your life. Check it out.
Tips, Training
Dan Blewett January 23 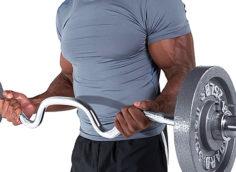 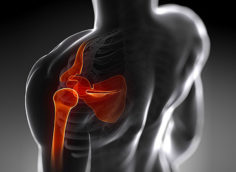 CrossFitters have shoulders of steel and excellent mobility, even if they look silly doing pull-ups. Here's their secret.
It Hurts Fix It, Training
Tom Morrison September 3

Injuries are as much a part of the iron game as plates, dumbbells, and chalk. Here’s what to do when it happens.
It Hurts Fix It, Soft-Tissue Techniques, Training
Tim Henriques November 3