Who among us doesn't remember dad getting up to go to work in the morning and getting down on the floor before he even took a leak to grunt out some watch-out-for-that-mousetrap push-ups followed by some awkward calisthenics?

Sure! The old man had to stay in shape so he could power walk into the office and nail the Willoughby account!

Personally, I don’t remember Dad doing anything like that at all, but I did see dads on TV doing this kind of thing, so I have to assume the practice was at least partially based on reality.

Oddly enough, it looks like these dads might have been onto something, as a new study has shown that a brief but brutal 4-minute workout, composed entirely of calisthenics, was about as effective a cardio protocol as classic sprint training or high intensity interval training.

Researchers herded up 55 healthy men who were all around 23 years old and split them into three groups for a 16-week study:

After 16 weeks, all groups significantly improved their VO2 max, time to exhaustion (Tmax), VT2, velocity associated with VT2, and time to reach VT2.

While the sprint training increased these parameters slightly more than the 4-minute protocol, it could simply be because the group that sprinted on the treadmill was much more easily able to gauge their intensity and their speed, while those doing the calisthenics had to rely on their own un-measured definition of "maximum effort."

Despite the small disparity in results between the sprint group, the steady-state exercise group, and the 4-minute group, the researchers concluded:

"Our results demonstrate that HIIT-WB (the 4-minute protocol) can be as effective as traditional HIIT (the sprint workouts) while also being time-efficient compared to MICT [the 30-minute running protocol] to improve health-related outcomes after 16 weeks of training."

If you hate running, don't have a treadmill in your 100 square foot Japanese micro-apartment, or simply enjoy exercising in your home in your underwear, you might successfully employ a four-minute, mostly bodyweight exercise protocol like the one used in this study.

There's probably no need go get hung up on the specific exercises, though. For instance, if you dislike any of the exercises used in this study, you can easily swap them out for ones you prefer.

Nick doesn't use 3-kg. dumbbells for any of the exercise, but you could easily do them with the speed squats to more accurately duplicate the protocol used in the study. 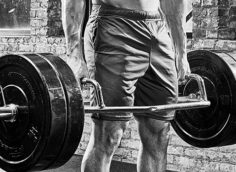 This lift is really a deadlift-squat hybrid. Here's how to make it an even better muscle and strength builder.
Deadlift, Powerlifting & Strength, Tips, Training
Tom MacCormick November 17

Go heavy or go home! Or, you know, go lighter and actually get the results you're looking for. Here are 4 moves that don't require heavy weights.
Back, Bodybuilding, Glutes, Training
Lee Boyce December 7 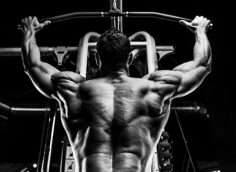