It's time again to stir the simmering pot of strength training controversy.

T Nation has published a number of articles from coaches either championing or questioning the efficacy of single–arm or single-leg movements. Some have argued that they render their bilateral counterparts obsolete, while others seem to feel that if your goal is to be a fire-breathing badass, single-limb movements are about as useful as screen doors on a submarine.

Unlike my colleagues, I'm going to pretend I'm Swiss and take a "neutralist" approach to the issue.

I like to call myself a "functional" trainer. That doesn't mean I ask clients to bench press on a Bosu or urinate standing on one leg; it means that I look for exercises that have application to someone's structural health and strength balance, range of motion, or athletic demands.

Even the programs I design for hypertrophy-focused clients rarely focus on increasing one-rep maxes, and certainly never at the expense of balance or possible injury.

With that in mind, here's my take on the issue: Implementing unilateral movements into your program will not result in a magical 20% increase in your bench or squat. They will, however, definitely improve your range of motion, or activate sleeping "stabilizer" muscles that might otherwise slumber through the corresponding bilateral movements.

This will do nothing but good for your squats, deadlifts, bench, and press, along with potentiating more ROM, muscle gain, and strength. Note: I said potentiate. Not create.

Before you start reworking your program to include every possible single-limb variation, make sure you choose ones that are worth your while.

The following ten exercises are excellent choices in terms of ROM, structural balance, and stability. I've added explanations to each exercise in hopes that they make their way into your conditioning program, or maybe as assistance exercises to your barbell work in your bulk phase.

Here they are in no particular order: 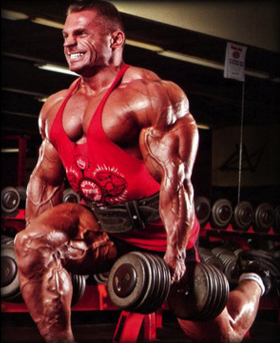 This bad boy is among the most kick-ass single leg movements you can perform. Unlike that comfortable leg extension machine some "lifters" use to read the paper on, the RLESS has major bang for the buck. It allows the hip of the trail leg to be actively stretched with a load, and allows the VMO of the lead leg to be stimulated, which plays an important role in larger exercises like squats.

Achieving proper depth and range of motion is important before piling on the weight. If you do this exercise properly, you won't be complaining to the gym manager to bring in 100-pound dumbbells.

Speaking of the 'bells, I'd recommend using dumbbells over barbells; I've found that when the placement of the load is closer to the floor (in the hands by your sides rather than on the back), the posterior chain can benefit from greater stimulation as a smaller percentage of the force needs to be transferred up the spinal erectors and upper back musculature.

Because you're facing the floor, gravity becomes your best friend as it's easy to unlock and reset your shoulder with each rep. Similarly, the use of a dumbbell allows integrity of motion at the elbow while properly following the fascial path of the lats through an "arcing" motion.

A variation of the same exercise with both feet on the ground (instead of one knee on a bench) also activates the quadratus lumborum and obliques in anti-rotational core work, which are often neglected in program design.

You really have to be on your A game to take these on. Combining strength with speed and coordination, dumbbell snatches have to be the best DB conditioning exercise for the entire body, and being an explosive movement promotes fat loss and power development.

Can't go wrong with that. In addition, this exercise will have your traps and delts bustin' out the seams in a hurry.

This exercise hammers the obliques, not to mention that the spinal erectors and QL must work overtime to stabilize the torso and hips. Training guru Charles Poliquin uses suitcase deadlifts and one-armed farmer's walks to help correct hip imbalances and pelvic tilts with his clients, due to the simple fact that it's impossible to compensate for the weak side.

As a bonus, using a barbell creates an awesome workout for grip strength. Remember to keep the upper body completely straight, as though you were holding the weight in both hands.

I'm sure you were all wondering when this hellish exercise would rear its ugly Ottoman head. Similar to the snatch in that it requires coordination out the wazoo, it's also a calorie-burning beast and thoroughly trashes the abs, obliques, and shoulders.

The constant overhead position of the weight despite the changing angle of the torso will help mobilize the shoulder capsule and beef up the serratus (great for a svelte V-taper, provided you're lean enough). For a nasty change of pace, try it with a loaded barbell.

As mentioned earlier, exercise programs often need to emphasize the anti-rotational component of core training a little more. The split stance cable lift does wonders to promote a proper stabilization pattern of the abdominals and obliques.

Remember to keep the cable from pulling your torso towards the trail leg (i.e., "resist rotation"). Keeping the glute on the trailing leg flexed helps enforce this.

I chose the standing version simply because it's harder. Your upper and lower back musculature, along with the obliques, have to work harder since your back isn't supported by a bench.

Lest you're tempted to ditch these for a less challenging exercise, there's evidence to suggest overhead lifting stimulates the release of growth hormone and Testosterone, along with boosting cardiovascular performance. Not too shabby. 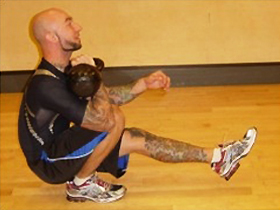 Not only is this a very "functional" exercise for knee health and VMO activation, it puts the quadriceps through an insanely large ROM that virtually no other leg exercise can duplicate.

Don't for a second shrug this be-atch off as a wussy movement without giving her an honest try. If you don't have lever length issues (like stupidly long femurs that make it next to impossible to perform this exercise), I highly encourage you to make it a goal to get good at 'em!

Being an advocate of prone hamstring curls, I've received my share of hamstring hate – and I'm almost finished hypertrophying my glutes so that they're big enough for everyone to kiss at the same time.

The benefits of the hamstring curl are sufficient to outweigh its lack of "functional carryover."

To perform this variation, curl the weight up with both legs, then remove one leg and slowly lower with just one limb. This nasty little trick allows the hamstrings to be hit with a slow, twice as heavy eccentric.

Considering the hamstrings are jam packed with fast twitch muscle fibers, it's well worth the pain and discomfort you'll experience.

Adding a 4-second negative to the mix will have you shopping for new jeans in no time.

The thing that makes this exercise different from a regular pulldown is that it's performed on an angle with a cable pulley. Due to where the hand rests in the start position (almost directly above the head), the lats have to contract from a much more lengthened position.

The cable and single handle also allow for more integrity of movement at the elbow, which effectively follows the fascial and fibrous paths of the lats, adding precious range of motion.

If you're one of those lifters who just can't seem to "feel your lats working" during traditional back movements like chins and rows, exercises that promote a longer ROM like this one are the answer.

It boils down to balance. While there are obviously huge benefits, size-wise, to following a program that emphasizes big bang movements, adding supplementary unilateral work for further isolation and added ROM (especially where the legs are concerned) can only help you achieve your goals.

On the other hand, if it's time to lean out for the season, it may prove beneficial to choose some really tough unilateral exercises to stimulate some major time under tension, caloric burn, and subsequently, fat loss.

Whatever your goals, I think we can all agree that unilateral training has its place in training programs for anyone; it's just a matter of when and how frequently they get implemented that will influence the results you see on the gym floor, and in the mirror.

Good news: This hypertrophy training technique works fast. Bad news: It feels like your muscles are on fire. Try it if you dare.
Tips, Training
Christian Thibaudeau September 5

Combos consist of big-money lifts done in rapid succession. Do them right and you'll muscle up quick, along with building speed and power. Oh yeah, you'll also drop some blubber... assuming your heart doesn't explode.
Training
Jeremy Frisch August 8
What happens when a bodybuilder and a nutrition store owner get together and make a baby? What happens when this baby is raised on health foods? What happens when she starts training with weights at age 14?
Training
Chris Shugart September 25

This article will be somewhat different than those I usually write. Instead of taking on one subject and detailing it thoroughly, I'm going to talk about several training tips, exercises, or methods that I find effective.
Bodybuilding, Powerlifting & Strength, Training
Christian Thibaudeau May 23