I admit it, I've held a few of these beliefs myself in the past. So don't be surprised if a few of these myths challenge your own ideas about this great lift.

1 – The deadlift is a great muscle-builder

Mmm, not really. I'm always struck by the large number of skinny guys who have great pulls (me included).

While the conventional deadlift probably stimulates more total muscular topography than any other exercise, it's honestly not even close to the best exercise for any given muscle. Think of the deadlift as a Swiss army knife of exercises – it trains a lot of muscle, but it doesn't train any particular muscle very well.

Now, if you love to pull and want to improve the muscle-building benefit of your deads, consider doing 2-3 inch deficit deadlifts using a "touch and go" style with slow (4-5 second) eccentric or lowering phases. 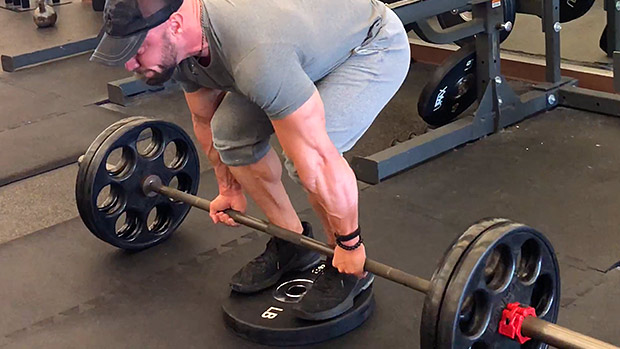 YOUR deadlift might be a squat with the bar in your hands, but if that's the case, I'd strongly suggest you re-think your technique.

If your pull looks like a squat, it likely means that your hips are too low for efficient and safe pulling. This will increase the quad-building potential of the exercise, but that's like saying leaning back when you do curls increases the low-back building potential of curls.

The deadlift is primarily a movement for the posterior chain – glutes, hams, spinal erectors. It's primarily a hip-hinge with a bit more knee flexion/quad contribution than a Romanian deadlift (RDL).

If you insist on "squatting" your pulls, you're reducing the posterior-chain stimulus. Even though that will mean more quad activation, there are better quad exercises available.

To determine optimal hip-height at the start of your pull, videotape your deadlift from the side. At the start, your shins should be as perpendicular to the floor as possible (mostly so that you won't need to "arc" the bar around your knees). If your knees are slightly forward, that's okay, but keep working toward a perpendicular start.

Note: The height of your hips at the start is closely related to your femur length relative to your total height: the longer your femurs, the higher your hips need to be at the start.

3 – The deadlift is a low-rep exercise

One of the longest-standing myths about deadlifting is it's a low-rep (1-5) exercise. But there's no unique attribute that makes high-rep deads a bad idea.

Okay sure, if you're a beginner with unstable form, stay under 6 reps... I guess. But even for competitive powerlifters whose goals focus on improving maximal strength, higher reps are useful during a hypertrophy phase.

If you're not familiar with higher-rep pulls, increase reps gradually until you're confident with heavy sets of 10. Straps are fine unless you're doing the exercise for grip-strength purposes.

And while I wouldn't necessarily recommend super-high rep pulls, some lifters, such as T Nation contributor Dr. Bret Contreras, occasionally go as high as 20 reps. (Bret has done 405x20, in case you think he's just a glute-obsessed keyboard warrior with a PhD).

Regarding safety, almost all significant deadlift injuries occur during low-rep efforts. The most common "owies" are torn biceps and passing out and banging your head after a 1RM attempt. 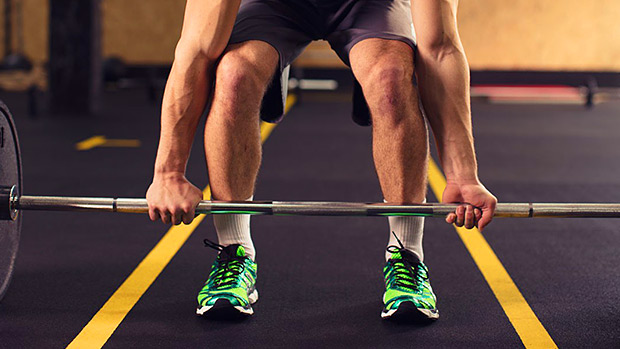 The most serious deadlift injuries aren't low back injuries, but torn biceps from using the alternating or mixed grip. Torn biceps are even more likely if you're an "arm puller."

Tearing your biceps while deadlifting isn't very likely, but even if there's only a 1% chance of a horrible thing happening, I'm out, especially if the upside is questionable at best. If you compete, learn to hook grip. If you don't, use straps.

5 – You can't squat and deadlift during the same workout

"Can't" is a strong word. Now, if you want to pull and squat as heavy as possible, give each move its own dedicated day, at least most of the time. But, assuming you're okay with the tradeoffs (namely, your overall loading will need to be reduced), sure, you can squat and pull during the same session, with a few caveats:

As I've noted in How to Murder the Deadlift, the deadlift is a finicky bitch. She's unpredictable and you never know what kind of a day you're going to have with her. That, coupled with the very heavy loads involved, suggests unique programming concepts:

7 – The deadlift is a back exercise

Properly performed, the conventional deadlift does provide adaptive stimuli to the lumbar musculature, lats, and associated muscles, but these muscles contract statically (not dynamically), and isometric muscle action is the poorest form of hypertrophy/strength training.

Assuming you don't flex at the lumbar spine when you pull, your glutes, hamstrings, and quads will contract dynamically to move the bar, while pretty much everything else contracts statically to stabilize you while you pull.

All of which means that the deadlift is a leg exercise, not a back exercise. 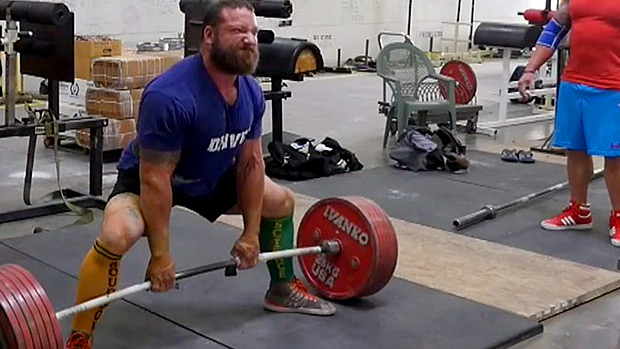 8 – Sumo deadlifts are for sissies

Many of the most impressive deadlift records were performed by short women using sumo-style pulls. These pulls have very short ranges of motion (ROMs), which of course is an advantage when you're lifting a heavy weight.

Sure, sumo pulls (due to their relatively short ROM's) are less effective than conventional deads, but how exactly does this equate to "cheating?" Sumos are legal in competitive powerlifting, which makes them fair game to any competitor who finds them a good fit for their body type.

For noncompetitive lifters, if you can do sumos safely, you find them fun, or just need a bit of variety in your training, what's the harm?

This is a semantic argument, but I think it leads to a better understanding of the deadlift. When I teach people to deadlift, I have them break the movement down into three steps:

10 – Not Everyone Can Deadlift

Most healthy people can deadlift. There are so many ways to vary the movement that it has wide accessibility compared to many other exercises.

Deads can be done with a conventional barbell or any one of a number of modern alternatives. They can be done with reduced range of motion (block or pin pulls) or enhanced ROM (deficit pulls). You can pull sumo or conventional. You can add bands or chains. You can use a hip dominant or a knee-dominant posture. You can vary tempos, and of course, loads.

All of which means that, despite its limitations, a deadlift can be a productive and rewarding component of almost anyone's overall training program.

Pain makes it harder to lift and stay motivated. Not getting relief? Trigger point therapy may be your solution. Here's how to do it.
It Hurts Fix It, Mobility, Soft-Tissue Techniques, Training
Dr John Rusin May 15

Not all forms of inflammation are bad. In fact, acute inflammation is good and leads to healing. Here’s why.
Bodybuilding, Training
TC Luoma July 26