"Most people major in the minor shit."

It's the third time I've been on the phone with Martin Rooney but the first time I've heard him curse. He's just so freakin' polite that you don't expect it, like hearing your Grandma say "shit."

But really, it's hard not to like Rooney. He's so passionate about training I have a feeling he's either doing walking lunges around the room or about to drop to the floor to bang out some push-ups while on the phone. I listen for heavy breathing. Nothing.

"Over the last twenty years, I've been on a hunt," he tells me. "While others were looking for the magic bullet, I was reading, writing, presenting at seminars, and slowly coming to the conclusion that exercises and all the other stuff guys obsess about don't mean much. It's the principles that matter. Your program could be a million degrees different than mine, but if you follow twelve principles it'll work."

"If you look at the fitness industry, it's turning into this train wreck of good or bad, right or wrong. Everyone has to choose a side. I mean, people are arguing about squats and sit-ups and plyometrics...it's getting ridiculous. What I wanted to do was come up with principles of training that just couldn't be refuted and are absolutely essential for short and long-term success in the weight room."

So what, I ask him, are these twelve principles and why aren't most guys following them?

The phone is silent while he thinks.

"I guess they just really like to argue. But I'm not concerned with that. Any athlete who wants to get nasty I say, look, you want to get strong, jacked, and ripped? You gotta follow these principles."

"If you're not going to stay consistent and put in the hours, weeks, months, or years, I don't care what you know," says Rooney.

According to him, we're all looking for the path of least resistance, trying to find short cuts when none exist. "I'm about the path of most resistance," he says. "We're supposed to make it hard and keep adding new stimuli. That's the whole reason why we train, to adapt and move forward. Also, you can't forget the BIG rule."

"Butt in Gym," he says. "If your butt isn't in the gym I don't want to hear about how you're not getting results. And continuity isn't that complicated. Hell, if you did a couple hundred pushups, 100 squats, 100 chin-ups, 50 deadlifts, and 50 bench presses every week for five years and ate pretty well you'd be in pretty good shape."

Plus you wouldn't have to read any science books. 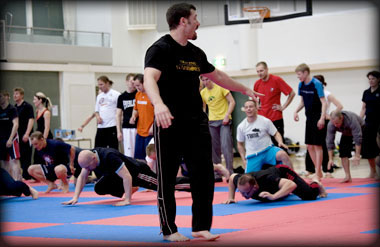 "When I was training for the Olympics on the US Bobsled Team we had a Russian coach who just beat us into the ground," says Rooney. "None of us knew what we were supposed to accomplish, we didn't believe in the training, and we didn't get good results. We just hurt. If we had a better understanding of what was going on, maybe it would have led to better results."

So take a look at the components of your program. Do you know why you're ramping the weight or what cluster sets are supposed to accomplish? You may want to figure it out to get the most benefit.

Like any self-respecting GI Joe understands, knowledge is power.

"This must be placed into the program first since it's where actual gains are made," says Rooney. "Training six days per week isn't going to do anything for your body but break it down unless you've got recovery built in."

Examine your sleep and make sure you're getting a minimum of seven hours of quality sleep.

Examine your nutrition (more on that in a bit).

Make sure your "off " days are truly "off." That means no training in any capacity.

"Jogging on the treadmill isn't my idea of rest," says Rooney. "Get out of the gym and go eat."

"There's an entire continuum of exercise before we get to the sexy stuff," he says.

"Depending on the guy, we may do bodyweight stuff for a few weeks or even a couple of months before we touch the weights."

This is to prepare your body for the stress it's about to endure, teach your body to recruit all of its motor units, and increase body awareness.

"That's the classic nature of people, though," says Rooney. "We'll skip the basics and get pissed when the sexy stuff doesn't work." 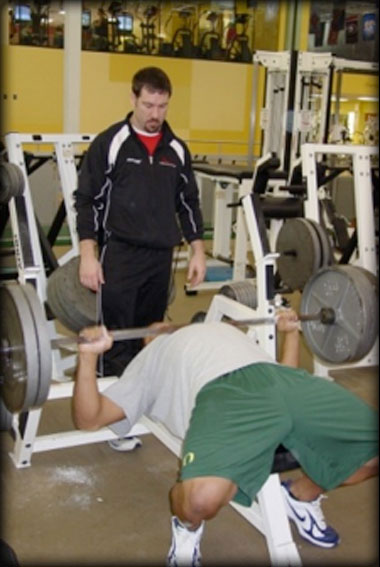 A program must address your individual needs.

"What works for you may not work for me," he says. "We all love to play the game where we want to jam the square peg in the round hole, don't we?"

The point Rooney's trying to make is you already know what's best for you. You know where you're tight, where you're weak, and what you're eating that's bad for you. Chances are you're just too much of a wuss to do anything about it.

"Your body is an incredible informant, but most of us have lost the ability to learn from it," says Rooney.

You've built the foundation, but now you have to specialize. Want to get huge muscles? Want to become a powerlifter? You have to plan what you actually want to achieve.

"A lot of programs violate this," says Rooney. "You got the guy who's been doing full-body workouts for years who still wants bigger arms. Yeah, the bench press can be a great exercise, but if you have a barrel chest and arms like a T-Rex it's time for some curls and extensions, man."

Next to plyometrics, situps, and squats, periodization is the most dangerous word in training.

"Let's cut through the crap," says Rooney. "All periodization means is to have a plan. Preferably one you've thought about for a while and wrote down. I don't care if it's for a day or a week as long as you have one. And really, I never go beyond a week of training because you can't see that far into the future and predict your results. You gotta go with what your body can give you that day."

According to Rooney, training is like a religion: You were born into your parent's religion, and now it's yours.

"But what if you started to challenge it?" says Rooney. "Do you know how much inner turmoil and pressure there'd be? It'd be incredibly difficult, right? Well, it's the same thing with training."

Maybe you had a high school football coach or a mentor who "showed you the ropes." Chances are whatever style of training they had you do is the same style of training you're still doing, even if it's not the best style for you.

"We're adaptive organisms and our training program has to constantly change and evolve for us to progress," says Rooney.

Your program must be created with an effective use of time.

"You either got the guy who doesn't do shit or the guy who trains straight through for three hours till he's eating his own flesh," he says. "We all know what happens with decreased Testosterone and increased coritsol after training for that long."

Rooney wants you to get in, hit it hard, and get on with your life.

"But it's different for everyone," he says. "You only need to spend so much time training to reach your specific goals. For some that may be three hours per week. For others it may be five or six." 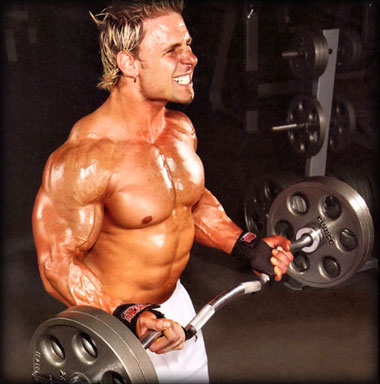 Your program must have periods of increased demands.

"We were born in a body well suited for variety and growth," he says. "It stimulates us. It changes our brains, puts resistance on our bones to get stronger, and enables us to grow bigger muscles."

If you never add any weight to the bar, lower your rest periods, increase your sets or reps, or change the angle of force (moving from an incline bench press to a decline bench press, for instance), the results will stop coming.

We all know the guy who trains for hours per week, but then immediately heads to McDonald's. "It's like the guy who puts creatine in his Diet Coke," says Rooney. "I just don't understand it."

If you know what to do but you're not doing it, Rooney doesn't care that you know it. "It's simply a lack of discipline."

"Food is the most important medicine you can put into your body," he says. "Get your lean meats, veggies, fruits, nuts, and water. And when you've got that figured out add in a multi-vitamin, green tea, etc., and focus on peri-workout nutrition."

Yeah, it's common sense, but if have a program that's ripping off pecs or tearing quads, you may want to re-think your priorities.

"I'm not against any lift," says Rooney. "I don't think anyone really has a true understanding of what the body can and can't endure. But I am against power cleans if you're not strong enough to clean two socks off the floor."

Again, it all comes back to knowing your body, following your goals, and not doing stupid shit you don't understand.

Like Rooney said, we can argue all day about whether squats or sit-ups are bad, or if TBT is better than HIT. But when you get down to the essence of any program, it must include the 12 Principles. Without them, you can pretty much kiss your ideal body goodbye.

So what about you? Do you have any of your own principles to add to the list? Let us know in the discussion forum!

Don't let an injury keep you from doing the big lifts. With these variations, you won't lose an ounce of muscle size or strength.
Deadlift, It Hurts Fix It, Squat, Training
Dan Blewett May 24

There are plenty of splits that train all 11 body parts, but do you know the pros and cons of each?
Training
Chris Colucci December 7 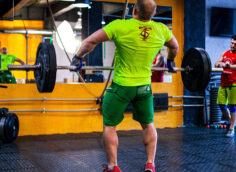