The stage system is one of the most versatile programming strategies around.

Training for scary strength? It excels at that. Training to build size so you can upgrade those extra-medium T-shirts? It can be adjusted for hypertrophy. Want to get faster for sports? The stage system has you covered.

What Is The Stage System?

The stage system includes multiple levels of loading on the first big exercise of your workout. It's simple: The first stage (2-3 sets) is performed heavy. The second stage (1-2 more sets of the same exercise) is performer lighter.

A few examples of how these stages might play out:

Historically, all the attention with respect to PAP has been devoted to how it can impact subsequent power production. In other words, a heavy set of squats may help you get a bit higher on subsequent vertical jump attempts.

However, what a lot of people have overlooked is that heavy loading can improve subsequent performance with all submaximal loads, not just those used for power training.

That means your heavy loading can improve your ability to get in more quality volume-oriented work at a higher percentage of 1RM to pack on muscle mass.

It's yet another example of how – all other variables held constant – a stronger lifter will have the potential to also be a bigger lifter.

To make the most of the stage system, though, we have to understand how to apply it correctly with each goal. 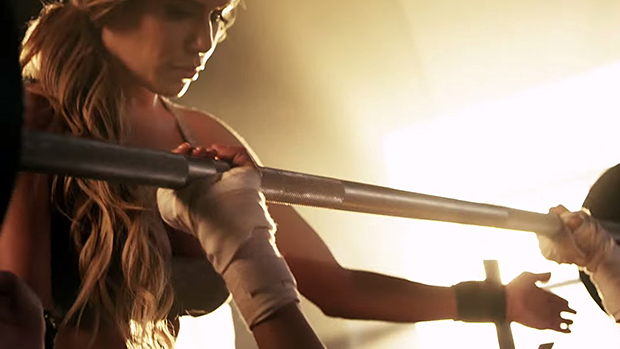 Rules of the Stage System

Only use the stage system for one of the exercises in a training session. It should always be the first exercise of a given training day.

The reason? Your first "stage" has to be heavy, so the last thing you want to do is perform it as the second or third exercise of a workout when you're already fatigued.

As such, this approach lends itself better to compound exercises like squats, deadlifts, presses, rows, and chin-ups. Don't use it for direct arm work or calf training.

Additionally, the stage system doesn't lend itself well to supersetting because the potentiation is short-lived. Potentiation lasts 3-10 minutes, and 10 is pushing it. Plus, adding another exercise adds more fatigue to the equation, and that can reduce the benefit.

Your first stage (the heavy one) should always be for multiple sets.

Research has demonstrated that PAP is optimized with more than one set. It's almost as if it takes a few sets to wake the nervous system up.

While your first stage should be heavy, it shouldn't be absurdly heavy.

Rule of thumb: You want the concentric (lifting) component of the lift to be completed in under 3 seconds, assuming you're attempting to move the bar as fast as possible.

As an example, I'd call this lift slightly too slow. The PAP effect probably would be better if I'd been working at 575 pounds instead.

Your weight selection will also be governed by your training goal:

Aside from the strength-related folks, the goal of the initial stage is completely about creating the heavy side of the contrast to optimize the PAP effect.

Always take your time between stage 1 and stage 2.

Fatigue is your enemy when it comes to optimizing subsequent performance. Heavy sets should make you feel strong and athletic, but not fatigued.

How to Choose Your Weights

So, how much should the drop-off be from first stage to the second stage? It'll depend on your training history as well as individual differences in muscle fiber types.

The more slow-twitch you are, and the greater your history with bodybuilding and endurance type activities, the smaller the drop-off.

The more fast-twitch you are, and the greater your history with lifting really heavy weights, the bigger the drop-off will need to be.

As a general rule of thumb, drop about 3% per rep. Let's use a 2x3, 2x6 stage system bench press as an example:

This is more of an issue with intermediate lifters who have to "feel out" where their strength stands. You simply won't get the benefits if the sets in your first stage aren't heavy or plentiful enough, so don't count things until the going gets tough. 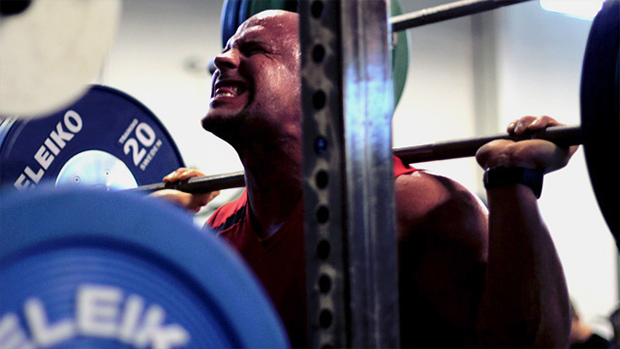 Using the Stage System for Strength

Ask yourself this question:

Is the limiting factor of my strength due to neural efficiency or cross-sectional area (muscle size)?

If you aren't neurally efficient, do more work in the first stage. This is most common in intermediate athletes who may look big, but not be that strong.

If you need to get bigger to get stronger, devote more attention to the second stage. This would be more applicable to an accomplished lightweight lifter who wants to bump up a weight class.

Examples for both scenarios:

Bigger Athlete in Need of Neural Efficiency to Get Stronger

Stay with 2-4 reps on sets in the first stage, and with 5-8 reps on the second stage. 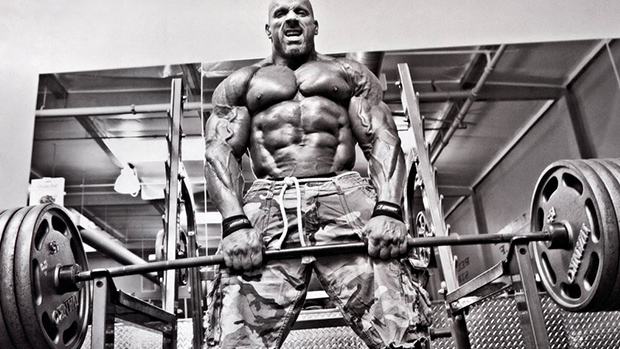 Using the Stage System for Size

Using the stage system to build size is very similar to the second strength scenario above, but you have a lot more wiggle room to do some crazier stuff on your second stage.

Note: If you get really bold with huge back-off sets, you won't be able to get in a lot of quality work for the rest of the session.

The 15-20 rep set in the last scenario is a good example. If you do this on a set of squats, don't expect to be able to go and do deadlifts with appreciable loading or volume as your second exercise of the day.

Use high-rep back-off sets sparingly. They sound sexy, but if you go back and look at your training logs, you'll realize that you actually get in more high-quality training volume over the course of a session when your second stage work is in the 6-10 rep range.

Remember, the goal is to use this approach as a strategy for making your training program denser – more volume in less time.

Using the Stage System for Speed

If your goal is improving power, you're not technically going to be using the stage system. Rather, you'll be doing complex training.

It might sound like wordplay, but with the stage system, all sets are done with the same exercise. With complex training, the heavy loading comes with one exercise, while the lighter (or unloaded) portion occurs with another movement.

An example would be doing heavy squats, then moving to either a lighter jump squat or a bodyweight-only vertical jump. The effects are comparable, but just with different exercises.

You can, however, still use the stage system for improving strength-speed – very important for long-term powerlifting improvements. If you can move a bar faster, you'll like your chances of completing the lift a lot better.

A good approach here is 4x1, 4x3, although the total number of sets on the first stage can fluctuate from week to week within a monthly program.

The singles in the first stage will be at about 90% of 1RM, whereas the "back-off" sets of three are at 60-70% with the focus being on perfect technique and bar speed.

This approach works really well with deadlift training. In particular, this is a great option on the days when you're just not feeling great and the bar speed seems slow. Cut short your heavy stuff and just try to be as fast as you can with perfect technique at a submaximal load.

As noted, you can shift things around with this approach and incorporate some variety with respect to heavy/slow to lighter/faster transition schemes. Just remember that the potential will wear off, so you likely won't see a ton of benefit doing more than 5-6 sets on your second stage. 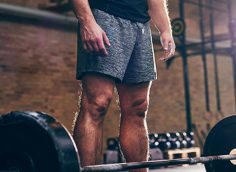 After making some fast progress, is your deadlift now stuck in a rut? Here's how to fix that.
Deadlift, Powerlifting & Strength, Tips, Training
Paul Carter January 22

If you miss your big pulls at the bottom of the lift, there are three problems that need to be addressed. This accessory exercise fixes them all.
Tips, Training
Tony Gentilcore November 2 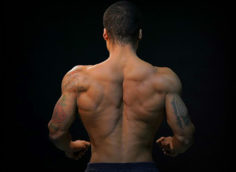 Inverted row is an excellent back builder, but it's hard to load up. Here's how to effectively add weight to the inverted row.
Back, Tips, Training
Andrew Heming February 2

Most ab exercises are garbage. But do these 4 types of ab movements each workout and those babies will pop through.
Abs, Bodybuilding, Training, Weightlifting
Eric Bach May 3