"How Long Do I Rest Between Sets?"

Coaches get that question all the time. And no, we didn't forget to include rest periods in our workout programs.

Good coaches just know that too much detail kills good programming. And assigning arbitrary rest times that go by the clock is a great example of a program-killer.

These days, wannabe and up-and-coming fitness experts try to out-complicate each other with useless details. Assigning rest times between sets is an example of this. And it's a huge mistake.

When following any program written by someone else, it's vital that you focus on internal clues – your own personal subjective feedback.

These cues are far more important to your progress than are any arbitrary external cues assigned to you by someone who doesn't even know you and has never seen you train.

So how do you gauge rest times between sets or complexes for physique enhancement?

The best approach is to gauge internal biofeedback cues that are unique to you and where you're at with your current workout program and conditioning level.

This means understanding subjective feedback within the workout itself and not relying on being "dictated to" by objective criterion like the clock. Gauging rest intervals is a lot different than timing them.

But when they say this they mean "more or less" five minutes to complete recovery. It's a gauge, not a dictation. It was never meant to mean that if you do your next set at 4:45 then you haven't rested enough and have violated the program.

Yet this is the kind of nonsensical interpretation people are making by getting so wrapped up in details. Details like these are meant to provide guidance, not prescription.

Kevin Weiss, two-time raw world powerlifting champion, says that he rests long enough to change the weights during warm-ups, and "as long as it takes" during work sets... and maybe a little longer than that for deadlifts.

There's no clock in his home-gym dungeon. And he doesn't sit there looking at his watch or smart phone wondering if he should do his next set. He gauges his performance readiness, and then he does his next set when he can do it with equal or greater intensity.

This is a subjective internal cue that's developed with experience. And it's something the clock can never measure for you.

The One and Only Indicator

Sufficient time should be taken between sets to have recovered from the previous set and with a subjective determination of performance readiness for your next set.

The harder the set, and the deeper the oxygen debt from it (especially if you're training with complexes), the longer the rest interval should typically be, especially when training for physique development.

You undertake your next set only when you know you can perform it with equal or greater intensity of the previous set. That is your indicator, not the clock.

The "Gurus" Have Got It Wrong

Many self-proclaimed fitness experts either ignore (or are simply ignorant about) the "readiness to perform" rule. And although they write programs for other people that include strict rest periods, they don't use them themselves.

In fact, I've yet to see an advanced lifter watching the clock to know when to perform his next set. So why is he telling you to do so? Why not just educate you about internal cues and provide only rough guidelines for rest periods?

To reiterate, working within complete or incomplete recovery should be dictated by subjective internal cues – oxygen debt, degree of muscle exhaustion, and subjective interpretation of "readiness to perform again."

These things have nothing to do with external cues like timing your rest by the clock. Utter nonsense. 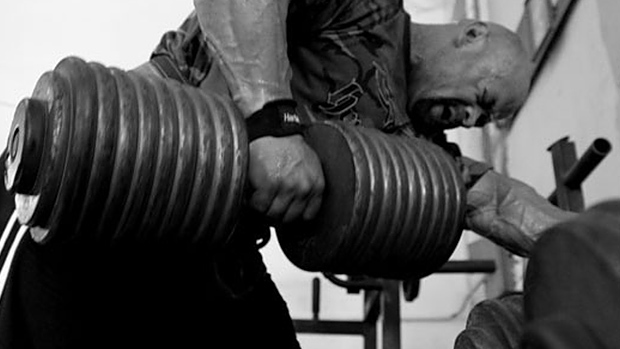 We talk a lot about work capacity, and work capacity is an ongoing adaptive response to whatever form of training you're undertaking.

The closer an athlete gets to optimum and maximum work capacity, the more exhausting that work is going to be – rep to rep, set to set, day to day. This has a huge influence on rest times.

Two lifters are doing dumbbell rows at the gym. One is a more experienced lifter and the other is working with the typical (read: not very good) personal trainer.

When the trainer's client is finished with his set, he continues the conversation they were having before the set. He's not out of breath. He's standing up straight like nothing had happened.

Conversely, when the experienced lifter finishes his set of the exact same exercise, he feels he's going to lose a lung and has to sit down for a good minute before even contemplating his next set.

So to tell them both they should rest for 90 seconds after the set is over completely negates the subjective experience of training that should go into assessing rest times. Again, utterly ridiculous!

Now let's discuss the relativity of rest times in terms of the exercises themselves. Obviously, a set of concentration curls won't demand the same amount of rest time as an all-out set of 20 reps in the squat.

So in relative terms, telling people they should be able to recover in 30-45 seconds from the concentration curl is acceptable as an external gauge to recovery.

But in max efforts in something like the squat, where experience, technique, conditioning etc. all affect how much work the muscles are actually doing (as well as the systemic nature of the squat compared to a one-arm concentration curl) even suggesting rest times doesn't make sense.

An experienced bodybuilder is going to get a lot more out of a max performance set of 20 rep squats than is an intermediate lifter.

His recovery and subjective gauging of "readiness to perform" the next set will be entirely, qualitatively different than an intermediate trainee whose body hasn't even learned automatic technique in the squat.

To assume that both of these lifters should rest relatively the same amount of time is simply a ridiculous assertion that negates real-world, in-the-trenches training. 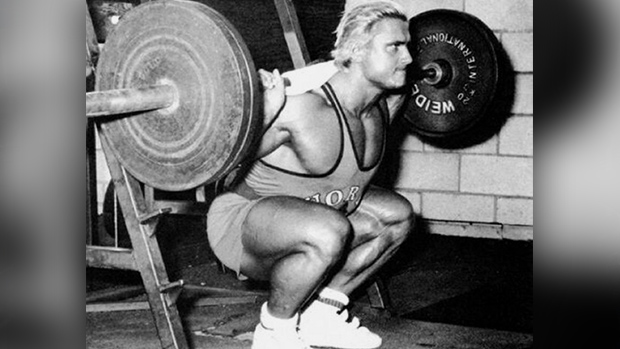 Years ago, Tom Platz squatted 500 pounds over 20 times with Fred Hatfield spotting. Maybe you've seen the video. Well, I was in the room.

Are we really going to say that Tom Platz's rest time to recover from that set is going to be relatively the same as Joe Average reading "squats x 20 reps, then rest two minutes" on his worksheet?

Are we going to imply that Tom Platz simply isn't as fit as Joe Average if he can't recover in two minutes after his set of 20-plus?

To even insinuate such a notion is to disqualify oneself as an expert in the fitness arena and displays a lack of understand about energy systems and work capacity.

Measuring rest times by the clock is one example of this. Learn the importance of gauging rest intervals, not timing them.

Learn to train with your body, not with your ideas.