What is the "perfect" snatch? Go ahead, pause a moment and think naughty thoughts.

Oh, I can hear the naysayers already, "Snatch? I can't snatch. That's too hard to learn!" Really? I guess I didn't realize that since I see clients from all walks of life learn this drill in minutes!

The basic technical set-ups and techniques I use for teaching the single-arm snatch are as follows: 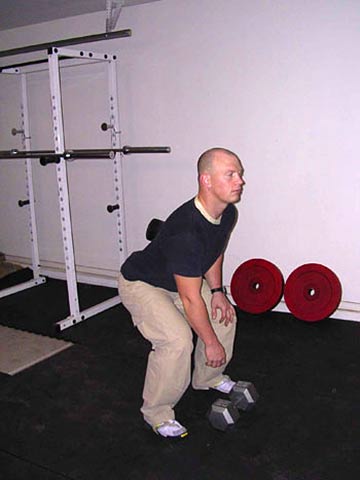 This is the basic stance. Note the slight bend at the knees and hips. 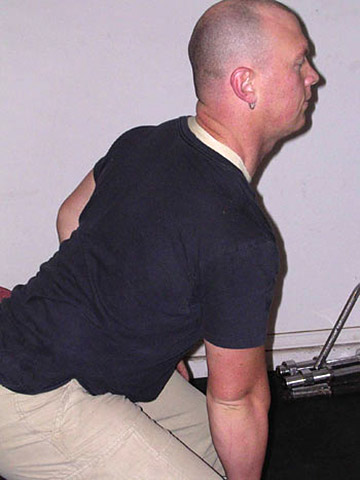 This will allow you to maintain proper posture throughout the drill. 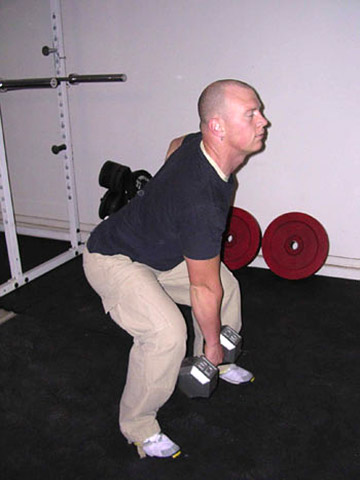 The tendency with any type of snatching movement is to pull with your arm(s); however, the arms should really just be guiding the weight up the body. The "noodle arm" technique should help to minimize over-pulling with the arms. 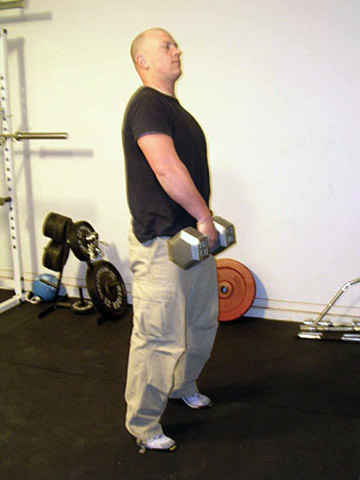 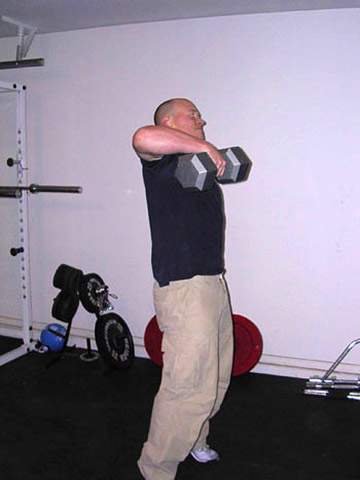 As the weight moves upward, there's a finite distance it can travel on that path. In order for it to reach full height, you need to "make room" by moving the elbow out and up. 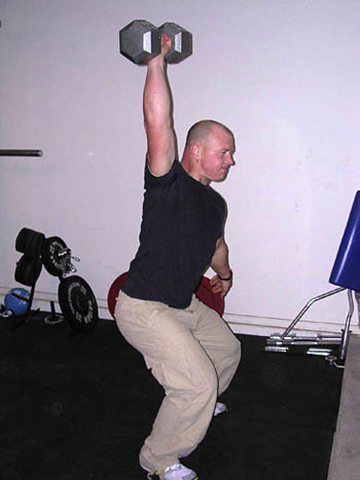 The "drop" is nothing more than slightly bending the knees and hips as the implement reaches its highest point. This technique might not be necessary on many of the variations of the single-arm snatch; however, it'll increase your success rate, especially when working with heavier loads.

Here's a video of a modified version of the Burgener drill, developed by head US Olympic weightlifting coach, Mike Burgener. It should help clear up some of the misconceptions associated with learning the snatch and its variants. As a matter of fact, it took me about two minutes the other day to teach one of my clients how to single-arm snatch using this drill.

One of the other common objections is, "I'm a bodybuilder, so I don't need to do snatches." Okay, I realize that a lot of bodybuilders don't care about being strong. So how might single-arm snatches be useful to them?

Generally speaking, snatches can be used much like short distance sprinting is used in many bodybuilding-type programs. Although they can be used to help build quality muscle, hypertrophic pursuit probably isn't their strong point. That only leaves us with one other option: getting and staying lean. Single-arm snatches are a great asset in the battle of achieving lower body fat levels.

Here are just a few of the benefits of performing single-arm snatches:

Since there are so many different implements, I thought I'd narrow it down to four of the more common ones and expand on them a little.

Probably the most readily available tool. Also, it requires the least technical skill. If I were going to start a home gym program, a dumbbell from Play It Again Sports and some single-arm snatches would be a great way to begin.

Kettlebells require a "punching" technique to finish the movement or else you'll end up whacking yourself on the forearm. Still, they're versatile implements.

Although very common and very versatile, the barbell is somewhat more technical to use due to the more extreme leverages involved.

This is probably the most primal and the cheapest of all the common implements. For all of you do-it-yourselfers, all you need are sand, burlap, and duct tape. It doesn't get much cheaper than that. Technically, you just need to get the bag from the ground to overhead.

I just had to throw this fifth one in for fun. I guess they call it multi-tasking. Not only do you get water from it, but you can also use it for exercise. Seriously though, talk about an unstable object! I'd recommend that most people spend a bit of time perfecting their technique and strength prior to trying this baby.

There are numerous protocols for performing single-arm snatches. Although I've listed a few of my favorites below, you should experiment and find something that works for you and that you enjoy.

There are many different complexes you can devise using the single-arm snatch as your base drill. The following is one of my favorites:

That's one complete cycle. Perform 5-10 cycles per side.

This protocol was written by Bill Cullen. If you're looking for some serious work, this is the program for you.

This would be an excellent drill to use either near a treadmill or to take outdoors to a track. If this exact protocol is too much, then feel free to modify it to meet your needs.

I love to use this type of drill with my athletes. You'll need two implements, and they don't necessarily have to be the same weight. I prefer 24 kg and 32 kg kettlebells. Place the kettlebells 20-50 yards apart. Starting with the heavier weight, perform five snatches per arm, sprint the 20-50 yards and perform five snatches per arm with the lighter weight, then sprint back to the start.

This a ten minute, timed work interval that's a frequent training protocol among the serious kettlebellers. Simply set your timer for ten minutes and perform as many total snatches as you can. It's said that the best at the drill can do more than 200 reps with the 24 kg kettlebell. If you need a lightning quick and productive training session, this is the protocol for you.

Although I haven't really touched on any straight-set protocols, 5 x 5 works very well with single-arm snatches.

Hopefully, the above protocols have helped to give you some ideas as to the versatility available with this one simple drill. We are, however, still left with the $50,000 question to answer: "Should I use single-arm snatches in my fitness program?"

Well, if you're looking for a drill that's easy to learn, can be applied toward almost any fitness goal, and is so versatile that regardless of where you train you're almost always assured of being able to perform it, then single-arm snatches are a drill you're going to want to try out! 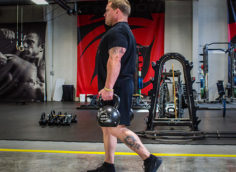 Find your weaknesses in half a minute with this full-body scan. Then, of course, fix them! Here's how.
Powerlifting & Strength, Tips, Training
Andrew Heming April 17