Answer: The most successful strength and conditioning programs have this in common.

Question: What are power cleans, Alex?

Yep, it's true. The power clean has been in the arsenal of the most successful strength and conditioning programs in America for quite some time now. The football programs of Nebraska, Florida, WSU, Texas and Tennessee have pioneered the use of the power clean and are renowned for producing some of the strongest and most powerful athletes year after year. Not only that, the power clean is an important staple in the training of virtually all track-and-field athletes.

In fact, the power clean is often regarded as a "miracle" exercise. It's touted as being the best way to develop applicable power and strength for most sports, especially power dependant sports such as football, basketball, rugby, track and field, and volleyball, among others.

I'm an Olympic weightlifter and an Olympic lifting coach, but believe it or not, I don't think the power clean is the best exercise to develop strength and power (power being regarded as explosive strength or speed-strength). That's right! I believe there's a superior exercise that blows away the power clean: the power snatch.

Obviously, the power snatch requires a greater explosion because you must create more momentum for the bar to be successfully flung overhead. There's also less room for arm and lower back pull in the power snatch. Sometimes an individual will execute a power clean that has much more in common with a reverse curl done with lots of cheating than to an explosive Olympic lift!

In the snatch, relying on arm pull and back hyperextension will result in a missed lift most of the time. To be successful with the power snatch you really must emphasize hip and leg drive, which are more specific to most sports.

Let's break down the key points:

a) Shoulders above or just forward of the bar

b) Arms loose and extended

e) Toes directly under the bar

g)
in front of you

a) Powerful explosion upward (not backward!)
b) Legs fully extend
c) Traps contract forcefully
d) Basically the lifter tries to "jump up"
e) Bar is kept close to the body
f) Arms bend somewhat, but that's because of the momentum of the bar, not arm pull

a) Once the bar is stable, the lifter stands up and the lift is completed

Step Nine (Optional)
Look around for the guy you saw earlier curling in the squat rack. When he gets close, see if you can drop the bar on his toes. Then go talk to aforementioned vixen.

What are the benefits of the power snatch over the power clean? Most importantly, it's just really fun to say the word snatch in public and make crude jokes. You just can't beat that, can you? Seriously, besides the greater involvement of the legs and hips, there are many advantages to the power snatch:

Regardless of the formula used (they're all derivatives of each other), we can say that power output can be influenced by the force output (F = MA), the velocity of the movement, and the distance traveled by the bar.

Here's a quick rundown of the advantages of the power snatch:

• The power snatch requires greater control of an object moving in space.

• The power snatch is the safest of the Olympic lifts because of the lighter load used, thus less stress on the tendons and ligaments.

• The power snatch really relies on the full triple extension (ankles, knees, hips) which has a great transfer to many athletic movements.

• The power snatch builds confidence for the power clean and the jerk.

• The power snatch is probably the most motivating exercise to do. When done right it feels effortless, not to mention that it's very satisfying to lift a load straight over your head.

I'd strongly recommend that the power snatch be part of any good strength program. It's one of the best ways to develop the capacity to generate power, it's the safest of the Olympic lifts, and it's the most fun and motivating one to do!

Just keep in mind that the athlete's objective for the power snatch (and the Olympic lifts in general) is an increase in power output. For that reason, maximum loads shouldn't be attempted. The acceleration reached, not the load used, should be the main marker of improvement.

As such, a load of 75 to 85% of 1RM for three to six reps is ideal for most athletes. Increase the amount of weight only if acceleration and proper technique can be maintained for the whole set. This will help you build a healthier and more powerful body.

And you'll get to say snatch a lot in public without getting your face slapped.

To help you better understand and coach Olympic lifting technique:

Drechsler A., The Weightlifting Encyclopedia, A is A Communication, 1998

To help you understand how to plan and periodize Olympic weightlifting into a sport-specific strength training program:

Drechsler A., The Weightlifting Encyclopedia, A is A Communication, 1998

Tough, tough love from 7 coaches; stuff that will make you pull the pillow over your head and shout, "no, no, no!"
Bodybuilding, Training
T Nation June 18 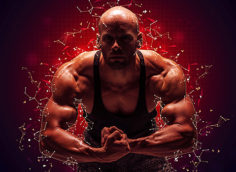 Can lifters who use assistance really ever go overboard with training? Get the facts here, plus some tips for natural lifters.
Training
Christian Thibaudeau July 13
Get revitalized and ready for your next mass program!
Training
Don Alessi July 8