Last week, we featured part 1 of this interview where Coach Alessi discussed interesting ideas concerning muscle potential; in other words, working muscle groups that have been neglected (and thus have a great potential for growth) in order to make gains in stubborn, sometimes overworked muscle groups (like working traps in order to get bigger biceps).

In part two this interview, Coach A talks about steroids, nutrition, HIT training, and his controversial Meltdown Training program.

Don Alessi: [Laughing] I wish they were legal! I experimented with them when I was competing and they're just very powerful drugs. Not so much that they're dangerous, I don't mean that. I think it's been proven many times that they're not necessarily dangerous, but they're just so psychologically powerful.

I would never use them again; it's been well over twelve years since I dabbled with them. The point is, they lead to quick gratification; they're an instant cop-out. As I like to say, they make you big, dumb, and stupid. The problem is that once bodybuilders come off the drugs, they not only deflate physically and emotionally, but they haven't learned anything!

T: So now they have no idea how to diet or train because they always relied on the drugs to make up for their lack of knowledge.

DA: Yes, and the problem is that their will isn't even there anymore. They no longer even want to learn. They believed that steroids were their last ditch effort and if that didn't work, then nothing will. I think steroids have built a lot of champion bodies and I think they've destroyed some potential champions as well.

I can honestly say that I'm in much better shape, in terms of strength, hypertrophy, overall development and health, than I was when I was using steroids. It's all based on knowledge and hard work.

T: All that sounds like you're anti-steroids these days, but you said you wished they were legal. What's up with that?

DA: I think I say that because so many of my clients are baby boomers and they could legally get some help if they went to the doctor and got a blood test. So a lot of my opinion comes from my sympathy for the general public. They have the absolute wrong notion on it. Steroids aren't these dangerous and evil things and they could really help a lot of people.

T: So you'd like to see doctor-prescribed, doctor-monitored, safe and sane doses?

DA: Exactly. The black market only leads to crime.

T: Along with ILS (Imaginary Lat Syndrome) those are givens. What else pisses you off?

DA: Like I said earlier, using genetics and overtraining as an excuse to cover up for a lack of discipline and lifestyle consistency is a disturbing trend. But what pisses me off the most is the health club industry using the "bait and switch" tactic with personal training – trying to lure the general public in with this promise of personal training only to find that the "trainer" is just a salesperson who's never going to be there for them. This nickels and dimes the truth in personal training – that it can be a positive force that changes the rest of a person's life.

T: Is this like those commercial gyms that puts everyone asking for help on the same circuit machine program?

DA: Yeah, a "customized" personal training program where everyone is doing the same damn thing on the same circuit that doesn't do anything anyway!

DA: Are there any HIT people still out there that didn't get injured from it?

T: Well, what few are left are very vocal.

DA: That's because they have nothing better to do than be vocal because they're training doesn't take any time! Honestly, HIT wasn't that high intensity anyway. Intensity is defined as the relative amount of your 1RM (one rep max) at which you're working. These guys were doing ten, twelve and fifteen RM which is moderate to low intensity.

Does it have a time and place? Yeah, it does. It can definitely be fed into a macrocycle periodization where you drop the volume down so your body can recuperate a bit. But to use it as a constant training system? It doesn't work and it can lead to injuries. I've seen more injuries, connective and soft tissue, because of prolonged HIT training than any other method of training.

T: What do you think about training to failure?

DA: It needs to happen once in a while. Studies show the closer you get to your 1RM, the more motor units get recruited, especially the type-IIB motor units that have the most capacity for hypertrophy. So one of the best ways to gain muscle size is to work on strength training and go close to your 1RM.

It doesn't necessarily have to happen all the time. Testing your 1RM periodically before and after a strength training microcycle is the best way to do that. And most importantly, you need to do at least five to seven low-rep warm-up sets before you attempt something like that. Also, rest five to ten minutes before you test your 1RM.

T: What are your general ideas about diet? What kind of diet do you put your clients on?

DA: My philosophy is "master the mundane" when it comes to nutrition. Poliquin once said that if it runs on land, swims in the water, or is green, you can eat it. So simplicity is important: higher protein levels, fewer carbs, etc. There was a study done not long ago that said the average person can't store much more than a 100 grams of carbs per day anyway.

T: That's interesting because all I have to do these days to lean up is drop the carbs to about a 100 grams a day. That's it, and it works great.

T: How much protein and carbs do you recommend?

DA: I get my clients on 1.2 to 1.8 grams of protein per kilogram. For carbs, it's different with everyone. The ones who are hell bent to shed the most amount of fat in the shortest amount of time, we can get them down to 30 or 40 grams of carbs per day, so it becomes somewhat ketogenic. But that's not for everybody.

Basically, if you keep the carbs down to around 100 per day or you just have a small complex carb with each meal, you're going to meet with success. So for the average person, 100 grams is a good marker for carbs, 1.5 grams of protein per kilogram, and they should get in a lot of smart fats.

T: Let's talk about Meltdown Training, which has received a lot of attention. Why the heck are we using slow concentrics (the lifting portion of the exercise) in this program instead of slow eccentrics (negatives) like we're used to?

DA: We do that for two reasons. Number one, the average person doesn't lift slowly concentrically, so it does create intermuscular tension and gives a unique adaptation so that your body is going to get better at controlling that positive motion.

Number two, the research indicates that more growth hormone is released via the concentric portion of the lift. So the concentric seems to stimulate more lactate, which in turn fosters higher levels of GH.

T: Does a GH burst during training really make a difference?

T: Really? Because there's some controversy about what effect, if any, these natural GH fluctuations have on a person's physique.

DA: There's no controversy as far as I'm concerned or from anyone who's actually worked with it because we've seen results. I think some of the controversy is because exogenous or synthetic growth hormone doesn't necessarily have a good effect on muscle growth without combining it with Testosterone and insulin like the pro bodybuilders are doing.

But I just looked at a research article last night that suggested that growth hormone stimulates the synthesis and secretion of IGF-1 in the muscle which then acts on the muscle itself to promote growth. So in short, internal growth hormone may be better than the drugs if you know how to manipulate it. This is one thing that Meltdown does through the slow lifts.

T: I can't believe I'm saying this, but is it then possible to gain muscle and lose fat at the same time with something like Meltdown Training?

GH has always been talked about as being lipolytic, a good fat burner. But in real life I've seen the opposite. I've seen more hypertrophy from naturally occurring GH than accelerated weight loss. When I was getting ready for a photo shoot a while back, I was doing this type of training twice per day and my nervous system was so hyped up I could hardly eat anyway! The results were just so powerful I was motivated to continue with it. There's no doubt that you can use Meltdown to gain size and lose fat at the same time.

T: Meltdown Training twice per day? Man, you're either sadistic or dedicated, I can't decide which! Next topic: Are aerobics evil?

The converse is not true. In fact, strength training helps hypertrophy. Bodybuilders must tap into the nervous system more often to slingshot the results. That's called the reactive strength method, meaning waking up the nervous system to be able to put more TUT to the muscles at a higher percentage of maximum.

T: So the bodybuilder or the guy who just wants to look good needs to delve into powerlifting every once in a while, but the competitive powerlifter needs to stay away from hypertrophy training/bodybuilding?

DA: Yes, I want to go out on a limb here and say that in the very near future, by combining effective supplements, such as those Biotest produces, with precise periodized training prescriptions and active recovery, I think we can turn steroid free mass gains on its nose within the next year. My advice for all T-mag readers is to get on our bulldozer or become part of the pavement.

T: Amen! Thanks for the interview, Don. Can't wait to see what you have in store for us in the future.

Keep an eye out for Coach Alessi's new Question and Answer column that will debut here at T-mag in a few weeks. 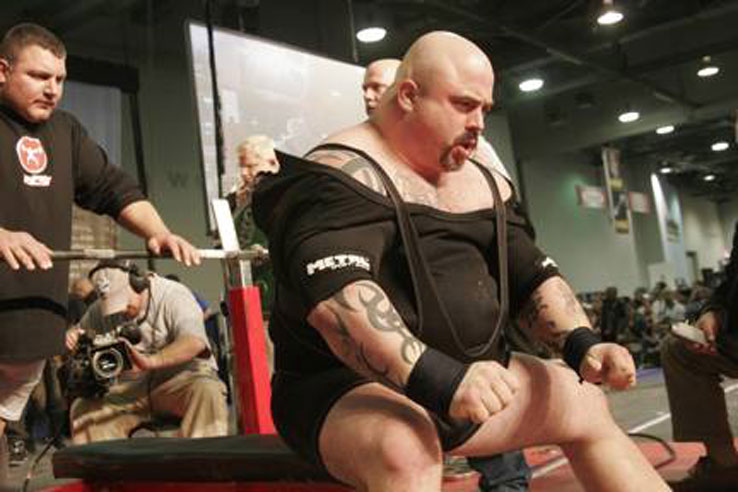 Dave doesn't waste words. In fact, when he met his wife, he just pointed to what he wanted. Same thing with his articles. No build up. No smooth talking. He just gets right to the point.
Training
Dave Tate April 25 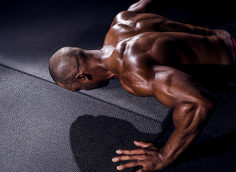 Ramp up your conditioning fast. Pair this training method with simple exercises you can do anywhere.
Training
Justin Kompf June 3 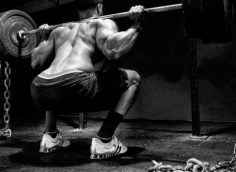 Everyone's got an opinion on squats. And now that partials are in the spotlight thanks to Lebron James, there's more confusion. Let's clear it up.
Powerlifting & Strength, Squat, Training
Christian Thibaudeau August 6