Part of me cringes every time someone asks me how long they
should rest between sets.

Rest periods are all but an extinct method of overload that most
people just assume they don't need to pay attention to. These days
rest periods are for checking out some chick or playing with your
iPod.

Just look at how many articles have been written on rest
periods. Not many. Everyone wants to know how many sets and reps
they should do to build Schwarzenegger-like biceps, or which
exercises are the best for six-pack abs.

If you actually pay attention to other people in the gym, you'll
notice a weird sequence of events at the end of their set. The set
ends, they wander around, have a posedown between their biceps, or
hit the water fountain, then they start another exercise or another
set of the same exercise.

Unbeknownst to most, rest periods are a critical part of
defining the body you want, and there's actually a science behind
it, too.

What We Know About Rest

You've heard this one, right?

That's sort of on point with what I'm talking about. Rest
periods and their relation to training goals have been one of the
most heavily researched topics in strength training history. If
your training is taxing the nervous system, like it would be in
lower rep, higher weight work and more explosive training, then you
want full recovery so your rate of force development can be at its
highest.

If you're trying to look good naked, then you want to keep the
lactic acid high and your blood pH low, so you keep your rest
periods short.

Brought to the forefront when Charles Poliquin released German
Volume Training, rest periods around 30 to 45 seconds optimize our
growth hormone output, which helps us build muscle. The longer rest
periods (60 seconds plus), while minimizing our hormonal response,
increase our nervous system recovery.

Okay, so those are about the only two facts that are universally
accepted for rest periods. A bodybuilder who's trying to gain size
might keep his rest high, around 60 seconds, then drop them to 30
seconds when he supersets his training and wants to get lean.

A New Approach to Rest

Rest is another overload method. It's another way to grow and
another way to lose fat. By dropping your rest by five seconds
every week, it'll lead to more calories burned and a more intense
workout.

There are a few other ways to use rest intervals to get jacked
and shredded, so let's continue.

New Rest Period Law #1: Match the rest to the range of motion of
the exercise.

So taking one of the two above facts, if you were a dieting
bodybuilder, then you'd rest 30 seconds after a squat and 30
seconds after a curl. Sounds dumb, right? Well, that's what you've
been doing for years, so why change now?

A movement like a deadlift not only recruits more muscles, but
also works more joints through a longer range of motion, recruits
more of the nervous system, lowers blood pH, and creates more
fatigue substrates in the associated muscles. All of which are good
reasons why you should take longer to regroup.

On another note, should the rest be different if you're doing
dumbbell curls versus barbell curls?

You bet your ass it should.

The dumbbell work is more demanding on the body. You have to
stabilize each scapula on its own, which can be harder than you
think with today's posture, and each biceps and synergist forearm
muscles must do more work without relying on the other side.

I'm not going to lie and say that I have exact rest
periods down for a deadlift versus a curl. But regardless of the
training purpose, rest a minimum of 60 seconds for the deadlift and
45 seconds maximum for a curl.

New Rest Period Law #2: Match the rest to the amount of muscle
recruited.

This is a simple offshoot of the above law, but looking at the
deadlift versus curl example again, you're talking about resting
the same for an exercise that recruits our quads, hamstrings, and
glutes, which are all massive, versus our biceps and some forearm
flexors.

Even without researching the massive effects of the central
nervous system, you can tell that the answer is going to be body
part splits. Being that we recruit less total muscle with body part
splits, we can go to the gym and train hard more often.

It's the same for matching the rest with the amount of muscle
recruited. It's going to take a lot longer for our central nervous
system to recover with a deadlift.

New Rest Period Law #3: Match the rest to the
individual. 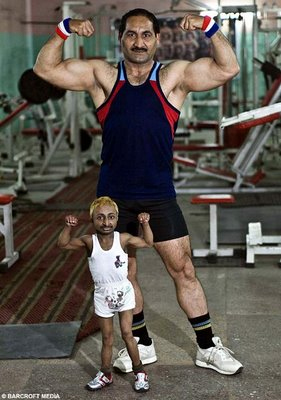 The answer to both questions is no.

Even someone who's the same height and weight as I am, but has
longer arms and shorter legs, is going to require different rest
periods.

Why is it that the big guys are always the last ones down the
court in basketball? Weight, height, limb length, muscle size, and
age are all factors that have to be accounted for. The same is true
with dieting advice. You can't just tell someone they have to eat
120 grams of carbs per day without factoring in everything.

I'll have to go through a longer range of motion on a squat than
a 6'6", 240-pound guy with short legs, and he'll have to go press
further than I will, so do you think we should rest the same?

Again, I wish I had a definite table to give to you, but it's
just too variable to predict.

If you've been training for a while and are past the beginner
stage, then you should really consider using this principle now.
Progressively lowering the rest intervals during the workout, or
from workout to workout, will increase your progress since your
ability to buffer lactic acid adapts to your amount of muscle and
your blood lactate levels.

Dropping the rest between sets increases your natural growth
hormone levels and increases blood flow to the working area, which
will also increase your anabolic response to training. Neither of
which are monumental, but they surely can't hurt your training
efforts.

As a general rule of thumb, begin by dropping your rest five
seconds between sets, ending at 20-second rest periods. Anything
under 20 seconds of rest is foolish, so start higher with your rest
periods and slowly drop it down. Also, you don't have to drop the
rest every set, aim for three or four evenly spaced out five-second
drops during your entire training session.

After about four to six weeks of dropping your rest the same
each workout, you can try something more advanced.

Don't knock it until you try it. It'll leave you pumped and
swollen like all those nitric oxide products promise.

I wouldn't suggest the advanced lifter perform this rest period
technique on an exercise that requires intense muscular
coordination like deadlifts or snatches, but anything from squats
on down is open season.

If you're going to play with your rest periods, then you must
have adequate supplementation, since you'll fatigue a lot faster
than normal and your ability to train at a high level will be
impaired.

The first supplement that I use is a no-brainer in my book, and
that's Biotest's BETA-7. Beta-alanine is
one of the top supplements simply because it works. Nothing buffers
lactic acid and makes me train at a higher level than BETA-7. I can
stop using creatine and feel no difference during my session, but
when I stop using beta-alanine, I'm cooked about halfway
through. 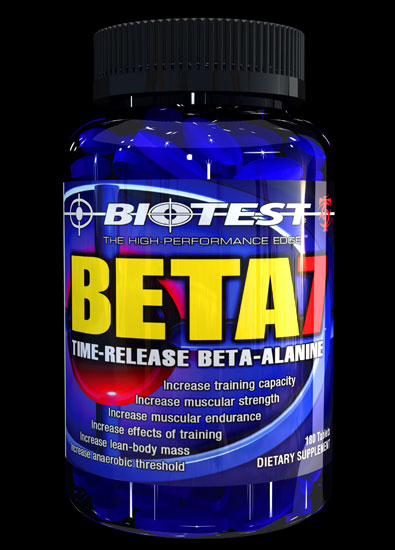 I originally used branched chain amino acids (BCAA's) during my
workouts where I dropped my rest intervals, and they're excellent
for preventing muscle breakdown, but I don't think they're
necessary per se for this type of training.

In my opinion, you gotta turn to Rhodiola rosea after these
intense sessions.

The human body is designed to maintain homeostasis at all costs,
so when you suddenly change any of the intensity methods in your
training, the body will respond by releasing ugly cortisol in
response to the new level of stress. On top of reducing cortisol,
Rhodiola will also make you feel better about thoroughly trashing
yourself post-workout. Double benefits never hurt.

Even if you don't love my recommendations for handling your rest
intervals, what've you got to lose? Chances are at some point
you'll need to break out of a training slump and doing more sets or
reps is so old school and won't work forever.

This drill teaches you to set your shoulders correctly so you can get the most out of your lat exercises.
Back, Exercise Coaching, Tips
Tom Morrison December 31 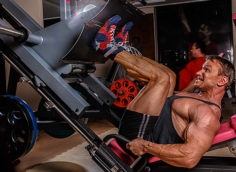 If you can do dozens of regular ab wheel rollouts, try this method for even better core strength.
Abs, Exercise Coaching, Tips
Drew Murphy July 7
This isn't my usual type of article. Rather than launch into a specific training program, TC's given me this opportunity to launch into an Alwyn Cosgrove rant. A brief warning for the timid, however: I am the king of the politically incorrect.
Training
Alwyn Cosgrove December 27