Pretend for a second that you're an aging professional athlete. Your joints are a little achier than those of your younger teammates and your reflexes aren't as spectacular, but you've still got most of your game.

Now tell me, should you, as an aging athlete who wants to continue to play at a high level, or an even higher level, start training harder or easier?

Harder, of course. Or at least a lot smarter. Otherwise, your skills will diminish. You no longer have some of the luxuries of youth, so you can't take your abilities for granted. There's no time to slack off.

If that's the case with older athletes in football, baseball, hockey, MMA, or just about any other sport, why are physique athletes told by almost everyone to take it easier when they get older?

It's as if 40 is an expiration date tattooed on your fanny when you come tumbling out of the womb and once that date is up, you better give up squats or deadlifts or lifting anything that weighs more than a box of Depends, which contains exactly what you'll soil if you ignore that advice.

They tell you that you should likewise pay more attention to recovery – maybe once a week do a couple of sets, between which you go to the park and feed the ducks.

In most cases, you shouldn't start to take it easier when you near 40 or 50 or even beyond. In fact, that's the time you need to kick your training up a notch if you want to stay in the game. There are, however, some hard truths that you'll need to swallow. 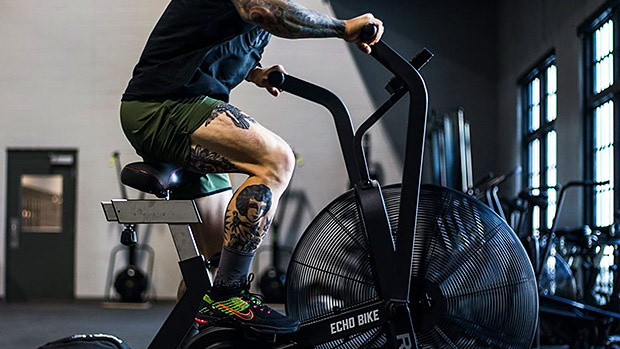 1 – Build Up Your Work Capacity

You can't train hard if merely pulling your pants on makes you wheeze. You need to do cardio or metabolic conditioning or whatever term you feel comfortable with. How do you expect to work hard if your lungs don't have the sass to carry on?

Moreover, your cellular batteries – the mitochondria – start to wear out, get lazy, take extended vacations in Cabo, or die as you get older. They need a kick in the pants so they get to multiplying, and that's what intense exercise provides.

Fear not, though, because you don't have to devote hours and hours to all that tedious, conventional aerobic training stuff where you sit on a stationary bike for an hour as your panini-ed prostate swells up to the size of one of those sand-filled Bulgarian bags.

Instead, at least three times a week, get on the treadmill, rower, or yes, stationary bike for a measly 10 minutes for some HIIT-style training. Focus on all-out efforts of 20 seconds, followed by 60 seconds of "active recovery."

On a treadmill, that might mean setting the speed at a leisurely 3 miles per hour and then cranking it up as fast as your little stubby legs allow for about 20 seconds, after which you'd drop the level back down to 3 again for a minute or two before you do another round.

You could do the same thing on a stationary bike or rower, or you might prefer short sprints followed by walking-recovery periods.

Alternately, you can crank up the incline on the treadmill to the Himalaya setting, or as high as it goes, and trudge uphill, Sherpa like, for 30 to 60 seconds before zeroing out again.

This type of training has been shown to increase mitochondria. That, coupled with the increase in endurance you'll experience, will allow you to lift as hard as you need to.

That's why damn near every workout should contain an extended set, drop set, or finisher of some kind and if you're not making an ugly, just-got-burned-by-dragon-fire face at the end of it, you didn't work hard enough.

Or pick a weight that you can do about 10 reps with. Look at the wall clock and note the time. Give yourself 5 minutes to do 50 reps with the same weight, taking little bitty chunks of rest in-between sets to failure. If you actually hit 50, the weight was too light.

Mechanical advantage barbell curls like this work well too:

You get the idea. It sounds counter-intuitive and it smacks of weightlifting heresy, but you've got to train harder than when you were younger if you want to stay in the game.

Having achy joints is no excuse to let up. Everyone who's been doing any serious lifting for at least 10 years wakes up in the morning feeling like they spent the previous day trying to ride the back of Bodacious the bucking bull, and was flung clean over the stands into the deep-fried Twinkie concession stand.

Get over it. Sure, you can do your stretching, that hot Yoga where they treat you like a pork dumpling, or whatever rehab exercises fit the situation, but for the most part, you're always going to hurt.

Your recourse is to simply get smart about it – do exercises that don't hurt the particular joint; use grips or foot positions that allow you to train with no pain; do a reduced range of motion, or lower the weights with a slower tempo. A good 4-second descent should take the strain off any angried-up tendon.

This is your one, big, lifting concession to Father Time. You should forget about doing sets for fewer than 5 reps. There's just no need to use such heavy weight, and the risk of suffering an injury that you can't work around, like tearing tendons or ligaments that just aren't as spry as they used to be, is just too great.

No worries, though. You can stay plenty strong by devoting some time to sets of 6 to 8.

5 – Lots of Days Off Are a Luxury You Can't Afford

The conventional thinking is that old bastards need to take more time off sitting at home in an easy chair eating protein-laced porridge until the poor old coots can gather the strength to get up and shuffle-walk to the gym.

It's true in one way, but false in another. Sure, older guys need to focus on recovery more than younger guys, but they often convince themselves to take off more time than necessary. They end up taking off because the mass of sweaty, training humanity says they're supposed to, rather than taking time off because they need to. The incessant recovery drumbeat messes with their heads.

But older guys can't afford to take too much time off, unlike younger guys. If you're young and you miss a few days, it's no big deal. Your body is perpetually in the orderly throes of negenthropy, which is the opposite of entropy. The young body grows no matter what, while older guys' bodies have the propensity to deteriorate.

The old guy must continually fight against that dying of the light, and he can't fight it by taking off too many days from the gym. Don't trust how you feel, either. Your mind wants you to take a day off. It wants you to get a nice mani/pedi because anybody whose opinion of you matters at all is already at the gym so they won't see you getting one.

There's one thing that should tell you when to legitimately take a day off, and that's your training log. If it tells you that on Tuesday you failed to exceed, or at the very least, meet the previous workout's numbers, it's time to take a day off.

If not, get thee to the gym, just as you have since time immemorial. 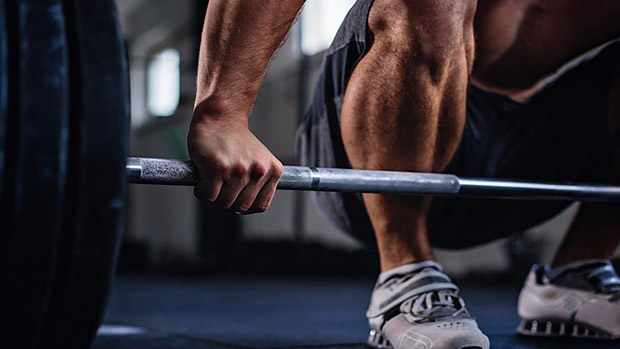 You're not 15 anymore. The traditional bro split where you train one body part each workout (usually 5 workouts a week) isn't efficient or effective, especially for an adult with a job who actually communicates with real-live women in their non-pixilated form.

Your muscles recover in about two days, so why let them go fallow for a whole week? Besides, what happens if life intervenes and you miss a day or two one week? That mucks up the whole schedule and you might not train the same body part for another 8 to 10 days instead of 7.

You're much better off doing an upper body/lower body split where you work out 4 days (or even 6 days) a week:

As Charles Staley pointed out in his The Single Most Effective Workout Split, this upper/lower split does a couple of things:

7 – Bend the Knee to Volume

Earlier I suggested giving up on sets of less than 5. That doesn't mean falling forever into the sticky 8 to 10 reps mire.

Everybody's been stuck on doing 8 reps forever, mostly because ancient, cave-man lifters began a tradition of doing 8. Doing 6 or 7 didn't feel like it was hard enough and doing 9 to 10 or more was talking-to-an-insurance-salesman tedious. But I say to you, Horatio, there are more beneficial rep schemes in heaven and earth than are dreamt of in your weightlifting philosophy.

You can build plenty of size – perhaps even more size than you thought possible – by doing sets of 12, 15, or even 20 reps, especially since you've probably ignored higher rep ranges your entire lifting career.

Are you skeptical of high reps? Try this protocol out a couple of times before you judge:

Researchers Fink, Kikuchi, and Nakazato (2018) found this method worked twice as well in building muscle in yes, experienced lifters, than the usual 8-rep sets. Case in point, higher reps work just fine, thanks, and they're much more forgiving on the joints.

8 – Deload That Spine When You Can

Granted, you need more rest than someone who's 25, and taking a daily nap might be impractical or a little too old-fogeyish for you, so consider spinal deloading. Doing this for just 20 minutes a day gives your spine a ton of relief, in addition to being restorative in general.

Just find some floor space and lie on your back with your lower legs and calves on an ottoman or chair so that your hips and knees are at a right angle. This takes the load off the discs in your spine and allows it to relax without having to contend with gravity. 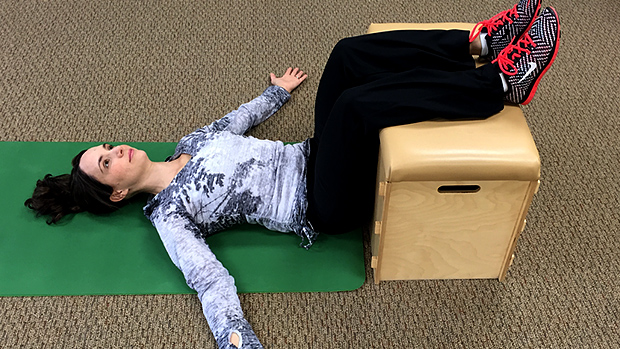 Plus, if you do fall asleep and someone catches you, you can just claim that you were doing a sophisticated spinal rehabilitation/restoration technique that's beyond their comprehension.

Don't Be a Smurf

Being young is kind of like a pro sports franchise in Denver – they've got an incredible built-in advantage by being a mile above sea level. Visiting players just can't hang as well. They start to turn blue like Smurfs from lack of oxygen.

To fix that, they have to train harder, work smarter, and dole out their energy and efforts into the right things. That's exactly what the gray or graying lifter has to do too. 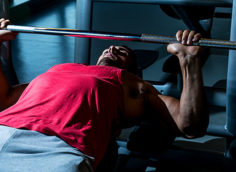 If you're not a powerlifter, should you be testing your bench press 1RM often? Here's the answer.
Bench Press, Powerlifting & Strength, Tips, Training
Paul Carter January 18 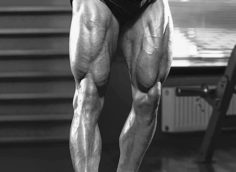 Use this exercise pairing to build your legs without the knee pain.
Bodybuilding, Legs, Tips, Training
Dre Delos Santos June 3