CrossFit has popularized some novel innovations in exercise selection and energy systems development. But if you dive deeper into CrossFit, a few glaring issues identify themselves, especially surrounding the rather large incidence of shoulder injuries secondary to CrossFit-style programming.

Let's talk about the single most overlooked movement in "functional fitness" programming that could potentially mitigate the risk of traumatic and overuse injuries at the shoulder joint and beyond.

The horizontal pull (think of a bent row type of movement) is largely neglected while the vertical pull (think pull-up) is the emphasized pulling movement of CrossFit. 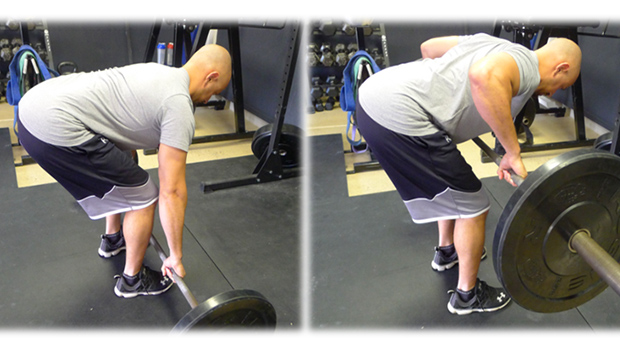 Think about it. What's the main pulling movement of CrossFit? The pull-up and its many variations, right? When's the last time you saw a single-arm dumbbell row, or row of any kind for that matter, programmed into either a strength block or metcon in the class setting? Don't lie to yourself, because the correct answer is almost never.

This asymmetrical loading scheme for upper-body pulling movements creates a gaping black hole of movement programming in CrossFit, which is rather easy to remediate and fix. But why are so many CrossFit programs neglecting one of the most important upper body movements in an athlete's training arsenal?

Before we get into the specific reasons why the horizontal pull isn't more mainstreamed in CrossFit, it's important that we review the biomechanical differences between the vertical and horizontal pull.

Row Vs. Pull-Up: The Difference

If you're thinking "a pull is a pull" no matter if you pull up to a bar, deadlift from the floor, or anything in between, it's not quite that simple in terms of mechanics of the shoulder complex, which makes this issue very intriguing from an injury prevention standpoint.

Simply put, the main muscular player in the vertical pull is clearly the latissimus dorsi or lats. Sure, the pull-up is a compound movement that has a number of requisite actions from adjacent and overlapping muscular regions, but the reason for keying in on the lats is simple – the lat inserts onto the medial portion of the humerus, which makes it an internal rotator of the true shoulder joint, the gleno-humeral joint.

So, in large part, the vertical pull and its many variations are working under load into internal rotation of the shoulder, which is usually the position the average person running through a CrossFit WOD spends their entire day in due to faulty posture.

Let's be clear here. I'm not blaming the incidence of shoulder pain in the CrossFit community on posture, but rather the inability to reverse that posture in terms of practicing, loading, and emphasizing a more centrated shoulder joint that incorporates external rotation with more torque production and enhanced and protective positioning.

Though the vertical pull allows coaches to have a rich movement-based learning environment that quickly identifies dysfunctional patterns and predisposing issues, the best way to remediate poor movement isn't to just throw an athlete into a volume-heavy fire of poor movements. Poor overhead pulling mechanics needs to be remediated with better positioning and dynamic stability at the shoulder, scapula, and thoracic cage. And no, you can't coach this out of people.

By lowering the angle of the pull down to working around the horizontal plane of motion, the movement mechanics and key movers and stabilizers totally change for the better in terms of shoulder health. The row and its variations allow a more neutral shoulder position upon setup.

They also work into a slightly externally rotated shoulder position with scapular retraction, downward rotation, and depression that allows the shoulder blade to become more dynamically stable on the back side of the thoracic cage, thus enhancing the ability for the thoracic spine and rib cage to become mobile under loading.

This position is hugely advantageous for shoulder health as we move out of the overused internal rotation moment at the shoulder while emphasizing a stable and well-positioned shoulder blade around the extension and rotation moments at the thoracic spine.

In this setup, anterior structures of the shoulder that are commonly pissed off with poor movement and too much internal rotation are deloaded through better alignment and positioning. Likewise, the lower scapular stabilizers are recruited to a greater extent, cleaning up some of the weak links in the pulling movements in the sport of CrossFit.

But if this addition of the horizontal row is such a quick and easy fix for optimizing shoulder health, why hasn't this been done before?

Common Reasons for Pushing the Row Aside

"We don't have that many bars!" Many CrossFit facilities simply don't have the equipment needed to execute horizontal rows in the group setting. The easiest way to place a pulling movement in a WOD or class-style program is to have athletes jump up to the pull-up bar and kip away, so it's become the default programming strategy for coaches who value smooth and coordinated class sessions over real results.

But with CrossFit boxes becoming more multi-disciplinary in nature, variation in equipment is becoming the norm. It's not out of the ordinary to see benches, dumbbells, and sometimes even cable stations these days, making the programming of rows easier to implement.

And even for those facilities that don't have dumbbells, you can still row with barbells, kettlebells, and bands that are readily available. The excuses should be non-existent if you understand the importance of the row and its role in shoulder health.

For a population begging for improved shoulder and thoracic positioning, this may be the best move you could make. But as with most things, the true answer to this issue may be far deeper than that simple recommendation.

"But it's not sport-specific!" Though equipment and programming challenges may be holding back the row from CrossFit programming, the most limiting factor may be the lack of "sport specific" training carryover in the minds of coaches and athletes throughout the industry.

If it doesn't show up in the CrossFit Games, why would you train the movement? That train of thought is the exact reason why you see the popularity of throughout boxes across the world, though it may be the single most injurious exercise in the CrossFit style of programming. 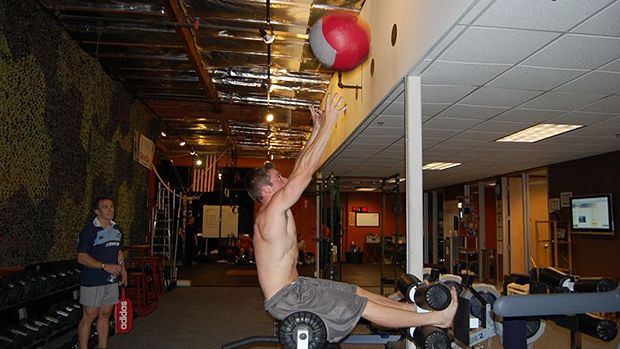 Training like your heroes instead of training for your own goals is a dangerous mindset. There needs to be a clear differentiation between the sport of CrossFit where the most elite athletes in the world compete at the highest levels of human performance, and CrossFit-style class programming used for general fitness goals.

Another trend that limits the inclusion of row variations into CrossFit WOD-style programming is the confusion as to where this movement may fit into programming.

The row isn't truly a huge compound strength movement like the deadlift or the squat, and it's not quite a velocity-based movement like the Olympic lifts. It's very hard to place it into metabolic conditioning and even harder to objectify reps and time-dependent programming parameters. So where the hell does it fit in?

The row may best fit into the strength or hypertrophy-based portion of a class-style program, after the strength and before the metcon. Or, if you really want to be ballsy and place an emphasis on injury prevention, make the prone barbell row, single-arm dumbbell row, or loaded inverted row on the rings a staple movement programmed in strength schemes. 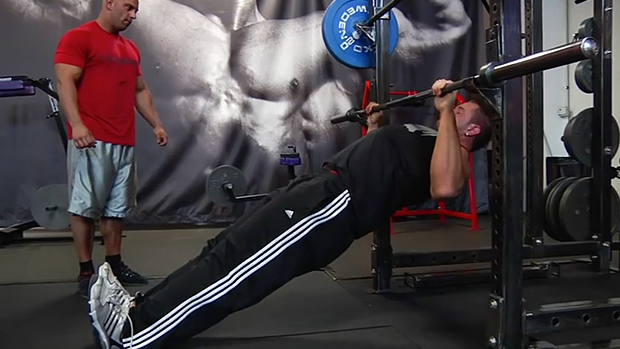 It's easy to properly implement the horizontal pull into a CrossFit routine and reap the various benefits from enhancing performance to finally getting rid of that lingering shoulder pain once and for all.

Sets, reps, time under tension, rest periods, and everything you need to know to DIY the right plan for you.
Bodybuilding, Powerlifting & Strength, Training
Mike Robertson February 6

The complete, head-to-toe guide to fixing your bad posture. Check it out.
Mobility, Training
Mike Robertson & Eric Cressey May 20

Man up and discover the training program that works best for your body. Here’s how.
Bodybuilding, Training
Bret Contreras December 21

Set a timer for five minutes and do as many pull-ups as you can. Here's why and how to program it.
Metcon, Tips, Training
Chris Shugart November 29