What's the biggest debate in resistance-training? Machines vs. free-weights. Are free weights superior to machines, equal, or inferior? Let's break it down. Below you'll hear the augments for each stance. Here's what their teams look like:

Mantra: The body is the only machine you need!
Philosophy: Free weights kick ass; machines are for pussies. 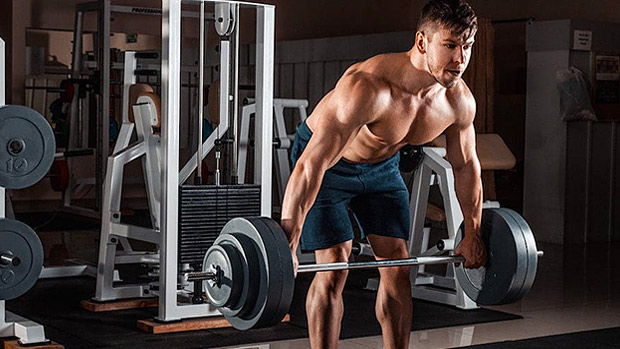 The machine selects your movement path so you don't develop as much efficiency, thus the gains in strength or size you make are less transferable to real life.

Because the movement path is fixed you don't need to depend on your own stability, nor do you use your body the best since you're usually seated or lying down.

Machines aren't fully adjustable and the resistance curve might not fit you optimally. They don't work the same for all of us.

The central nervous system works harder with free weights because free-weight exercises demand more coordination, which is important for the body to develop. If you improve CNS efficiency, your strength potential and capacity to increase performance in other movements will go up.

These arguments have been around a long time. Some are legit; others just aren't accurate. For one thing, there's no such thing as stabilizers. Stabilizing is a muscle function, just like fixating and moving. Stabilizing means making a moving joint more stable while it's involved in movement.

A muscle can be a stabilizer in one exercise and a mover in a different exercise. For example, the lats and rhomboids will stabilize the shoulder joint in a bench press but be a prime mover in a row. Most muscles can be stabilizers or fixators (stabilizing a non-moving joint) in some exercises. 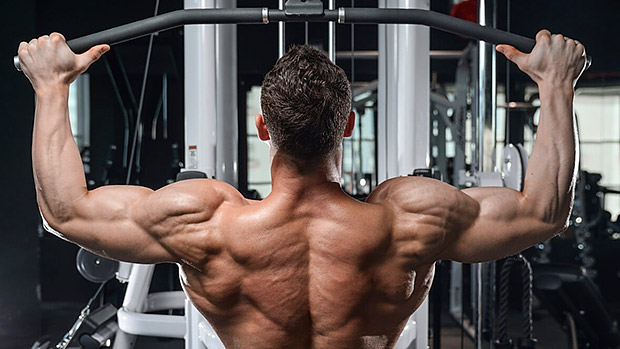 The muscles don't know if the resistance is coming from free weights, a machine, a pulley station, your body weight, a wheelbarrow, a bale of hay, etc. When a muscle does mechanical work against a resistance it will adapt and grow.

Machines make it easier to target a muscle

One of the benefits of free weights is to involve more muscles in an exercise – for fixation, stabilization, and also as synergists. But this can also make machines superior if you want to better shift the focus to a single muscle.

You can more easily compensate with free weights

With a machine the path is pre-determined and can't change. While you can compensate a bit by changing body position, it's a lot less important than with free weights where you can change the bar path, movement, and body position to compensate.

Machines are less demanding on the nervous system

While stimulating the CNS is important for maximum strength and performance improvements, too much can limit your gains by creating CNS fatigue (dopamine depletion or adrenal receptor de-sensitization) or an overproduction of cortisol. If your goal is only to stimulate hypertrophy, creating more CNS fatigue to get the job done isn't always a good idea.

You can go to failure on machines

While going to failure isn't necessary for growth, it seems to be an effective stimulus for growth (study by Cameron and Mitchell).

Both are right and both are wrong. The key is knowing which circumstances are best for machines and which are best for free weights.

When it comes to gaining muscle, it's all about triggering protein synthesis. That's undisputable. But it's not as simple as saying "X exercise = increased protein synthesis = muscle growth." 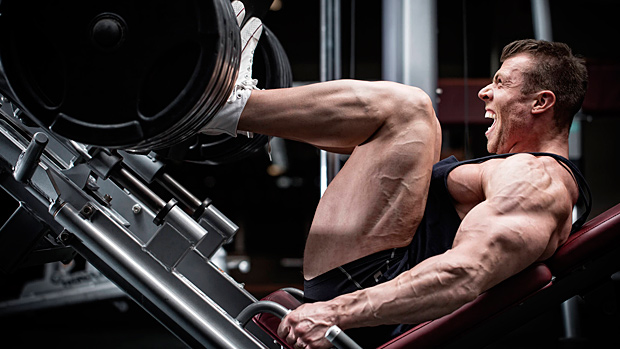 To quote Professor Zatsiorsky, "A muscle fiber that was recruited but not fatigued was not trained." This approach is supported by the work of Cameron and Mitchell (2012) that showed if you train to muscle failure (until you can't lift a weight anymore) the muscle gains are the same over an 8-week period whether you used 30% or 80% of your maximum.

For decades, muscle damage was seen as the only way to stimulate growth. Damaging the muscle cells triggers the repair process, which is driven by the immune system and relies heavily on stem cells – they donate their material to repair the damaged muscle fibers and build them thicker.

Muscle damage is best accomplished by using fairly heavy weights (70-85%) for moderate reps (5-8, maybe up to 10 reps per set) on exercises where the target muscle will be stretched under load.

This triggers protein synthesis and initiates the muscle-building process. While every type of resistance training stimulates mTOR activation, two types have a greater impact – loading the eccentric or negative portion of the exercise and having a muscle under significant tension while it's stretched. So we're talking slow eccentrics (4-6 seconds) while contracting the muscles as hard as you can, and flexing the target muscle for 2 seconds in the stretched position.

The burn, or accumulating lactate (lactic acid), has long been associated with muscle growth by bodybuilders. And science has recently shown that they were right!

Lactate itself can trigger muscle growth (Oishi et al. 2015, Nalbandian and Takeda 2016). It increases stem cell activity, increases follistatin and decreases myostatin which leads to muscle growth. A correlation between lactate and MGF (IGF-1) release in muscle has also been found. These local growth factors will directly stimulate protein synthesis in the muscle. These are maximized with a fairly long time under tension (40-70 seconds per set) and, in the case of local growth factors accumulation, keeping the target muscle under constant tension. 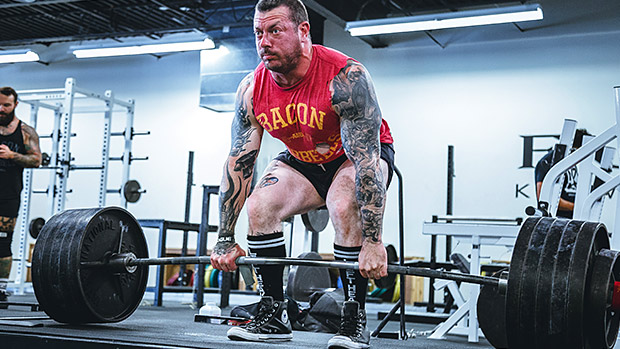 How Do Free Weights and Machines Stack Up?

Out of all of these pathways for growth, free weights have a clear advantage ONLY in the muscle damage pathway, and it's only slightly superior in the mTOR pathway.

Let's look at the pathways for muscle growth and you'll see how they apply to free weights and machines:

When the muscle fibers are stretched while they're producing force, muscle damage can occur.

And here's a fun fact: The more uneven the force production is divided over the involved muscle fibers, the more muscle damage will occur. When the force is unevenly divided over the involved muscle fibers some of these fibers will stretch faster than others. This creates a shearing action that causes more muscle damage than simply lowering a weight. That's why you get sore when you do a new exercise, but stop being sore after you've done it often.

At first the intramuscular coordination (how well the muscle fibers work together) is inefficient, the muscle fibers aren't as coordinated, and the load isn't divided equally. This leads to more muscle damage. The more you practice an exercise, the better the intramuscular coordination becomes and the less damage occurs. The second thing that causes the most damage is when a muscle is under load in the stretched position.

So what makes free weights superior in this pathway? These lifts aren't as controlled and it takes longer to become neurologically efficient and have great intramuscular coordination. That's because the path isn't fixed. With machines you become efficient much more easily and quickly reduce how much damage the exercise is creating.

Machines are superior to free weights in this pathway. Why? Three things...

Local growth factors (like IGF-1) can be released directly inside the trained muscle when performing mechanical work. It's accentuated when a muscle is deprived of oxygen (which is why occlusion training is effective) and when lactate/hydrogen ions accumulate inside a muscle. In both cases we have two elements that need to be present for that to happen:

To maximize GF release, machines or pulleys are a better choice because it's easier to keep a muscle under load because of the nature of the exercise and the more constant tension provided. Free weight isolation exercises can also work, but you need to actively try to contract the target muscle as hard as possible to compensate for the reduction in loading at certain points in the range of motion.

For the two other pathways for growth (mTOR and lactate accumulation) we don't see significant differences in free weights, pulleys, and machines. To maximize mTOR activation, you need to emphasize the eccentric phase of the movement (lowering slowly while flexing the muscle hard) and the stretched position where you must maintain tension. Example:

There might be a slight advantage with free weights with mTOR activation because free weights are often better at overloading the muscles in the "stretched" position.

As for building-up lactate, sets lasting 40-70 seconds under load is best, which can be done equally well with pretty much any exercise, although form might break down more easily on exercises like a squat or deadlift.

Free weights and machines are equal when...

No Right or Wrong Tools

It's all about selecting the best tool for the specific job you want to do. Going "no machine" or "no free weights" is about as smart as going "no carbs" or "no fat." Sure, it can work for a while, but it makes the process more complex, less fun, and ultimately less productive in the long run. 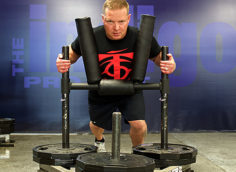 Burn the fat and keep the muscle with these strength-based finishers that can be used in any gym.
Fat Loss Training, Metabolic Conditioning, Metcon, Training
Ben Bruno June 11
Since I've started writing for the T-Nation, I've gotten 100's of e-mails asking me varying questions about the rotator cuff and its many somewhat magical qualities. While it may not be as cool as big quads or a great set of guns, a well-developed rotator cuff is sexy in its own, injury-free kind of way.
Training
Mike Robertson December 29

There's more to it than just bench pressing. No, really. Build your chest in just six weeks with this program. Here's how it works.
Bodybuilding, Chest, Training
Chad Waterbury April 4