For some reason, curls are often tossed into the wimpy exercise
pile along with triceps kickbacks. Yeah, yeah, we should all be
doing weighted close-grip chin-ups, but let's set one thing
straight: every bodybuilder with big, muscular arms did curls to
help him build them. He did not just "stick to the big
compound movements" to get those sleeve cannons to explode.

That being said, there are a lot of good curling options out
there besides the standard EZ-bar curl. One of them is the drag
curl.

As T-Nation's Christian Thibaudeau demonstrates above, you
simply keep the bar in contact with the body at all times as you
lift it. The elbows should be kept as close to the torso as
possible. This is why it's called a drag curl: you "drag" the bar
up your body.

Squeeze extra hard in the peak contraction position, then lower
it the same way, keeping it in constant contact with the body.

• Both a regular and reverse grip can be used effectively.

• You'll need to use less weight than you typically use with a
standard curl, so leave the ego in the locker room.

• The range of motion is shorter than a regular curl, especially
if you have big honkin' arms. Compensate by squeezing extra hard in
the peak contraction position.

• Once you master drag curls, try the "ski jump" variation. This
is a drag curl performed with a cable stack.

Simply attach a handle to a cable and face away from the stack.
Take a step away from the weight stack and lean forward like a ski
jumper so that your arms are at a 45-degree angle relative to your
torso.

Without moving your shoulders or changing the angle so much as
an inch, curl the cable grips up and forward. If you're doing
them properly, your hands will end up roughly parallel with your
lats.

Try the drag curl this week and let us know what you
think!

Some of you might have enjoyed the Diary of a Steroid User series as much as I did. It was an interesting, unapologetic, honest portrait of what it's like when an average Joe uses steroids. But however much I enjoyed it, I cringed when I read some of the "pyramid" workouts outlined by the anonymous author
Training
Jack Reape May 5

You should be able to pass these tests before you hit the bench, squat, do direct arm work, or add more ab exercises. Can you?
Challenge Training, Powerlifting & Strength, Training
Dr John Rusin April 24 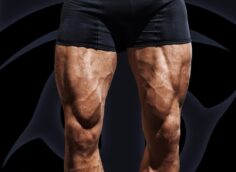