An ad hominem is an attempt to negate the truth of a claim by attacking the person rather than the argument.

As an example, imagine a guy at Starbucks discussing the economy with the bubbly 24-year-old barista. If she suggested that raising taxes would be a good idea and his response was, “Well, you think that way because you’re a spoiled, entitled child who could never survive in the real world,” that would be an ad hominem, not to mention a truly awful way to score an extra shot in your Americano.

Ad hominems are frowned upon because they’re a logical fallacy. No one’s perfect, and an individual’s past or present flaws are rarely relevant to the discussion at hand. In the previous example, whether someone is young or has a menial job has no bearing on his or her ability to analyze the economy.

Ad hominems can be persuasive, however, because we like to see people as all good or all bad. This is known as the halo effect. If you commit a crime, you must be a “bad” person, regardless of what else you’ve done – if you’re a nun, you must be a good person for the same reason. In the media, the ad hominem is often used to present someone in a negative light and diminish the validity of all their ideas.

While avoiding ad hominems is usually good policy, a notable exception is in the fitness world. Specifically, an individual’s personal fitness level does have relevancy, especially when discussing certain aspects of fitness.

If a skinny kid at the gym tells you how to improve your squat and your immediate response is, “Well, you may think that way but you can barely squat 225,” that’s not a logical fallacy – the individual’s squatting ability does have some bearing on their ability to give advice.

I recently had the pleasure of getting to know Captain Kirk Karwoski of 1003-pound IPF Squat fame. To say someone at that level has learned a few things about lifting along the way to becoming a world champion is definitely an understatement.

When it comes to squatting, if given a choice between learning from Kirk versus someone that can barely squat 300 pounds but has dozens of letters behind their name, you’d better believe I’m going to strongly lean toward Kirk’s advice.

His squatting ability doesn’t automatically mean he’s right, but my assumption is that his info is correct and he’ll have to prove himself wrong. So until he tells me that the pec minor is the most important muscle in squatting, I probably won’t be looking elsewhere for advice.

With the other individual, however, I’m going to be much more skeptical. Considering his lack of ability, he’ll have to prove himself right.

Finally, if I’m questioning both of them, I have to be willing to ask myself, “Who am I to judge these people?” When it comes to squatting, it would take serious balls to argue with someone that can literally squat double my best PR.

The problem that fitness experts and authors face is that there are two basic ways to break into the field. You can either:

Which one of those options sounds easier to you?

The principle of specificity, so prevalent in fitness, applies to fitness experts as well. One can be an expert in a specific aspect of fitness yet know very little about another.

For example, I know a lot about fitness, but think it would be inappropriate to write a program for elite level marathoners because I’ve never run a marathon and have little experience with that.

I’m sure I could probably whip up a cool sounding program that works in theory, but that’s all it would be, a theory.

I know some fitness experts that are great at assessments but suck at program design; some that know a ton about rehab but very little about improving maximal performance; others that could diagram a muscle cell but couldn’t train a newbie.

The same goes for nutrition. The dietary advice after a heart attack may be very different from what’s necessary to achieve a ripped six-pack. Neither advice is necessarily bad or wrong, just inappropriate depending on the context.

It’s up to you, the reader, to educate yourself and to question or challenge fitness experts. But we’ve become so conditioned to think that personal attacks are bad that at the end of a “how to improve your bench press article” we’re afraid to even ask the author how much they can actually bench press!

There’s nothing wrong with asking fitness experts what their abilities are if it’s pertinent to the topic. That “pertinence to the topic” is the key.

Fitness is an incredibly broad topic. If someone is discussing anatomy or physiology it may not be relevant to know how much they can bench press, but if they’re discussing how to get big arms it’s okay to ask for a picture of their arms.

Dave Tate said it best. Fitness experts will be judged by:

What has the person done? 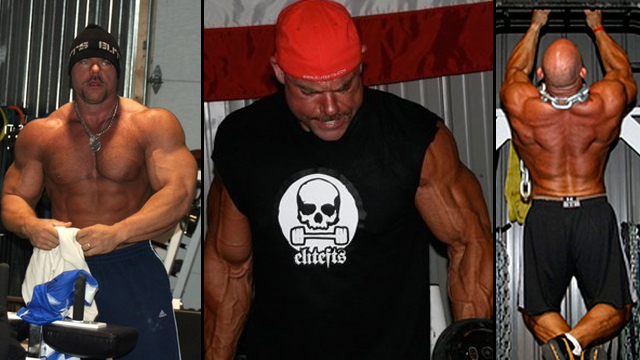 It’s the first freakin’ standard! Ask somebody about their capabilities and if they don’t meet your standard, then move on.

Don’t spend much time listening to someone talk about something they’ve never done.

That’s a quote I regularly tell my students. Fitness is a relatively young field academically speaking, and we’re far from having all the answers.

Practical experience is more valuable than academic knowledge. As a teacher, I believe that – which is why 40% of all my class time is spent in the gym.

If The Expert has the knowledge to become proficient but hasn’t done so, a logical question is, why not? Is he not passionate about the subject? I see this a lot, coaches discussing lifts and methodologies that they don’t appear to be overly interested in.

But if you, the reader, are passionate, why follow someone who isn’t? Perhaps the supposed expert doesn’t see the value of the skill – but I ask again, why is that person giving advice on how to improve said skill?

Perhaps Mr. Expert thinks they’re already “good enough” in the subject and that they don’t need to improve? Again, if one is passionate and/or at all competitive this is unlikely.

Finally, maybe the person thinks they know what they’re talking about and they have good intentions, but they just don’t know.

I remember reading how a trainer in a commercial gym came up to Dave Tate to give Dave advice on how to deadlift. Here was a guy who couldn’t pull 4 plates trying to educate someone that could pull over 7 plates, and who also happened to be smart as hell.

Finally, he didn’t challenge himself and ask the question, “Should I be giving advice to someone vastly more proficient in this skill than I am?”

That’s the point of this article. If you’re the one giving advice, I ask you to question yourself – should I be giving advice on this subject? There’s no shame in admitting the answer might be no. No one can be an expert on everything!

And if you’re the one receiving the advice, there’s nothing wrong or confrontational in asking that person, “What makes you qualified to give that advice?”

If you don’t have a ton of practical experience and personal knowledge of a specific subject, all you should really do is repeat the advice from others that do possess that knowledge.

Unfortunately, that doesn’t get you noticed, so to get “noticed,” many feel that they have to say something different.

But for that “something different” to have any value it must have some proof or backing behind it.

This is the information age – there’s no shortage of resources. The good news is that you, the reader, no longer have to receive information from someone that has strong academic knowledge but little practical knowledge, or vice versa.

There are enough true fitness experts – many of which are on T-Nation, like Dave Tate, Christian Thibaudeau, and Eric Cressey to name just a few – that have solid academic backgrounds coupled with impressive practical backgrounds to learn from.

If someone is missing one of those key ingredients, move on.

I’m talking about fitness experts (both real or self-proclaimed), those that have put themselves in the spotlight and are now attempting to educate others. It’s okay, even ideal, to hold fitness experts and authors to a higher standard.

So to wrap up, ad hominems are irrelevant and should be avoided, but asking about a fitness expert’s physical capabilities is certainly not an ad hominem. Fact is, an expert’s actual proficiency can often speak louder to their credibility than all the little letters and acronyms behind their names combined.

This is fitness after all – if you aren’t leading by example, then why are you leading at all?