To say I'm a workaholic is like saying Tiger Woods has commitment issues. Through all the lifting, training, reading, and researching that I do, I'm constantly being exposed to and coming up with new ideas.

This column will introduce T Nation readers to just some of what I happen to stumble upon every day, in no particular order of importance. The typical lifter, athlete, personal trainer, strength coach, or physical therapist is bound to find something useful in this article.

One thing I love about T Nation is that often the best coaches in the world are years ahead of the research. You might remember Mike Robertson and Eric Cressey writing about glute activation as early as 2004. I can remember thinking, "Why in the hell would I do some silly Jane Fonda exercises?"

When other top coaches including Mark Verstegen, Mike Boyle, and Martin Rooney started recommending glute activation, I could no longer ignore their advice. I got down on the floor and got my bridge, clam, and bird dog on and immediately recognized the potential in these simple movement patterns.

And thus began a love affair unparalleled by any other. Some guys have pictures of their girlfriend on their nightstand. Me? A picture of some glutes with a bouquet of roses stuck in-between the cheeks.

Kidding. But I do keep my eyes and ears open for new glute research. Case in point: 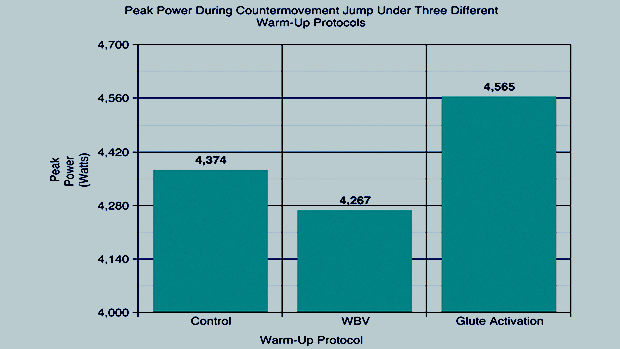 My conclusion is that you'd be wise to include some low load glute activation work in your warm-ups. Remember, the purpose of glute activation isn't to "rep-out" or "max-out," but to groove proper motor patterns and focus on getting the glutes working efficiently. Ten high-quality repetitions of each exercise is all you need.

Based on my experience as a trainer, most beginners suck at using their glutes. It's important to remind individuals over and over to use their glutes until it becomes automatic.

After a couple of months of training with me, my clients always tell me that their backs feel stronger and better than ever. Is it due to increased hip mobility, or is it core stability? Maybe it's just increased glute strength? Perhaps it's due to improved fundamental movement patterns? Or is it a case of all of the above?

In his book Low Back Disorders, Stu McGill discusses the mythical lumbopelvic rhythm pattern explained in textbooks – supposedly the first 60° of bending is accomplished by flexing the lumbar spine while the remaining flexion takes place at the hips (McGill page 74). While most individuals bend with a blend of spinal, pelvic, and hip motion, weightlifters possess unique movement patterns at the hip. Stu states that:

"Olympic Weightlifters attempt to do the opposite – they lock the lumbar spine close to the neutral position and rotate almost entirely about the hips."

Of course, Olympic weightlifters are better at hip hinging than normal individuals, but the importance of this information is that the movement patterns developed in the weight room transfer over to everyday life. Master the hip hinge first and everything else seems to fall into place.

Maximum sports performance requires strong hips and knees so it's wise to rotate between different types of squats throughout the year, including low bar parallel, box, front, and high bar full squat variations.

5. Bench Press and Lateral Forces on the Bar

Wonder why the bench press elicits more triceps activity than a dumbbell bench press? A new study out of Penn State showed that the lateral forces exerted on the bar equaled roughly 25% of the vertical forces (Duffey and Challis 2011).

If you've listened to Dave Tate over the years and learned to use your triceps while benching, chances are your lateral forces are even higher than 25% of the vertical forces.

This extra work is simply a byproduct of the prime mover's maximal contractions against the barbell – which isn't possible with the dumbbell bench press as the dumbbells would split apart and result in a failed lift. 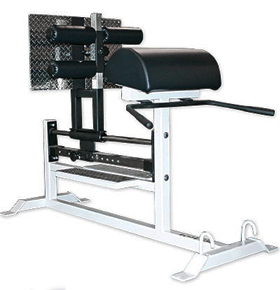 That is, unless you have an Elitefts glute ham raise. If you've never performed a glute ham raise off of an Elifefts model, then you can't possibly imagine the exercise's effectiveness, as chances are the one you're using pales in comparison.

Sometimes I wonder if equipment manufacturers even work out or understand biomechanics. Big props to Elitefts for spending the necessary time getting the design right.

If you limit the lumbar ROM and use a controlled tempo, it makes the exercise much more challenging and you'll no longer be able to bust out hundreds of repetitions.

Start from a slightly hyperextended position by using a rolled up towel, ab mat, or stability ball. Raise the torso to only around 30° of trunk flexion, moving mostly in the thoracic spine. Control the tempo and accentuate the negative portion of the exercise. I discuss this further in the video below:

To prevent hyperkyphotic postural adaptations in the thoracic spine, make sure you perform thoracic mobility drills and include plenty of exercises to strengthen the erectors.

8. Four to Six Weeks to Harden Up

When I was 18 years old, I was in the gym quarter-squatting 275 pounds with a pad around the bar. A giant behemoth of a man walked up behind me and told me to back down to 135 and squat down deep to the floor like a real man and quit using the pussy pad. Thankfully I took his advice and never looked back.

I can remember using the bar pad because squatting freakin' hurt my back. The pressure was overwhelming. After ditching the bar pad, it took around four weeks to stop hurting.

When I started front squatting, the same scenario occurred – it hurt. But I stuck with it and a month later I could no longer feel any pain. Zercher squats took a bit longer to quit hurting – around six weeks – as did hook grip deadlifts. Just recently I started hip thrusting without a bar pad and it hurt like hell. I've been doing this for a month and it no longer hurts.

The take home message is, the more frequently you perform the lifts, the quicker your nervous system will become densensitized to the stimuli. So man up and fight through the discomfort. Just remember, what seems like torture today in a month will feel like a hot oil massage from a pair of busty Asian masseuses. I kid you not.

Many long-term lifters have noticed that they don't have to stretch much to maintain their flexibility. Fact is, many of us have noted superior flexibility gains from weight training compared to stretching.

I'm a fan of doing all sorts of things for improved mobility and soft tissue functioning such as foam rolling and static stretching. But know that full range of motion resistance training is one of the best things you can do to increase and maintain mobility.

Just make sure your programs are well-designed, as structural balance is critical for postural and functional adaptations. To add icing on the cake, make sure you foam roll, stretch, and perform mobility and activation drills.

I'm a big John Broz fan. When I met him at his Las Vegas facility he said something that really hit home. He told me to envision someone capturing my family and informing me that they were going to shoot all of them unless I put a hundred pounds on my squat in one month. Then he asked me how often I would squat if this actually happened, and followed up with this gem: "Something tells me you'd squat more than twice per week."

I like to think of this scenario for a variety of purposes in strength and conditioning. What if you had to put an inch on your arms in one month without gaining any weight? Something tells me you'd perform some curls and triceps extensions. What if you needed your abs to be the strongest they ever were? Something tells me you'd perform dynamic spinal movements and not just core stability exercises.

It's good to really hone in on one goal per month and give it your all, just don't try this strategy with multiple goals or you'll fail at all of them.