What is it about Canada and great strength coaches? For some unknown reason, the Great White North produces some of the world's best coaches and trainers, with Charles Poliquin, Christian Thibaudeau, and Charlie Francis being just a few examples. Now, another young Canadian is beginning to climb into the ranks of the elite: John Paul Catanzaro.

Catanzaro has written several articles for T-Nation in the past; now this walking encyclopedia of kinesiology is ready to answer all your questions about training and program design.

Q: I've had a lot of shoulder injuries in the past from baseball, but now I've finally got them fixed. The problem is I'm now weak! I'm in a phase where I want to trim some bodyfat, but my strength is awful. What can you recommend to get my poundages up to respectable levels?

A: Two things: First, clearly define your goals. Body fat reduction can be achieved during a strength phase, but there are several variables to consider. Contrary to popular belief, slight caloric restriction is advisable during this phase due to the lower volume of work (compared to a hypertrophy phase); however, the relative macronutrient percentages will depend on your specific body composition. I can't provide detailed information without knowing more about you, but just keep what I said in mind.

Second, think relative strength over absolute strength. Each sport requires a certain degree of optimal strength, where going above or below this level could negatively affect performance. Since a powerlifter can lift some impressive poundages, does this mean he can be a great baseball player? See what I mean?

Now, in your case, it sounds like you've rehabbed your injuries. That's the first step. The next step would be to work on your weak links – specific muscles affecting the entire chain. You could hammer the bench press, deadlift and squat until you're blue in the face without much success, and worse, you may experience another injury. Instead, the key is to find your weak links and bring them up. For example, the rear or posterior delts could be weak. You can perform bent-over laterals or one-arm cable lateral raises to correct this problem.

Again, I require more information to truly help, but I'll give you a tip.

For more information on this, refer to my Lateral Thinking for Wide Shoulders article in issue #225.

Additionally, refer to the strength ratios given below [taken from Poliquin's Achieving Structural Balance article in issue #52]:

Optimal strength ratios in the male elite athletes involved in upper body dominated sports as they related to a 1RM, 160 kg performance in the 36 cm close-grip bench press (Poliquin, 1997).

Anyhow, I hope that helps!

Balance and Agility Training: A Waste of Time?

Q: Lately I've been hearing all this talk about the importance of balance and agility training for athletic success. What's your opinion?

A: According to a former professor of mine, Dr. Tudor Bompa, balance training has never been perceived as a limiting factor for performance in any sport other than perhaps women's gymnastics and downhill skiing.

Even so, gymnasts who lack adequate balance will eventually eliminate themselves from the elite group through natural selection. And in downhill skiing, using wobble boards and foam rollers will have little effect on the athlete's mechanics. Those who promote balance training as the "end all and be all" of sports performance lack scientific understanding of sports training in general, and basic sports biomechanics in particular, at least according to Bompa.

Charles Staley has also pointed out that the motor quality of balance, on a physical level, is set in stone by the age of 11 or 12. According to Staley, "Even if balance is highly needed and poorly developed, the problem is that it's not terribly trainable. To spend time and effort on something that's not trainable obviously doesn't yield great results."

Instead, Staley recommends focusing on maximal strength development, as it's highly trainable and foundational to other elements. He nails the lid on the argument by saying that most of what's passed off as "functional training" today is really the unskilled and inappropriate application of rehabilitation protocols on healthy people! (Staley doesn't mince words, does he?)

As Mark Diaz has revealed, 90% of agility is gained by the prepubescent age (12-13 years old). In accordance with this information, Dr. Istvan Bayli points out the importance of involving children in many different activities and sports to develop agility, balance, and coordination for the future. Again, through natural selection, they'll naturally favor sports they're good at.

Likewise, Charles Poliquin has clearly stated that all these agility drills for athletes like football players are a waste of time. All they do is make you good at the drills themselves; they don't necessarily improve agility in sport. Vision and anticipation, for example, are important and most often overlooked variables.

Also, at a previous seminar, Poliquin mentioned that they no longer use the Swiss ball as heavily with their athletes. Why? Well, when he incorporated it into his athletes' programs, their medal totals began to drop. The second he took Swiss balls out to favor conventional weight training methods, the medals started to pile up again.

Poliquin contends that the same holds true for plyometric training in that excessive plyometrics outside the gym is unnecessary. In fact, Dr. Mel Siff (who's written extensively on the subject of plyometric training which he learned from his Russian counterparts), even suggests that it may be more appropriate to let the sport itself take care of plyometric actions. Leave it for the field, in other words.

Now, that's not to say you can't use explosive jumps, lunges, push-ups, medicine ball work, etc. in the form of something like contrast training in your workouts; just keep in mind that plyometric training as a separate entity may not be the best use of your time. Restoration techniques may be more worthy.

Back to balance and agility training. We can't discount these exercises completely. There are a host of coaches (John Davies is one of them) and athletes who swear by them. World champion skier, Kate Pace, for example, believes that these exercises were crucial to her success. TC claims that his work on the Endo Board has "bullet proofed" his cartilage-deprived knees. There are obviously some good applications to some of these so-called balance tools. As strength researcher David Behm points out, stabilizer activity is heightened, and using them primarily early during the training year would be useful.

Summary: Though not totally worthless, an athlete would be better off training other qualities rather than balance and agility.

Q: JP, enjoyed your Roll Your Way to Killer Abs article! I was wondering though, what's the best way to breathe while performing these? And what do you mean by "brace the abs"?

Also, you say not to reach the point where your arms are fully extended because it places stress on your shoulders and back. However, I read an article by another strength coach where he says to roll out all the way, as long as your back doesn't bother you. Is this okay to do?

A: For those who missed that article, an abdominal roll-out can be performed with a barbell or one of those cheap "ab wheels" you've probably seen at sporting goods stores. See the article in issue #167 for full details.

By "bracing the abs" I mean you should tighten them up as if someone were about to punch you in the gut or throw a medicine ball at your belly.

Regarding your breathing question, the standard advice is to inhale as you roll out and exhale when you roll back in. However, you'll feel far more secure if you maintain a rigid torso by holding your breath as you roll out. On the way back, exhale through pursed lips until you reach the starting position. At that point, take in about 75% of a max breath into your belly, brace the abdominals and go again. If this is too confusing, then stop worrying about it and let your body do it naturally. Just remember to breathe between reps so you don't embarrass yourself by passing out.

How far should you roll out? As long as you don't experience any back or shoulder problems, you can roll out further than I originally recommended. Your back and shoulders will dictate how far you can go (i.e. if your back starts to arch, then you've gone too far.) In this respect, there are two variations: 1) with spinal flexion (the back rounded and chin on the chest), or 2) keeping the abdominals braced with a neutral spine. Try both and see what works best for you!

Q: I started using a stability ball for ab training to get the full range of motion in sit-ups/crunches. The problem is, this seems to tweak my low back and it often hurts the next day. What's the problem?

A: This is a classic example of the exercise being too difficult for your particular level of conditioning. You have to accommodate your current abdominal strength or your back will take the brunt of the load.

Oh yeah, and if you're holding a weight across your chest, reduce the load or ditch it altogether until your level of conditioning has improved.

Q: Do behind-the-neck pull-ups place excess stress on your rotator cuff? It seems like I get a better contraction of the lats by doing pull-ups this way.

A: Extreme external rotation with abduction under heavy loading during any vertical pulling movement (pull-ups or pulldowns) can be quite stressful to the shoulder complex. Keep the bar in front of the body.

Behind-the-neck presses can be safe, however, (assuming adequate external rotation can be achieved) due to the force of compression exerted by the bar itself.

I Wanna be a Personal Trainer

Q: I'm really interested in being a personal trainer. If you had the opportunity to go to a training institute, would you rather do that than attend a college where you'd just take required courses? What type of classes should I take if I go the college route? Furthermore, do personal trainers earn a good amount of money?

A: To be honest, most of my "real" education came after university. I do believe that formal education is valuable to a certain degree (pardon the pun), but it isn't absolutely mandatory! Attending a training institute sounds like a wonderful opportunity.

Personal training can be a lucrative occupation. It's not uncommon to earn a six-figure salary if you put in a lot of hours, at least here in Canada. The key isn't so much location, but rather your skill. If you're good, you'll be successful (and that holds true for any endeavor). It won't come immediately; you'll have to pay your dues and put in the time, but eventually you should earn some good money doing something you love.

If you decide to take college classes, all I can suggest are the basics: courses in physiology, kinesiology, anatomy, biomechanics, athletic injuries, sport psychology, etc. All these will help in your development. To get a true "feel" for personal training, enroll in a weekend certification course, pick up a certificate and start working in a health club. You won't get paid much, but you'll know quickly whether or not you enjoy it! Good luck! 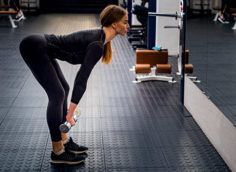 Romanian deadlifts (RDLs) work your entire posterior chain. But which version is best for you? How many sets and reps? Find out here.
Bodybuilding, Powerlifting & Strength, Training
Nick Tumminello October 26

If you only do standing shrugs, you're missing a big part of your traps. Try this.
Exercise Coaching, Tips
Eirik Sandvik April 7 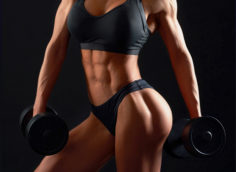 Trying to tighten up your diet and lose fat? Here's how to organize your lifting workouts, according to science.
Training
Calvin Huynh January 24