The basic curl will always have a place in bicep training. But arm development doesn't begin and end with the traditional curl. It's really only the beginning.

There are three regions of the biceps that need to be trained in order to build big, strong arms – the brachialis, the brachioradialis, and the two-headed biceps brachii. Leave out any of these and you'll be stuck with puny arms. Do these exercises for complete biceps development.

What's unique about the Zottman curl is the mechanical advantage in the eccentric or negative portion of the lift. Most lifters are about 1.75 times stronger during the eccentric phase of a lift. Since you can curl more than you can reverse curl, the concentric or lifting portion of the Zottman curl is done with palms facing up. Then when lowering that same weight you perform a reverse curl since you can lower a lot more weight than you can raise.

Hold two dumbbells at your sides with your palms up. While keeping your elbows tucked and close to your body, curl both dumbbells to about shoulder height. Once you reach peak contraction, squeeze the biceps hard and then rotate the dumbbells so that your palms are facing down. From here, lower the dumbbells into starting position stopping short of lockout to keep tension on the biceps. At the bottom, turn your hands back into a palms-up position and repeat.

Do bands really have a place in arm training? Yes. Moving weight without bands doesn't change the tension or load during the movement, so you lose maximal stimulation at different points of the lift due to leverage. Adding bands will tax the biceps at every point in the rep. Also, the eccentric or lowering phase of the lift is enhanced since the added tension from the bands is trying to staple you into the floor. This places enormous growth stimulus on the biceps.

The inverted row is an excellent compound movement that blasts the biceps. And if you've got a tricky low back, you'll appreciate this variation since it relieves stress there. This movement also provides an effective substitute if you can't do chin-ups.

Set up a barbell in the squat rack or Smith machine. To determine the height, lie on the floor underneath the bar. The bar should be just above your reach. Grab it with a supinated grip (palms facing you). Lift your hips up, engage your glutes, and point your toes up. You should be able to draw a straight line from your ears to your ankles. Initiate the pull at the elbow while keeping a tight position throughout your abs and hips. Pull your body into peak contraction –the bar should kiss your lower chest– hold it and then squeeze your biceps for two seconds. Lower yourself to starting position and repeat. 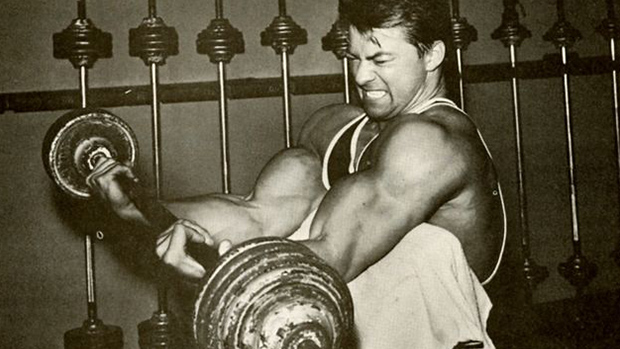 The classic Scott curl is similar in execution to a barbell curl – the elbow flexing against resistance – however, since your armpits are tucked against the top of the preacher bench with your chest supported by the pad, you're incapable of creating any momentum from the hips and core. This means your biceps get lit up.

Lean up against the angled side of a preacher bench. Your chest should support all your weight, while your armpits are lodged onto the top of the pad. On the flat side of the preacher bench, your triceps will lay flat. In this position grab the EZ-bar with a close grip. Curl the weight up to about shoulder level. Hold for a one-count and lower weight into starting position. Avoid fully extending your elbows at the bottom to keep tension on the biceps throughout the set.

This muscle sits under the bicep. When it's well-developed, it pushes the bicep peak up making it look taller. This tiny muscle is also an aesthetics enhancing feature from the side view. When you give the brachialis the attention it deserves, it dramatically increases the thickness of your arms. To hit the brachialis, anything with a neutral grip – think hammer curl – is a solid choice.

The term "biceps" means two heads, and "brachii" refers to the upper arm. Think of the long head of the bicep as the outer part of the arm. It's best worked with movements that situate the arm behind the body like incline dumbbell curls. The short head can be associated with the inside of the arm, the part that is next to your pecs, obliques, and serratus. 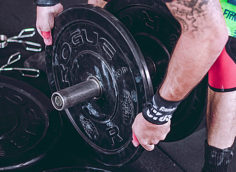 Some guys are just too tall, too beefy, or too tight to do Olympic lifts. No prob. Here are some great alternatives to help them build explosiveness.
Training, Weightlifting
Lee Boyce June 7 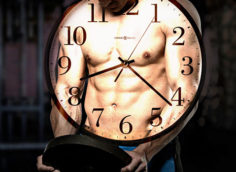 Get a better workout every single time you walk into the gym. Here's how.
Bodybuilding, Tips, Training
Chris Shugart July 12
An Interview with Ed Coan
Training
T Nation February 16 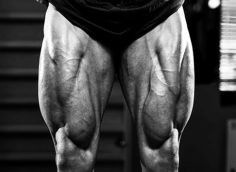