Go ahead and unfriend me now, I'll understand. Look, the barbell bench press is okay. It's not the cause of 99% of all shoulder pain in gyms, but it's also not the holy grail of upper-body (or even chest) movements.

The bench press is popular because it's one of the three powerlifts, and also because it's somehow evolved into a premier strength standard. There are, however, much better movements for sport-specific strength or eye-popping upper body musculature.

As far as strength standards are concerned, you don't need to know how much someone benches to know how strong he is. Watch Mike O'Hearn incline benching 455 for multiple sets of 2, or Ronnie Coleman flat-dumbbell pressing a pair of 200's for 12 reps. Do you really need to know how much these guys can flat barbell bench to rate their strength levels?

The better option here is not to give up the barbell bench altogether, but instead use it in rotation with other great exercises like incline dumbbell presses, dips, ring push-ups, football-bar benches, and even some machine work now and then. 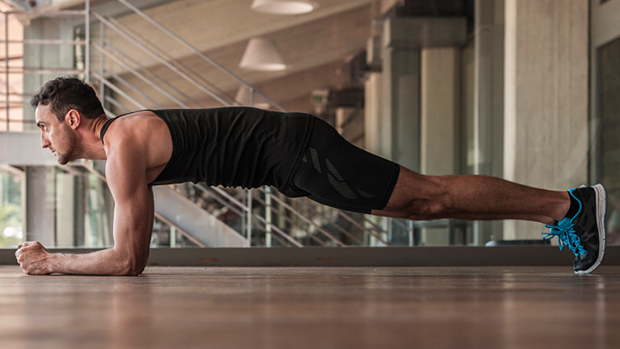 "No one has enough core stability!" Wait, really? How do you know your core isn't stable? Do you frequently find yourself unexpectedly losing your balance and tipping over?

Along with widespread panic about gluten poisoning, GMO's, and artificial sweeteners, core stability is just one more example of modern-day "fitness alarmism."

What we should actually be alarmed about is "core expansion." In other words, most of us need core reduction, not core stability. And if you're fat, your primary task is to create an energy deficit so that your body is forced to tap into its stored fat reserves for energy. This means eating less crap and/or moving more.

On the movement side of this equation, we need to focus on activities that burn lots of calories, either during, and/or after the activity itself. Now follow this closely, because it's important: What burns calories is doing work. Work is defined as moving a mass over a specific distance. Any time you increase the weight or increase the distance (range of motion) you've done more work, and therefore have burned more calories.

The problem with planks is that there's no range of motion. Yeah, planks hurt a lot, and yes, you're burning a few calories, but not many. So planks are high cost (time, pain, personal indignity) but low benefit. And while they might increase your core stability, your core is probably strong enough anyway. 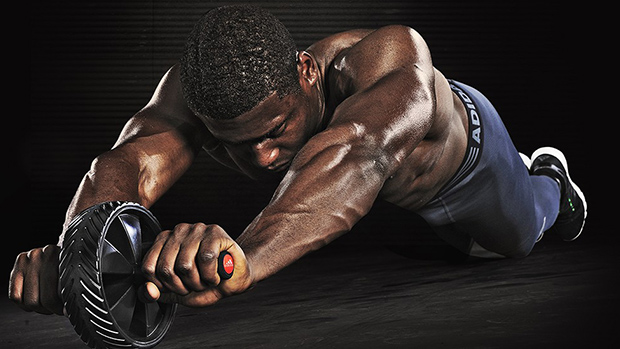 Rollouts are great because they can be scaled to any level of ability, and unlike planks, they actually provide significant benefit in terms of getting stronger and burning calories. And rollouts aren't just an "ab" exercise – they pose huge demands on the lats as well. This means enhanced strength as well as increased metabolic cost (i.e. fat loss). 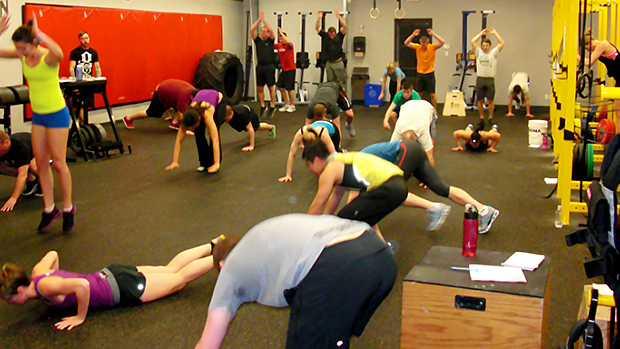 We can all thank CrossFit for popularizing this one, even though burpees have been around forever. While burpees burn calories, and while they might provide a bit of strength and cardiovascular benefit, there are certainly less miserable ways to achieve the same benefits.

Another problem with burpees is that they're psychological. They fall into the category of "punitive" exercises like push-ups, sit-ups, and "running laps." Physical activity shouldn't be a punishment. It should be a reward.

Honestly, the better alternative to burpees is anything that actually works. Okay, there's nothing intrinsically wrong with the movement. They just receive an inordinate amount of attention relative to their value. Do them for an occasional change of pace or if you happen to find them fun. Just don't ascribe any special value to them.

About a year ago, all in the course of a single week, I saw messages from four of my Facebook friends who had ruptured an Achilles tendon while performing box jumps. Coincidence? Maybe, but it's enough to catch your attention.

Risks aside, box jumps can be fun and the movement doesn't get enough attention when it comes to fitness. With that said, box jumps don't make a lot of sense on several fronts:

If you're looking to measure true jumping ability, the standard vertical jump, or even better, the standing long jump (which requires no special equipment and cannot be cheated) are better barometers.

If, however, you're simply trying to get stronger and leaner, stick to the proven classics like squats, deadlifts, and various types of lunges. These alternatives are better suited for the development of strength and muscle growth, and they're much safer to boot. 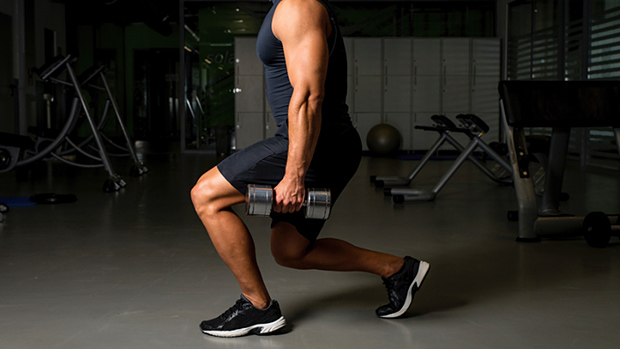 Lunges are a valuable movement for nearly all of us, but the walking lunge is problematic, especially for the other gym members who need to circumnavigate "walking lungers" when they're trying to do their own workouts.

Also, when most people do this movement, their mind starts to drift. You start thinking about distance covered rather than good lunge technique. It's rare to see walking lunges done with good form. They almost always look like a hot mess.

Okay, maybe hogging up the entire gym floor with your lunges isn't a huge deal, but the fact remains that the benefits of walking lunges can be attained by either lunging in place, doing knee-friendly reverse lunges, or better yet, doing Dr. Rusin's forward-reverse lunge.

Start off in a neutral position with your feet next to one another and then move into a forward lunge with the right leg. Then move directly into a reverse lunge on that same right leg. The same leg will remain dynamic throughout the entire set. Then, when all reps are completed, you switch to the other leg.

This unique drill delivers the benefits of both forward and reverse lunges in one exercise, without pissing off your fellow gym members in the process. It's a true win-win!

The snatch and clean and jerk are beautiful to watch and immensely satisfying to perform when you can do them well. But aside from the fun factor, it's difficult to justify these lifts if your goal is improved body composition or athletic performance.

The O-lifts fall short for body composition purposes for a number of reasons. First, they require a substantial amount of training before you can use enough load to disrupt homeostasis. Secondly, they require specialized equipment. Thirdly, they offer relatively low time under tension and eccentric muscle action.

While weightlifting movements may in fact improve explosive power and dynamic mobility for athletic performance, the inescapable fact remains that there are better, safer, more resource-efficient ways to achieve the same ends.

Whether your goals involve better body comp or improved athletic performance, you're better off performing the classic staples such as squats, presses, rows, lunges, deadlifts, pull-ups, and so on.

If, on the other hand, you find yourself fascinated with the Olympic lifts and want to take them on as a personal challenge, by all means, do so! They're an absolute blast and there are competitive opportunities for people of all ages and experience levels. 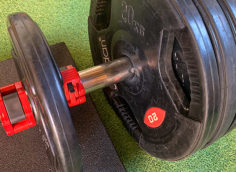 Trying to build stronger hamstrings and keep your back healthy? Here's what to do.
Training
Gareth Sapstead June 29