You hear a lot of "rules" about exercise programming. Problem is, many of them aren't rules at all; they're just myths and misconceptions. Here are the top five:

1 – A Good Program is a Balanced Program

It's sounds sensible, but it's actually not true. A good workout plan isn't about balance. It's about addressing individual needs and helping you reach your particular goals. You will excel in what you emphasize. So, your training program should be imbalanced to some degree in order for you to dedicate more overall training to the areas you're trying to develop most.

Research shows that there's a dose-response to gains in muscle size and strength. So it's a mistake to have a "balanced" training program that dedicates roughly the same amount of exercises, total sets/reps, and training days to your weaker, less developed areas as it does to your stronger, more well-developed muscle groups.

Now, if your goal is to be proficient at a little of everything, but not to excel in any one particular thing, then balance may just be the best thing for you. But not for everyone.

Many trainers emphasize core training, regardless of your goals. However, a 2015 meta-analysis (a study of studies) examined the association between trunk muscle strength, physical fitness, athletic performance, and the effects of core training on these measures in trained people. Here's what it determined:

Obviously this doesn't mean that the core isn't an important part of the body to train. But it DOES mean that the benefits core work has on performance is often misunderstood and overstated. This also means there's no need to treat core training as a universal aspect of programming that requires special emphasis.

When people talk about sticking to the basics, they've got a list of certain exercises they believe are foundational. But let's break that down.

The word "foundational" denotes an underlying basis or principle, something that's fundamental. When this definition is applied to programming it becomes clear that there aren't any fundamental exercises – which are often called "the basics" – that need to be used.

There are only foundational fundamental training principles, like overload, specificity, individuality, etc., that need to be practiced. And it's these principles that dictate the exercises that should be included and how they're applied in a comprehensive training program. In other words, exercises are just methods that allow us to apply principles.

With this in mind, many will judge a training program as either "good" or "bad" based on whether or not it uses a certain set of exercises that they deem as the basics. This is a classic case of putting methods before principles. When it comes to good program design, we don't go from methods down; we go from principles up. So, a good program isn't determined by the exercises it incorporates, but how training principles are utilized.

Now, some coaches will take things a step further when they assert that successful programming is all about MASTERING the basics, which translates to saying that good training involves mastering certain exercises. This isn't right either.

First off, if you're not trying not be a powerlifter or an Olympic lifter, then there's no single exercise that you must do. When it comes to doing exercises like deadlifts, you need only use them in a way that's safe and helps you improve your overall strength or muscle growth. You do need to possess basic competence in the lifts you're performing; however, you don't need to learn or practice the powerlifting-specific skills required to be a master deadlifter.

For example, the fundamental human action that squats fall under is "level changes." In other words, squatting is just one way of many for humans to perform the action of change levels. 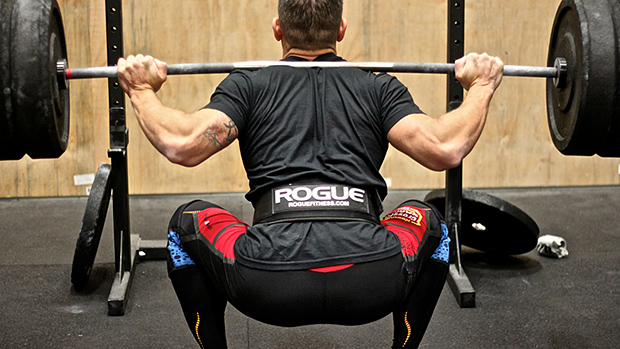 The reason why it's important to delineate fundamental human actions from conventional exercises is because, when we think squats, we usually think of how you move when you perform a barbell squat (front or back). And when we think that this type of squat represents a foundational human action that everyone should be able to do, we try to fit square pegs into round holes. And not everyone is built to squat in that manner.

However, when we realize that the conventional style of squatting is just one way to train the fundamental human action of level changes, we don't put it or any other particular exercise on a pedestal. We know that there are plenty of other ways we can train level changes that better fit the individual based on their skeletal framework, body proportions, and injury history.

This is why it's ridiculous when trainers say, "You just don't know how to coach these lifts." As if everyone can be coached out of their individual skeletal framework, body proportions, and injury history. This is glaring example of coaches who are trying to fit people to exercises instead of fitting exercises to people.

It comes down to this: Are you using the exercise, or is the exercise using you? Given the natural variations between our bodies, it doesn't make sense to tell people that just because some lifters can do the conventional squat or deadlift that everyone should be able to do it the same way. Sure, you can force people to try, but it's a much smarter approach to select exercises based on each lifter's needs.

4 – It's All About Increasing Your Big Lifts

Unless you're a powerlifter, it matters a lot less what you can lift. Non-weightlifters don't chase certain lifting numbers; they chase progress.

Doing that doesn't mean lifting a specific amount of weight that would impress the powerlifting community. It simply means getting stronger than you were without sacrificing your overall health or physical capacity to participate in the other activities and sports you enjoy.

Similarly, when it comes to building muscle size (hypertrophy), progress is judged not by lifting an impressive amount of weight but by the way you perform the lifts and by the resulting changes in your physique. These are the effects that show outside of the gym.

Since the human body adapts, the principle of progressive overload will only take you so far. This is because everyone at some point within a training program reaches a plateau where they're unable to keep progressively overloading the same exercises. This is where variety comes in and you change the exercise.

This is very different from chasing numbers in certain lifts, which brings us back to the problem of trying to fit yourself into the mold of performing certain movements.

There's a 2009 study on division I-AA football players investigating the relationship between maximal squat strength (at a 70 degree knee angle depth, which is below parallel) and five, ten, and forty yard sprint times. This study found that athletes with a 1RM squat/body mass ratio above 2.10 had significantly faster 10 and 40-yard sprint times compared to those with a 1RM squat/body mass ratio below 1.90.

Now, some may want to use this study as evidence that all athletes should not only squat, but also chase the numbers in it to at least reach the old double-bodyweight squat standard.

However, the results of another study that compared unilateral to bilateral squat training for strength, sprints, and agility in rugby players found that Bulgarian split squats where just as effective as back squats in improving measures of lower-body strength, 40-m speed, and change of direction.

In other words, these results not only demonstrate that improvements in strength are similar between bilateral and unilateral squat training, the results also suggest that unilateral training does not decrease bilateral fatigue and vice versa.

Sure, squats are a great way to increase strength, but they're not the only way to do it. You don't even need to see a study to know this. When we apply training principles you realize that no particular exercise has magical powers. You understand the reality that all resistance training exercises are just ways to put force across joints and create progressive overload.

Many coaches, trainers, and personal training organizations use exercise progression and regression models, like the sample sequences below taken from the NSCA'S Foundations Of Fitness Programming manual, which I coauthored:

Progression and regression frameworks like this can be helpful when used as a systematic way to build familiarity with a given movement before doing a more complex variation of it. It makes sense to learn a simple lift before a harder lift. 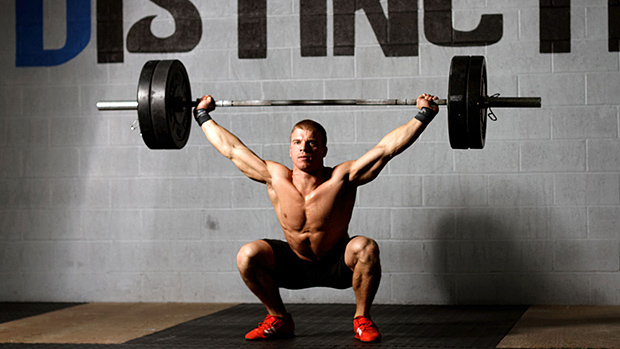 Secondly, if you think you constantly need to add complexity to a given exercise in order to progress in training, how do you progress once you're able to perform whatever variation is at the top tier in your progression model? And, once you're able to do an exercise that's higher on the progression framework, does it mean that you'll no longer benefit from using a variation that's on a lower tier?

No, that's absurd. Every exercise, no matter how simple it is, can be progressed by adding load, reps, sets, time under tension, etc. So you can make the easiest variation very hard by going heavier and doing more reps.

So, sure these frameworks may be helpful in teaching people how to learn exercises, but someone who can perform an advanced exercise, like the split-stance single-arm cable press, can still absolutely benefit from a simpler variation, like the dumbbell press or bench press. You'll benefit as long as the weight is appropriate for your current level of strength.

Even the fittest athletes can use level 1 movements and benefit, so they shouldn't be considered beginner exercises. All it means when someone is able to properly perform the exercises that are higher on these charts is that they're capable of demonstrating good technique on a larger range of exercises. Therefore, they can use a wider variety of lifts in their workouts.

These four challenges will test your lower body strength and give you a heck of a workout. Check 'em out.
Tips, Training
Ben Bruno April 7

For many lifters, this specialty bar makes squatting much more effective. Here's how to use it.
Exercise Coaching, Tips
Christian Thibaudeau February 8
"I wish I could have my first year of training back."
Training
Eric Cressey June 28