You’re all cheating-cheaters, lyin’ liars who are just pretending to do an honest day’s work in the gym when you’re actually relying on rudimentary physics to lift your weights for you instead of your own God-given muscle.

Why, if I were with you now, I’d force you to walk around the block naked while your neighbors shouted “Shame!” and threw poop at you. Let me map out your crime so you don’t go all doe-eyed on me and plead innocence.

Unless you’re some sort of physiology student, strength coach, or all-round smarty-pants, you might not know what the stretch shortening cycle is. Of course, the old, outdated term for this phenomenon is plyometrics, or the plyometric effect.

The easiest way to explain it is to give an example. Stand up (or at least imagine standing up). Bend at the knees and hips as if you were going to jump, only, don’t jump. Instead, hold that bent-knee and bent-hip position for 3 to 5 seconds. NOW jump.

Not too impressive, right? You missed touching the hoop by about three feet.

However, if you stood up and then, very quickly, dropped your knees down to parallel or so without pausing, and then exploded upwards, you’d no doubt at least get close to touching that rim, or knocking that can of corn off the top shelf.

What you experienced by bending down and exploding upwards was that you took advantage of all that elastic energy, courtesy of the natural tendency of muscles and connective tissue to spring back to their more shortened state after being stretched, i.e., the stretch-shortening cycle.

The athletic world got a hint as to just how profound an effect the stretch shortening cycle has on lifting weights when Australian biomechanist Greg Wilson did a little experiment back in the 1990s.

He found that if you do a conventional bench press where you take about a second to lower the bar, it takes a full four-second pause at the bottom of the lift for all the energy from the stretch-shortening cycle to dissipate.

Are you experiencing an epiphany? Has Zeus hurled a lighting bolt of knowledge smack dab in the center of your uni-brow? If not, let me spell it out for you. The vast majority of lifters in the world are cheating their asses off on nearly every lift.

In a sad attempt to lift as much weight as possible and fill the yawning chasm left by an absence of self-esteem, they let the too-heavy weight they’ve chosen fall towards the ground like a rock off a highway overpass and then used the stored energy from the stretch shortening cycle to catapult the weight up. 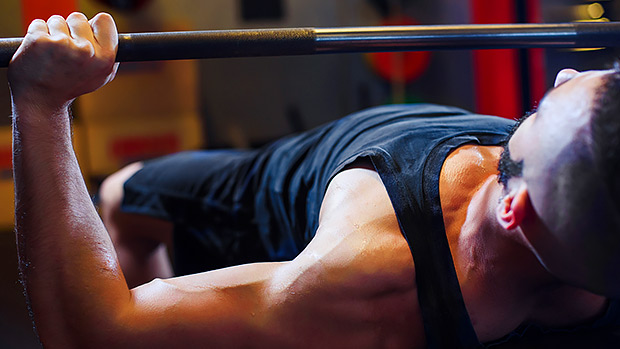 Most People Actually Lift a Weight for Only a Few Inches

Powerlifters mostly abide by rule number 2 because they want to lift as much weight as possible. Football players, baseball players, mixed martial artists, etc., also use rule number 2 to build the explosive strength that might come in handy in their chosen sport. CrossFitters also live almost exclusively in the stretch-shortening cycle world.

Based on what you and I typically see in the gym, though, 99.9% of the people there lift as if they were powerlifters or professional athletes, because I sure as hell don’t see anyone trying to negate the stretch shortening cycle in any of their lifts.

For most of them, it’s all about just letting the weight pretty much fall, and then using the catapult that is their connective tissues to lift the weight for them.

But let me be fair. These yellow-bellied, pond-sucking, weightlifting cheaters are, as it turns out, actually doing a teensy bit of work. By the time they get the weight about two-thirds of the way up, all the elastic energy from the stretch shortening cycle has been exhausted, forcing them to actually do some work for 1/3 of exactly one-half of a full rep.

You’ve no doubt read plenty or articles that stress either the concentric part of the movement or the eccentric part. Coaches advocate different lifting tempos based on the goals of their athletes.

Lost in all the discussion, though, is the phase between the lowering and the lifting, the period where you negate all the elastic energy and set yourself up to do some real work. This is crucial, at least if you want to build muscle and pure strength.

This is where something I call “The 4-Second Rule” comes in. Let’s say I can talk you into slowing the weight down and taking 2 seconds to lower the bar during a bench press. By doing that, you’ve already negated much of the stretch-shortening cycle, but there’s still a little energy being stored up and we want to get rid of that, too, if we want to do an honest rep.

To do that, we then pause in between the concentric and the eccentric rep for two seconds: two seconds to lower the weight, followed by a two-second pause – that equals a total of 4 seconds.

Got it? Any combination of numbers that equals 4 seconds (or more, if you’re so inclined) in the lowering phase and subsequent pause will go a long way to negating or crippling the stretch-shortening cycle phenomenon and force you to do some honest reps for the first time in your slacker life. 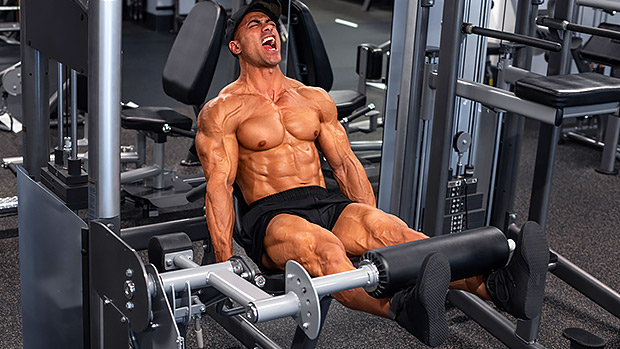 But we need to do one last thing to truly make sure you’re getting the most out of every rep. After the pause, the one that dissipates the energy from the stretch-shortening cycle, you need to explode the weight upwards to recruit the maximum number of muscle fibers.

Whether you’re using a lighter weight that actually allows you to do the rep quicker or you’re using a heavy weight and simply TRYING to move it quickly doesn’t matter, both recruit high numbers of muscle fibers.

So explode like a rocket. Accelerate like a cheetah. Erupt as if someone just poked you in the butt with a stick. Pick an analogy and go with it.

You needn’t use my 4-second rule all the time, of course. It can get a little boring and it’s definitely harder than “normal” lifting. Still, it’s a hugely effective way to see some actual muscle growth for once.

But if counting even this little bit is distracting to your efforts, go ahead and simplify the instructions even further and do what Christian Thibaudeau recommends:

“Lower the weight under control, hold the bottom position for a second, and then explode up.”