Train for Gains, Not Pains

The ability to master movement patterns has become extinct in gyms across the country, leaving our bodies deteriorating in the process. Staple lifts are now causing an epidemic of debilitating injuries. As a doctor of physical therapy, I treat these folks daily.

Here are the four most debilitating traditional exercises that are tearing down the bodies of lifters, plus how to intelligently modify these movements to live to lift another day. Spend some time training for gains instead of pains and you’ll soon be able to re-introduce these exercises.

Before the “just squat bros” start warming up their fingers for an online battle royale, listen up. If your goals include maximizing your strength, packing on muscle, and keeping your lower back and knees from chronic pain and joint degradation, why would you choose to squat ATG over a traditional parallel squat?

Unless you’re the guy who prides himself on lackluster results and taking full advantage of your hard-earned health insurance, it’s time to rethink your depth! 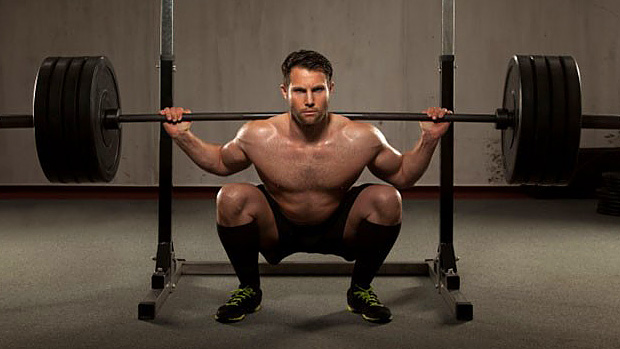 You may as well tear up the risk-to-benefit analysis for squatting as soon as you choose to drop below 10 degrees parallel. In the physical therapy business, we refer to deep squatters as “lifelong customers.”

Squatting unreasonably deep means spending more time in the position that’s been shown to put the lumbar spine and surrounding tissues at an insanely high risk for injury.

Before you go all Paleolithic on me, yes, the human body is capable of the necessary mobility to reach ATG depths. However, the lumbar spine and hip complexes weren’t designed to stabilize and generate force under heavy loads while in that position.

Continuing to do so is playing with fire, and the sensation of fire running from your back down into your legs after a nasty disc herniation is exactly what you might feel.

Remember, your actions must reflect your goals. The goals just don’t add up to the results in this case, and no, your butt wink isn’t cute. Every time your lumbar spine rounds, you’re putting yourself at an unnecessary risk of injury.

Own your just-below-parallel squat if you want to reap the benefits of both worlds. There’s a reason why powerlifting has adopted a strict set of rules for proper squat depth. It allows a maximal amount of strength to be expressed while keeping competitors in a relatively safe range of motion.

You’re not smarter than the USPA, so do yourself a favor and follow their lead. 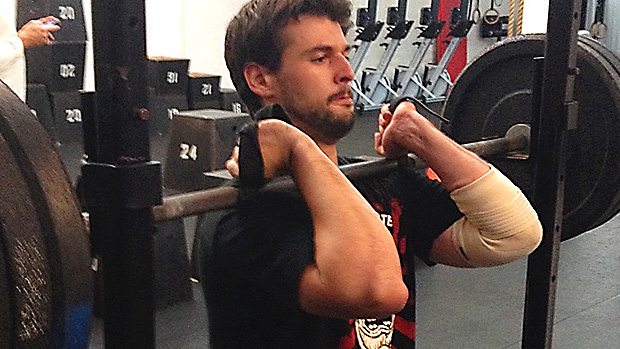 If your primary goal is to stay healthy and protect your spine, the front squat can be a powerful squat variation. Due to the load being anteriorly loaded, the spine must maintain a more upright and stable position throughout.

Cutting out limiting factors that cause a breakdown of form is the next step to squatting pain-free. If your ankle mobility resembles that of a stone, elevate your heels to enhance the entire kinetic chain.

If shoulder mobility is keeping you from epic high-fives with your fraternity brothers, the use of straps can improve your ability to keep your thoracic spine stiff and stabilized.

I have a theory. I think the exponential rise in people hitting the bench can be attributed to the removal of all bench presses from Planet Fitness’ worldwide. You know what they say, if Planet Fitness isn’t doing it, you damn well better make it a priority in your program! 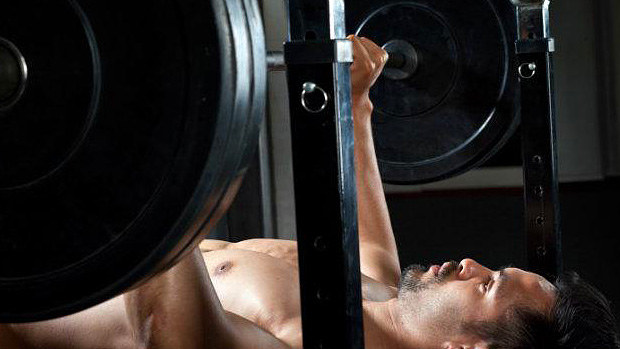 The real problem with the bench press isn’t the movement itself, but rather a lack of stability throughout the shoulders and core.

Mastering dynamic stability of one of the most mobile joints in the body isn’t an easy task, but one that must be a prerequisite before approaching the bench. Whatever happened to first dominating bodyweight movements like the push-up and earning the right to stack a few plates on the bar?

Maintaining a strong tonic contraction throughout the “pillar” is a pivotal aspect of this lift. Without the ability to complete a strict push-up without looking like you’re getting down and dirty with the rubber flooring, the chance of you being able to activate posterior rotator cuff stabilizers and position your shoulder blades in an advantageous biomechanical orientation is painfully slim.

No one is safe from the bench bug, not even advanced veterans in the strength game. Due to the chronic stresses posed on the anterior shoulder region during the press, the primary soft tissues and joints involved in the movement can become irritated and dysfunctional, making a debilitating injury much more likely. 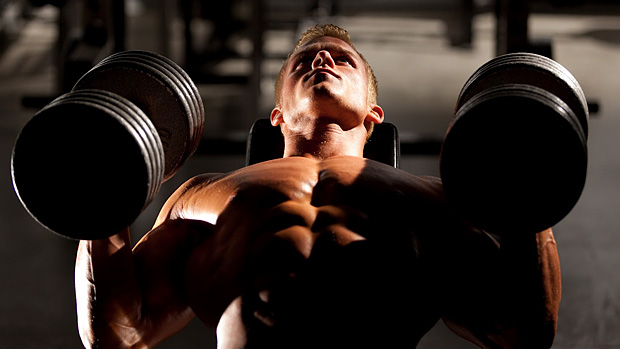 A slight inclination of the bench allows a more advantageous position for the ball and socket joint of the shoulder to function. Without geeking out too hard, the head of the humerus (ball) is more centrated in the glenoid fossa (socket), allowing for smoother translations and a larger, broader surface area to work from during dynamic movements.

Also, by utilizing dumbbells instead of the barbell, your shoulders and upper extremities can move through a more authentic movement pattern.

Lastly, the dumbbells are single armed in nature, and loads are largely limited by your ability to stabilize them. Give it a few weeks, and when you’re able to painlessly sleep through the night in a bed like a normal human, you’ll know you’re ready to hit the bench again.

There’s a reason why soft commercial gyms like LA Fitness strategically purchase tens of thousands of dollars in hex plates to fill the metabolically-challenged boxes they like to refer to as health centers – they don’t want you deadlifting!

Corporate fitness is willing to spend the extra time, effort, and money to keep you from having the slightest hankering to lift a load off the floor. Why? Because a majority of people can’t be trusted to safely complete one of the most fundamental movement patterns known to mankind – the deadlift. 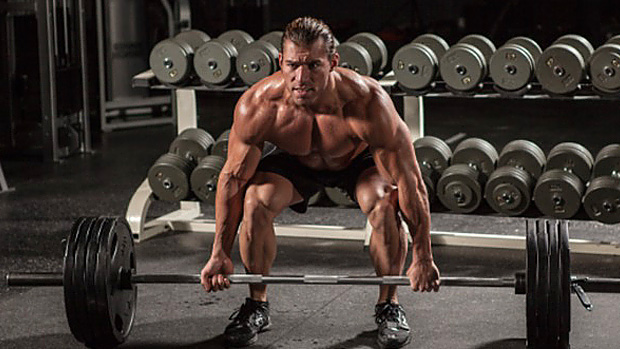 In this day and age, the average American can barely pick up their Amazon box full of Jillian Michaels DVDs without herniating a disc or two. No wonder gym owners drop a deuce in their Lululemon undies every time the iron hits the floor. It’s just another expensive lawsuit waiting to happen! 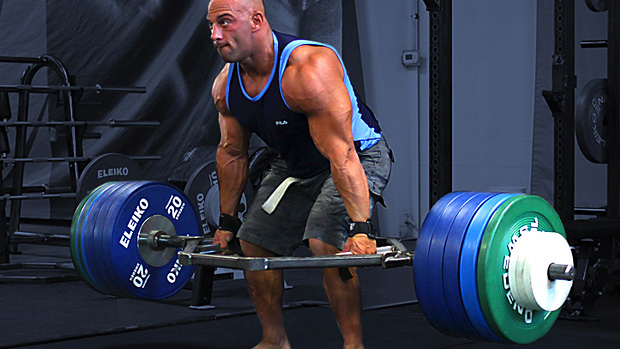 One of the most basic ways to reteach a proper hip hinge and trunk stability pattern is through the programming of the trap bar deadlift.

The movement provides a slight variation in both joint angulation and the center of mass of the load, forcing your mechanics and form to clean up in no time. You’ll soon earn the right to once again program deads with the barbell.

Unless you’re an 86-year-old grandmother rehabilitating a total knee replacement or Brach Warren working on showcasing another vein through his left VMO, you have no business on the seated leg press. It simply hurts people!

These are not the type of injuries that people get over in a few days. The leg press has the ability to cause massive structural damage to the spine that’s likely to haunt your functionality for the remainder of your skinny-legged life. 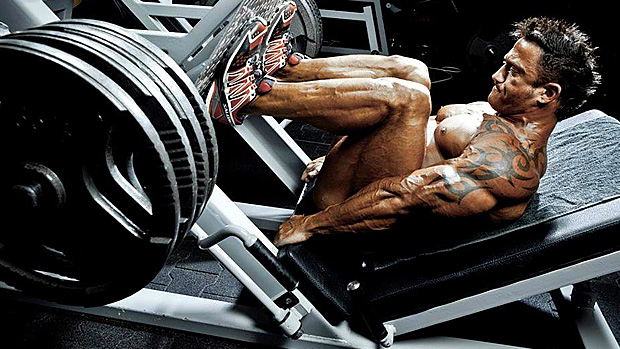 Let’s break down the mechanics of this movement from a practical standpoint.

The seated position, more specifically the 45-degree seated position, places the lumbar spine in a forward flexing position before your legs even begin pushing through that torturous 8-inch range of motion. This is the equivalent position to squatting with your chest facing the ground – I wouldn’t recommend it if you want to remain ambulatory.

The accentuated deep flexion of the hip joints not only causes some heavy compressional forces shooting through the hips that cause joint irritation and degradation, but it also causes a dysfunctional compensation pattern in the lumbar spine, bringing it into further flexion as each segment buckles. Remember, this piss poor posture is just in the setup!

Adding a dynamic component to this setup is where this exercise becomes downright outrageous. Sure it’s easy for some uncertified newbie personal trainer to program it because you just sit and push, similar to a bathroom break in the office.

The simplicity of this movement is what keeps it continually being brought back to life in an industry of alleged experts that are just as confused as the clients they’re being paid to coach. The simplistic nature of little-to-no stability throughout the spinal column and hips is what intrinsically makes this the most debilitating exercise in the gym.

Bottom line, protecting the spine must be a primary focus at all times during any activity, not just weight training. The seated leg press not only lacks the ability to protect the spine, but also flaunts an unstable, maximally loaded nature that’s a powder keg waiting to blow. 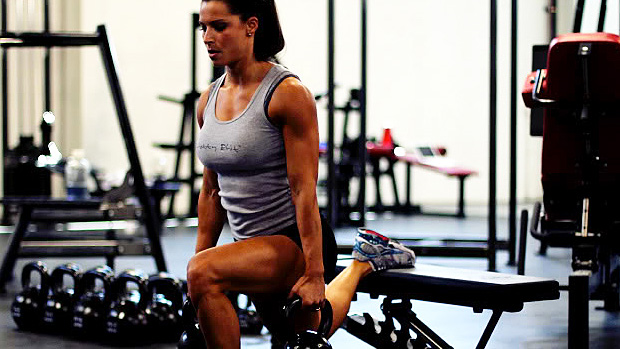 If your primary goal for programming a leg press into your routine is to isolate the quads for strength and hypertrophy gains, there are a number of superior programming options that accomplish the same thing while saving you from sitting and pressing your way to an invasive surgical spinal fusion.

One of the best alternatives to the leg press is the rear foot elevated (Bulgarian) split squat. The single-leg nature of this movement isolates the quadriceps for maximizing growth potential, but also trains the posterior chain to work alongside the quads to increase functionality.

With an extremely high metabolic demand and force output necessary to dominate Bulgarians under near maximal loads, you’ll be able to sit back without pain and forget all about that lousy leg-press sled that takes up so much room in the gym!