Spot reduction is impossible. You can’t lose fat predominantly in a specific area just by training that area. This is something every personal trainer or coach who’s worth a damn knows.

Only one problem: it’s simply not true. You can increase fat loss in a specific area. It’s a fact – a fact that’s been observed by successful bodybuilders and that’s now backed by science.

Many legendary bodybuilders believed in spot reduction. For example, they did hundreds, even thousands, of sit-ups not only to build the abs but to “whittle away body fat” from that area before a contest.

Since then, “smart people” have written this off, saying it was just a result of the pre-competition diet and increased cardio activity causing systemic (whole body) fat loss, some of which just happened to be around the midsection.

Sure, that’s a factor too, but maybe these in-the-trenches bodybuilders – which included Arnold, Columbu, Zane, and Corey Everson – were unknowingly on to something that science just hadn’t proven possible yet. As is often the case, the dedicated lifter often figures things out, then geeks in lab coats come along later to prove them correct.

“I got the first clue about this in 2001. I didn’t put two and two together until much later though. As a competitive Olympic lifter at that time, I had very lean legs and a fairly fat upper body. I remember getting my body fat percentage tested and my legs were roughly 6% and my upper body 20%. 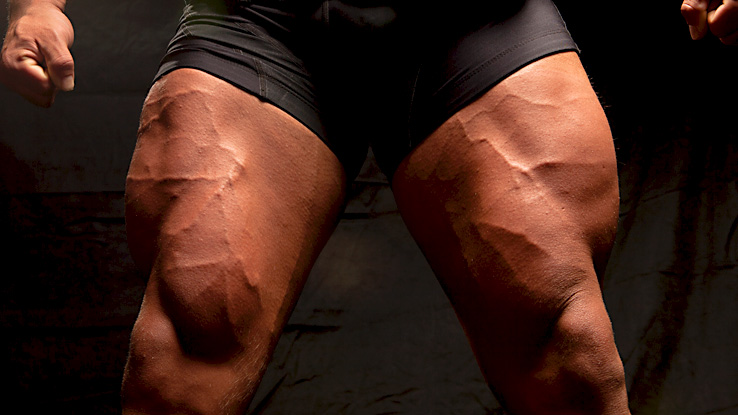 “I’d been training for the sport for three years at that point, squatting every day, sometimes twice per day, and doing lots of sled pulling. The fact that I did so much leg work very likely increased the vascularization of my legs. As we’ll see later, the more vascularized an area is, the easier it is to mobilize fat from that area. Even to this day, even if I’m in one of my fatter states (about 12%), my legs are super vascular and even cross-striated.”

Christian experienced a similar effect when preparing for a bodybuilding show:

“My abdomen turned out to be by far the leanest section of my body. In fact, even when I get just as lean today, I never get the same tight midsection as I did back then when I used the cardio-abs combo.

It wasn’t until years later that I read a T Nation article by Dr. Lonnie Lowery that explained the science behind real spot reduction.”

Training is fun, science is usually tedious, so let’s zoom through this. (A nod to Dr. Lowery for doing the boring research for us.)

Poor blood flow to certain areas of the body – obliques and lower abs for example – equals poor fat loss from those areas. Researcher K. Frayne notes: “There is evidence that adipose tissue blood flow does not increase sufficiently to allow delivery of all the fatty acids released into the systemic circulation.” Luckily, we can manipulate that with the right training.

Calorie balance does matter, of course, but research is supporting what the old-school guys used to do.

Calorie-burning is part of the equation, but calories come from difference sources. Would you rather the calories you burn in a conditioning session come from the fat area around your navel or from the glycogen and triglycerides in your muscles?

Increase blood flow and you can extract more fat from the troubled area.

With techniques like microdialysis, you can actually see this occurring. Microdialysis involves sticking super tiny tubes into subcutaneous fatty areas like the lower stomach and measuring fat breakdown products, like glycerol and fatty acids, in the interstitial fluid. Increase the blood flow to that area and localized fat loss increases. “That’s spot reduction,” says Dr. Lowery.

An acute bout of exercise can induce spot lipolysis and increased blood flow in adipose tissue adjacent to contracting skeletal muscle. That means if you train your abs the right way at the right time, the belly fat on the outside of the abs will “burn” preferentially.

Another paper notes that there are well-documented regional variations in lipolysis.

“The subcutaneous abdominal has an intermediate rate and the gluteal-femoral depots have relatively sluggish turnover.”

“Collectively, this means when you contract a muscle, the adjacent body fat starts to break down more,” Dr. Lowery notes. 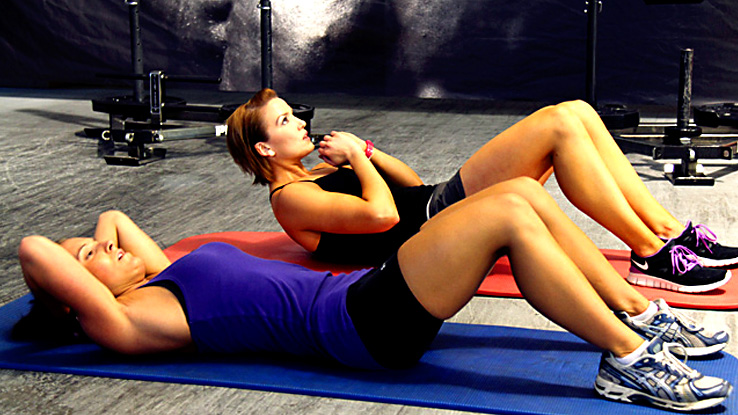 You can also use regular, moderate intensity cardio like Christian did for his bodybuilding show, but it’s much less efficient than true conditioning work. You’d need to do at least 30 minutes of cardio, so three bouts of 10 minutes, with 3-6 sets of ab work between every bout. The results will be there, but each session is three times a long. If you don’t have the conditioning level to do 10-15 minutes of intense work like Prowler pushing or sprints, this is a good option.

Here are three options to maximize fat loss from the abdomen to reveal that six pack: 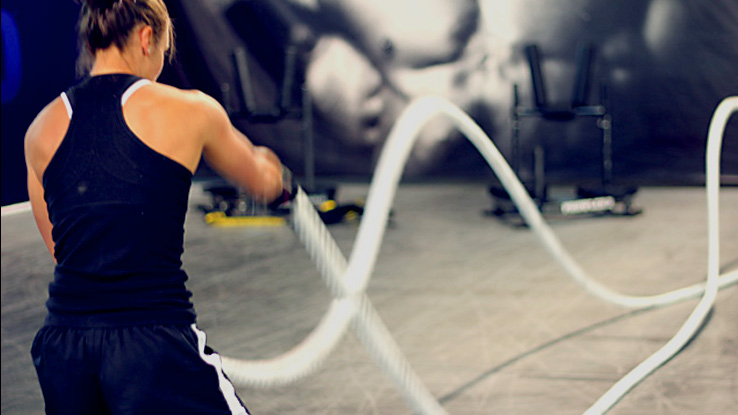 Target Fat Deposits and Destroy Them

This is not a plan for the very overweight, but for the decently fit person or pre-contest bodybuilder looking to trigger acute fat loss in hard-to-mobilize areas. We’d tell you that diet plays an important role too, but you’re not an idiot so you probably know that already.

Note: For more workouts that use the Targeted Fat Mobilization technique, download the Indigo Project Training Program for fat-loss hypertrophy.