Spend this past weekend BBQ hopping and now you need to buckle back down before the buckle snaps?

Instead of spending the next week pulling belt buckle shrapnel out of your gut, get rid of it with these metabolic combos.

The goal of these metabolic pairings is to drastically jack up fat use for fuel by increasing energy expenditure and stimulating the release of free-fatty acids. These fatty acids are shuttled into the bloodstream thanks to an elevation in growth hormone brought on by an increase in lactate production (which acidifies the whole body).

The best way to create this ideal internal environment is by using a combo of one weighted, relatively heavy exercise, and one high-speed, lower load movement (an abdominal drill is also added to the mix in the more advanced versions).

With these metabolic pairings, there are two key points to respect called “the engine principles.”

It’s time to get down to it with some of my favorite combos.

The clean-grip power pull offers many of the benefits of the Olympic lifts since it’s basically the pulling part of these movements. But to make it effective, you must really use a powerful thrust of both your arms and legs (ahem, engine principle). 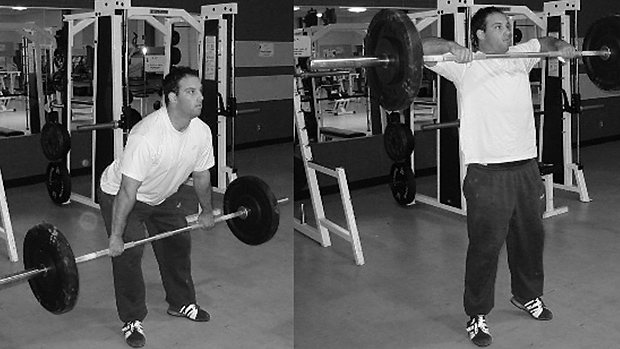 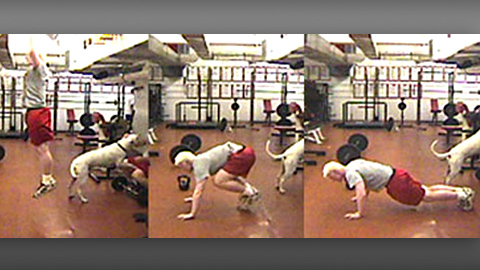 To do so, lower the bar like in a Romanian deadlift and then explode upward, bringing the bar to your sternum (much like an upright row) using a full lower body extension (ankles, knees, and hips) and upper body pull (arms, lower back, and traps).

Since this movement is less technical than the full Olympic lifts, you can, and should do more reps, whereas you should stick to no more than six for the Olympic lifts.

To make the thrusters even more effective for metabolic purposes, start each repetition by “power curling” the dumbbells to your shoulders. Thus, each repetition starts with your arms extended alongside your body, and you then: 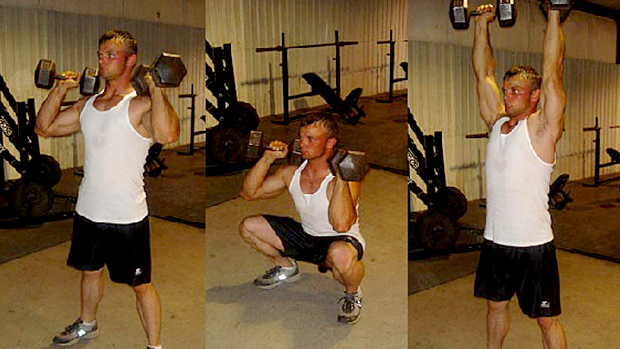 This is the most advanced version of the combo, and arguably the most effective in terms of body transformations. However, you should be somewhat efficient in the Olympic lifts before even attempting this. 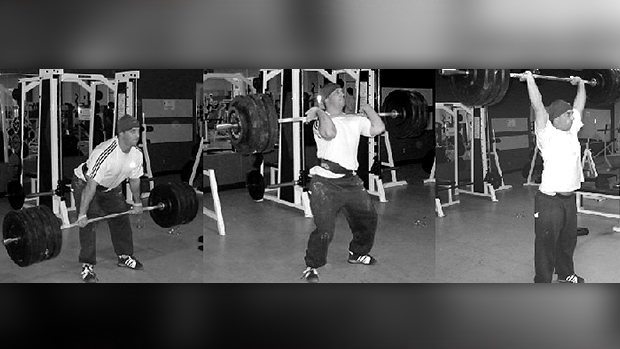 Being the beast that it is, the power clean from the hang and push press movement involves the largest amount of muscle. Furthermore, it’s explosive by nature, so according to the engine principles it’s the most powerful body composition tool among the strength exercises.

As with other Olympic lifts, no more than six reps should be performed to avoid technical breakdown and injuries. 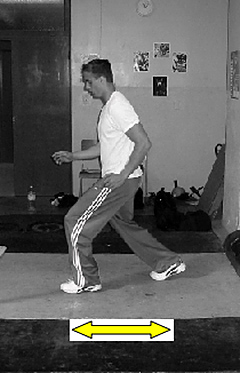 Shuffle running is pretty simple: Imagine running in place, but taking extra long steps and jumping in the air slightly. The goal here is long steps and speed of movement. You switch legs in the air, but you aren’t actually moving. Just move your legs as fast as you can without moving forward or backwards. 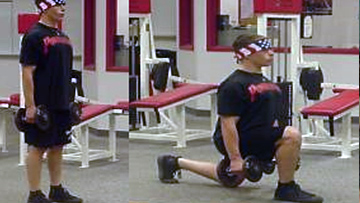 For the stationary lunges, start standing up with both legs together. Take a long step forward with the target leg and drop down into a lunge position, and then push yourself back up to the starting position. Alternate legs on each rep. 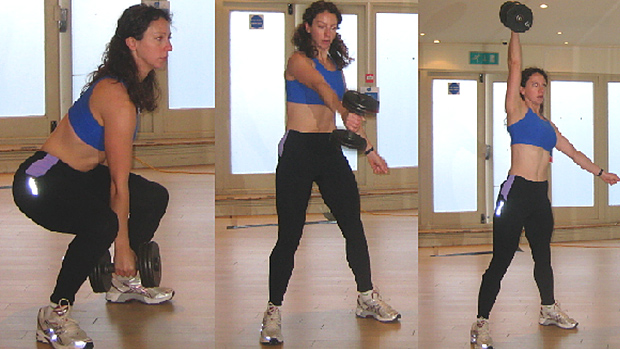 For the three-way dumbbell swing, there’s no rest between each part of the set. So, you perform the required number of reps (15 for example) with the left arm, then immediately move on to the right arm, and then finally to both arms.

Since you’re using the same dumbbell for all three portions, when you’re up to the both arms portion, grab the one dumbbell with both hands (don’t use two dumbbells). 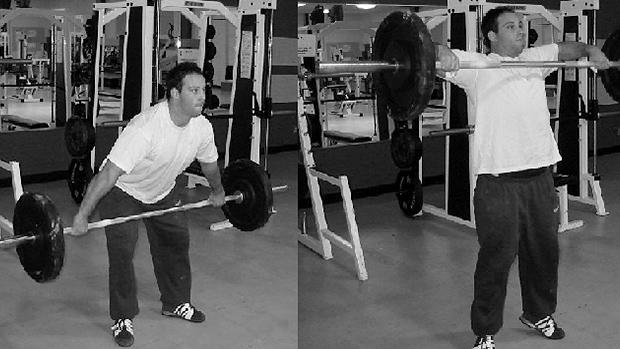 This one is essentially a triple set rather than a combo because when you reach a point where you can’t jump you switch to bodyweight squats. On that later portion (squats), the goal is to get as many reps as you can in 30 seconds.

When performing a metabolic session, I normally use two or three combos during the workout. Each combo is then performed anywhere from two to five times.

Usually, five sets are reserved for those with a good level of conditioning, as it can quickly become hell on earth. Heck, I’ve had tough-as-nails football players quit after two rounds of the first combo because of severe leg cramps or nausea!

With this type of training, it’s wise to gradually build up the volume (number of sets) and difficulty (level) of work.

How you put it all together is up to your imagination and puke tolerance.