Squat depth is one of the most hotly debated topics in the industry, but for the most part, the debate is puzzling.

For one thing, Olympic lifters, powerlifters, and bodybuilders squat with fundamentally different patterns. To even compare these squat patterns biomechanically would be to compare apples to oranges at best.

But instead of arguing with an absolutist mentality over how low to squat, let's all come together and realize one thing – all squatters are different, therefore, all squatters will squat differently.

So, how are you going to figure out what squat depth is right for your body and your training?

How I determine an athlete's optimal squat depth isn't a cookie cutter approach from the world of academia. Rather, it's a systematic process that's been battle tested with MLB All-Stars, NFL All-Pros, and competitive bodybuilders and powerlifters alike.

If you want to stay healthy while also maximizing your abilities under the bar, you'd be foolish not to take the time to put yourself through these self-diagnostics. Use these tests to either confirm your choice of squat depth with objective data, or change your stance, depth and programming for the better.

The choice is yours. If you want to continue to butt wink your way to lumbar disc herniation or half-rep four plate squats until you become the laughing stock of your gym, don't say we didn't warn you!

Though I hate blaming physical abilities or the lack thereof on genetics, there's some hard truth to limitations in terms of mobility, stability, and functional patterns. Notice I didn't say muscle growth, so calm yourself and stay focused.

In terms of the bony structure necessary to determine optimal squat depth, we need to properly assess multiple joint regions such as the ankle and shoulder complex. But when zeroing in on the linchpin of mobility and function for the squat, the hip complex (hips, pelvis, lumbar spine) is a necessary starting point.

We're going to assess the properties of the hip joints by using a standard orthopedic-based assessment: the hip scour test. This test is used in many orthopedic practices to determine both the presence and location of a labral tear, among other dysfunctions in the region.

Our goal for this test is to place your body in a spine-supported neutral position (lying on your back) and getting an idea about your hip movement. We're attempting to not only look at non-compensated terminal hip flexion, but also the most centrated position of the femoral head in the acetabulum.

Give this test some time, play with your hip motion, and truly determine not only how much flexion you can get in your hip at different knee and foot positions, but also what feels the best. Pinching and pain should never be a part of a functional squat.

Once you determine your optimal hip position, take measurements and record your data. The first measurement is the distance between the knees with both hips placed in terminal hip flexion. Measure from the front of each kneecap.

The second measurement is the distance between the heels when in the terminal hip flexion position on both legs. Be sure to measure from the middle of the back of your heels.

These two measurements allow us to predict optimal hip and knee position for squatting based on unique anatomical properties of the athlete.

Last is the angle between your hip and torso while in the bilaterally hips flexed position. You can measure this with a goniometer, or break out your phone, take a picture, and draw a few lines of reference on an editing application. We'll call this the hip-flexion angle.

The unarguable requisite to a safe and effective squat pattern is the maintenance of a neutral spine throughout the full range of motion.

No matter if you're scratching your sweaty ass with the ground or setting PRs in the quarter-squat division, the spine needs to remain in neutral, period.

To determine if we're able to achieve a neutral spine throughout a range of squat depths with motor control taken out of the equation, we use the rock back test.

The Rock Back Test

Get into the starting position based on the previous measurements derived from the hip scour test.

Use the measurement taken from between the midline of the kneecaps and place your knees this same distance apart on the floor while in a loose quadruped position. Be sure that your feet are also positioned properly using the measurement between the heels from the previous test as well.

Lastly, dorsiflex your toes into the ground to mimic the ankle position of the squat. This is our starting position.

The rock back test is predominantly used to determine when posterior pelvic tilt and lumbar spinal flexion takes place as the hips reach near terminal flexion bilaterally.

Simply put, this test makes it blatantly clear when your spine can no longer maintain a neutral position as your hips move deeper and deeper into flexion.

If your hip joint anatomy matches your hip-pelvic-lumbar interplay ability, the uncompensated hip-flexion angle should match the hip-flexion angle found in the hip scour test. If these two angles match up, move onto the next testing phase in the system.

If your hip angle values don't quite match up, you're most likely presenting with a motor control or stability dysfunction at the lower spine and pelvis, or the interplay between these two regions.

This can be remediated many different ways, but for the sake of simplicity, the important point of this mismatch is that the rock back test hip flexion angle is your current ceiling for squat depth.

Therefore, without remediation of movement or stability, your squat depth should represent that number as the deepest you're able to squat safely without unwanted compensation. Going any deeper than you just tested out puts the structural integrity of this region at increased risk.

Now that the passive hip and spinal measurements and movements have been completed, we can move into active testing of the squat pattern.

Essentially, we've tested the physical limits of what your joints are capable of without you volitionally controlling these movements. Now we need to test your mind-muscle connection.

We're again going to assume the setup position from the initial hip scour test at both the feet and knees.

From a fully flat supine position, move both legs simultaneously into a knee and hip flexed position to achieve maximal flexion of both joints without the use of compensation.

This is one of the reasons for testing this supine position specifically before moving into standing patterns.

We test in this position due to the fact that any compensation will be difficult to hide due to your spine being stabilized against the ground by your bodyweight.

When compensation is present, the lower back and pelvis will come off the ground, clearly showing a compensated forward-flexed spinal position.

Again, if your hip flexion angle showing your available depth matches the previous testing values, you can move onto the next phase of testing.

If you've made it to this point, you should commend yourself. You've essentially cleared the passive, active, and spinal stability tests in order to bear your own bodyweight in this pattern.

The requisite ability for your motor control to function pristinely and without compensation really gets put to the test in the standing position. You're now fighting the load that gravity puts on the body, along with increased requisite balance and coordination.

No one ever said squatting properly was easy.

Remember, we've been testing your hip and knee movement capabilities largely from an open kinematic chain, meaning your feet haven't been stabilized by the ground. Time to shift gears and get those feet on the ground.

It's important to be accurate and consistent with your foot position and setup in the closed kinematic chain (feet on the ground), so if you've made it all the way through, use the distance and foot setup from the first hip scour test.

In the bodyweight squat assessment test, we're looking for the terminal angle of hip flexion without any global compensation from the spine. In addition, we can now look at the true depth of your squat, measuring from the lowest point on the glutes to the floor.

Chances are, getting up and bearing your own bodyweight has limited your depth. This is natural and will hold true for a majority of people, but this new depth value of ass to floor is your ceiling on mobility in the squat pattern.

If you've once again matched your depth with your theoretical depth values previously assessed in the other tests, you can move on to loading up the squat pattern.

Most people jump into this variation of the squat pattern right off the bat. Sure, you can correct for dysfunctional movement, faulty spinal mechanics, and overall lack of skill or experience under the bar, but it leaves many questions where the actual movement faults are coming from.

This is why we test from the bottom up. Skipping steps and guessing with both foot stance and knee position can create a pretty faulty foundation. Do the work, and prove your ability to get low under loads.

The loaded squat can teach us more about an athlete in just a few reps than any orthopedic or medical testing could ever dream to do. People can argue all they want about theoretical movement and mechanics, but when it comes down to it, crisp, repeatable execution is all that matters.

With the addition of just a few pounds of iron on the bar, pristinely executed movement can turn to debauchery pretty damn fast.

Time to get under some loads and ramp them up until we see a limiting factor.

We'll need to monitor the foot and knee positions throughout this loaded testing phase, along with keying in on the distance from the glutes to the floor at the most bottom position of each squat.

This is a lot to account for on a rep-to-rep basis, but if you focus and do it correctly the first time, you'll be able to use this data to advance your training.

Every single athlete's movement will eventually break down at some point under load.

That, however, isn't the point of the last phase of testing. This isn't a 1RM squatting free-for-all, it's a diagnostic testing environment with a focused intent on form and depth.

For top-level athletes with good mobility, motor control, and general preparedness under the bar, additional competency in the squat can help them break through any glass ceilings placed on them in the previous section.

Practice does make perfect, but no amount of devotion to practicing and grooving the squat pattern will ever be able to get you past the initial depth that we measured in the hip scour test.

You can thank your parents for your lumbo-pelvic anatomy, but it's time to stop forcing yourself through painful depths in the squat without any rhyme or reason.

Is it time for a bulking phase? Are you sure? Here's an easy guideline to follow.
Bodybuilding, Diet Strategy, Tips, Training
Eric Bach November 20 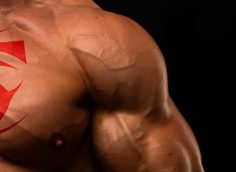 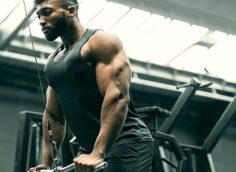