Big weights build bigger muscles. Anyone who tells you different is either clueless or trying to sell something, and very often both. Still, there can be too much of a good thing. And most lifters go too heavy, too often.

As essential as heavy training is, if you always go pedal-to-the-metal in the standard Big 3 you will, at some point, suffer an injury. And you can't train hard enough to improve if you're constantly banged up.

Professional lifters get this. They realize that training isn't about discovering how much hell you can put your body though; it's about deriving the maximum training effect with the least amount of risk possible. After all, when your bank account is directly tied to your ability to train and compete, you understand the value of choosing safer exercises or sometimes taking a little weight off the bar.

Here are some simple ways for you to lower your training loads and get the same (if not better) training effect. 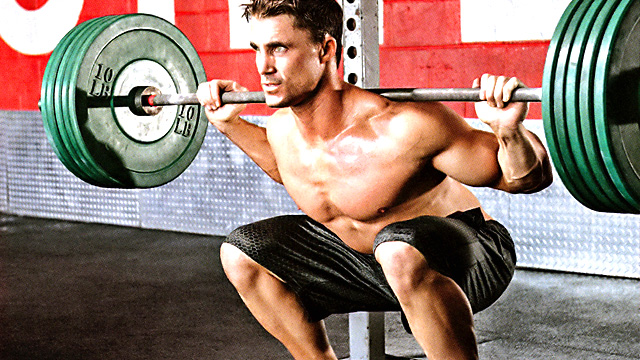 Paused squats are even better at building the squat than standard "unpaused" reps. You'll probably have to take about 25% off the bar to start with, building back to about a 10% drop from your standard squat weight once you're proficient at the movement.

However, despite the reduced training loads, paused squats offer extra time under tension for a great hypertrophy stimulus while building confidence where you need it most – in the hole.

Most powerlifters underestimate the value of front squats. Not only do they build big quads, a thick upper back, and a solid torso, they also give your body a break from incessant back squatting.

Better still, since you have to fight to stay upright, front squats do a great job of building the squat and deadlift at the same time.

A good front squat should be about 80% of your back squat, though you'll probably have to start at 50-60%. Your numbers will improve quickly, though, so don't sweat it.

The trend in powerlifting is toward low bar positions. The low-bar squat puts the bar closer to the hips, shortening the lever arm and conferring a mechanical advantage, allowing you to lift heavier weights.

However, moving the bar back up the traps can give you a 5-15% break in weight while also training your low back and hips harder since you're lengthening the lever arm again. 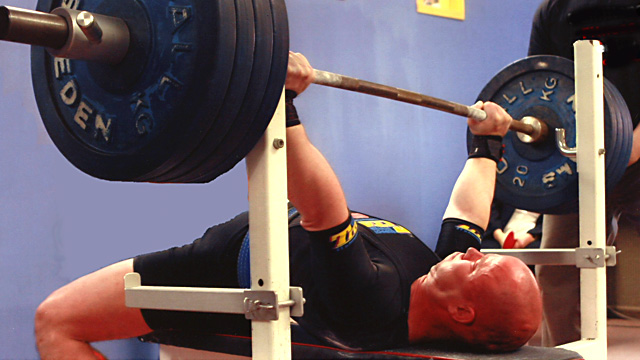 1 – Slower Eccentric and Pause Everything

The fast eccentric and instant reversal – aka the "sternum crusher" – style of bench press puts the greatest strain on your pec tendons. Controlling the eccentric and pausing the bar on your chest for a second (or longer) will decrease the amount of weight you can use, but it also reduces the risk of injury while increasing the time under tension. Increased TUT translates to bigger pecs, which will have you moving heavier weights again in no time, with less wear and tear on your body.

I've never understood the notion that the wide-grip bench is the best bench variation for pec development. With the same degree of elbow flare, a close-grip bench will result in more horizontal extension at the glenohumeral joint and more flexion at the elbow, thus providing a longer range of motion for both the pecs and the triceps. The fact that it's also a more joint-friendly variation is just a nice bonus.

This is one of my favorites. Roll an adjustable dumbbell bench over to the squat rack and set it at a low incline (10-20 degrees). You can't get as much assistance from lat flare with this angle, so the lift becomes much more pec-dominant.

Most lifters have to drop their working weights by at least 20% the first time they try it. Don't sweat it – when you go back to flat bench, the combination of your lats flaring and a stronger chest will mean more speed off the chest and a stronger press. 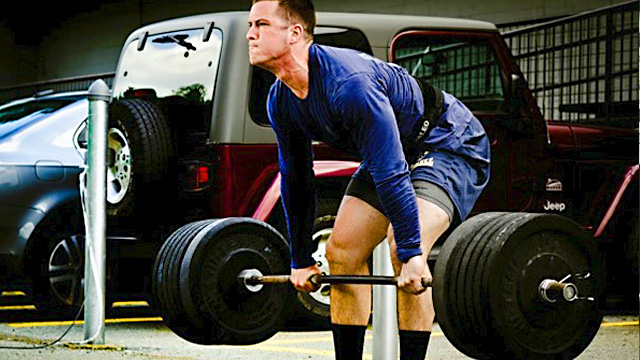 These are so humbling that lifters often forget how effective they are. A properly performed RDL accentuates spinal extension and the hip hinge, thereby murdering the posterior chain. The emphasis on avoiding spinal flexion also makes it a very back-friendly deadlift, while at the same time ingraining the proper lumbar spinal position for regular deadlifts.

Those who pull conventional like to train conventional, and those who pull sumo like to pull sumo. Why? Because they can move more weight, of course! But by taking a few months to train your weaker stance, you can improve overall as a puller while fixing any weaknesses that may have developed under the radar.

These might train your grip more than your pull, but they're a great change of pace for when you want to rip weights off the ground but your back or hips need a break. The carryover from building a crushing grip is more confidence pulling heavy weight, and not having to rush the lockout because you're afraid the bar will slip out of your hands.

I'm not saying you shouldn't ever use the Big 3. I'm saying cycling in variations that allow you to challenge your body with lighter weights will keep you healthier, longer. And the reward for your newfound wisdom will be a pain-free body, new PRs, and a few extra pounds of beef on your frame.

It's tough, but not impossible. Here's a step-by-step lesson that'll get you pistol squatting in no time.
Legs, Training
Tom Furman September 20