Know their strengths and their weaknesses precisely. Learn from them, adapt your approach to take advantage of their weaknesses, and then defeat them before they realize that you have changed your tactics. – Samurai Strategies.

The ancient Chinese military sage Sun Tzu taught that one of the primary principles of victory in war was to know your enemy. – Samurai Strategies

The phrase, "win first, fight later," can be summed up in the two words, "win beforehand." – Hagakure.

Skill can only take you so far, especially at the higher levels of competition or combat. But skills combined with superior strategy? That equals unlimited success.

The most crucial aspect of designing an effective game plan or battle strategy is to know your enemy inside and out: their strengths, weaknesses, habits, tendencies, instincts, and psychology.

Miyamoto Musashi is widely recognized as the greatest samurai warrior of all-time. He was a ronin – a masterless samurai – that wandered the land engaging in duels with the best warriors of each province, school, and town. There were many reasons for Musashi's unparalleled level of success, but probably the greatest factor was his in-depth knowledge of his opponents.

Up until his time, samurai warriors fought with only a single sword. Musashi, however, never believed in following traditional dogma. He routinely broke away from established traditions, found his own path, and used whatever tactics he could to give himself an advantage over his opponents.

Part of this involved creating his own unique fighting style called "Niten Ichi-ryu," which involved fighting with two swords. This strategy evolved from understanding his enemies' conventional fighting style, taking advantage of its weaknesses, and exploiting its limitations. This made him an unbeatable adversary. In fact, when Musashi laid down his two swords for the final time, he was undefeated in over 60 individual duels, not to mention the other full scale regional wars and battles in which he was a participant.

The way I see it, there are two types of warriors at TNation, and both can benefit from the practice of studying their enemies.

There are a wide variety of competitive athletes in the TNation Crew: bodybuilders, power-lifters, sport-performance athletes, mixed martial arts fighters, and professional club/bar pick-up artists. These athletes engage in actual competitive events, and thus must literally study their opponent's strengths and weaknesses to design an effective strategy that gives them the best advantage.

There are numerous examples of how this can be practically applied:

You, your training partners, and/or your coaches should design these targeted attacks.

A majority of the readers here, however, are not competitors. They don't want to pick up a pair of posing "panties," trim the pubes (I roll with the Chaplin-cut when competing), slap on a fake tan, and strut around in a glorified meathead beauty pageant. Now before anyone gets his/her posing panties in a bunch, I'm just goofing around, so relax. You need to lighten up and enjoy life a little more, bro.

The fact remains that most readers or training clients don't have stage aspirations. They just want to apply the training and nutrition protocols on this site and get strong as shit, and/or look big and ripped as shit.

Practical Shit – 5 Ways to Know Yourself

Before we can get some real work done, let's get the obvious joke out of the way first – because I know you're just as childish as I am and you're thinking the same thing. "Oh, I know myself, in fact I get to know myself several times a day, especially when TC runs pictures of those hot-ass figure girls all the time." I get it, bro. Take your requisite 30 seconds so we can come back and focus.

1 – Take a picture of yourself

Take a picture, because unlike the mirror, pictures don't lie. Don't look at your strong points, which everyone does. Identify your weak points in development. Get an opinion from someone you trust, or even better, an expert in the field. 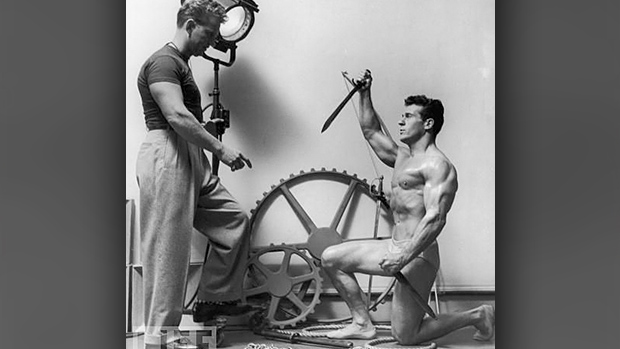 That's why I liked the Body Shop series T-Nation was running for awhile. Readers would send in their photos and the coaches would provide a professional assessment and then give them a targeted plan to bring up their weak points. Maybe if you're lucky they'll get that thing rolling again (or at the very least look through the archives to see if something is similar to your situation).

From there, you can come up with a strategy to improve your weak points.

Let's say you need more upper chest development. Now you can do things like starting your workout with incline work; changing the plane of motion through which you press; altering technique to improve motor unit recruitment of the target muscle; eliminating rebound and lockouts to maximize muscular tension; avoiding "shoulder and triceps" pressing; maybe including some extra upper chest work that overlaps with other muscle groups on a different training day (70-degree incline press with medial rotation on shoulder day), etc., you know the drill.

The solutions exist, but it all starts with identifying the problem.

Take a separate training day to run through some of Charles Poliquin's structural balance strength tests. Do you have a glaring muscle imbalance that may be holding you back as the underlying cause of a strength plateau, or is it something that predisposes you to an injury?

Write down the results from these tests. Are your scapulae retractor and rotator cuff strength miles behind your bench press strength? Can you squat a house, but only pull a broomstick? Design a program that prioritizes your weaker lifts, and fix the imbalances.

Nobody purposely goes to the gym to train with crappy form, waste their time, or injure him or herself. Many people are just uninformed, or don't have an objective eye critiquing their mistakes. Maybe your technique sucks and you just don't know it.

If you aren't working with a qualified coach, then the next best thing is to film yourself during some of your lifts. You can play it back and watch your own exercise execution. This is an objective instructional tool that is highly valuable. Maybe by watching yourself on video you discover that you're not using a full range of motion, you're using too much momentum or rebound, you're rounding your back too much during a lift, or that your shorts have gotten a little tighter than you realized and that very well may be a testicle hanging out at the bottom of your squat.

If you can't take a couple of extra minutes each day to write down exactly what you eat, at what times, and in what portions, etc., you're a lazy piece of shit, and you really don't care as much as you think you do about changing your physique.

This simple exercise will probably unveil numerous hidden enemies that are ambushing your strength and physique development. You may be eating more or less than you think. You may be dramatically off from your prescribed calorie/macronutrient totals.

You'll see what nutrient timing patterns you follow, and how those impact your energy levels and recovery. Maybe that mid-afternoon coffee break with co-workers is sabotaging your diet because you can't resist the pastry case (p-u-s-s-y). It all starts with writing it down, and seeing your true dietary downfalls right in front of you on a damn piece of paper (or computer screen).

And I suggest 7 days because you need to see what is going on during both the weekdays AND the weekends. If you eat like a machine all week, but are downing whiskeys with titties at the strip clubs every Saturday night and shoveling ice cream while watching your favorite team on Sundays, you're not maximizing your athletic or physique potential. Save it for the off-season, or when your priorities shift.

You are a bad ass. We know that. Superman is a bad ass too, but even he has one weakness that he must stay away from to maximize his superhero powers.

As an elite strength or physique athlete, chances are you have the commitment and discipline of a warrior. But each of us has our own kryptonite. There's one environment or situation that has the potential to pull us off track more than anything else. We know we have immediate short-term goals we're working towards, but if we're exposed to our kryptonite, we're powerless against its draw. This fucks up the most efficient path to achieving our goals.

For me, it's the booze. I'm your Japanese Zen master, but I'm also half Irish. I like to drink. I don't sip to socialize. I drink to get drunk. And it's not because I have a physiological need or am unhappy or need to drown my sorrows or use it as an escape from dealing with the world. I just like to party and get shit-faced every once in awhile. It's fun. I'm a happy drunk, I like to goof around, and if you and I have a drink together some day I'll tell you how much "I love you, man."

But I also know that when I drink, I eat like shit. It's a trigger. I feel like shit the next day, and I train like shit the next couple of days. If I'm trying to peak for something or achieve an athletic goal, the answer is simple: I stay away from the bars and clubs. I know my kryptonite, and I don't put myself in situations where it will overtake my otherwise rock-solid discipline.

Identify your kryptonite – the situation(s) that always seem to pull you off track. Be honest with yourself. Maybe it's time to avoid those situations for a little while so you can stay focused on the task at hand – getting strong and getting big and/or getting ripped. Sometimes you have to make sacrifices, hard sacrifices, to reach the top of the mountain.

The summary of The Iron Warrior Principle #3 is this: Know your enemy. Learn your competitors' weaknesses and exploit them, and learn your own weaknesses and correct them.

There are controversial, outspoken people in the health and fitness industry. And then there's Paul Chek.
Powerlifting & Strength, Training
Bryan Krahn February 8 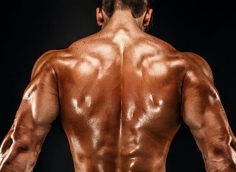 Add double-up drop sets to your next back workout. You'll hate it... but you'll love the results.
Training
PJ Striet July 25