What are the best strength and muscle-building methods? And can resistance bands ever replace weights? Coach Thibaudeau answers.

What are your absolute favorite training methods?

I've given seminars where I presented 37 different training methods, not including loading schemes. My favorite method? The one that gets you to your goal.

The "best" method will vary depending on what you want to achieve. Want strength? Want size? There are different methods for those. Your level of experience will influence which ones will be a good fit.

But if you forced me to choose two methods – one for strength and one for growth – I'd choose these:

Cluster training is my go-to method for rapidly increasing strength. It never fails. Clusters consist of rest periods between all the reps in your set. One set becomes a series of single reps with very short rest periods in between.

While you can do clusters with any type of loading and rest intervals, the traditional cluster requires you to use a load of around 90 percent of your 1RM (which is normally your 3RM load) and do four to six reps with that weight.

You'd do so by resting anywhere between 10 to 20 seconds between reps depending on the exercise. A set could look like this:

Why is it so effective?

There are several factors that can influence strength gains:

Clusters improve all of those!

You achieve maximum fast-twitch fiber recruitment when the load on the bar is around 80-82 percent of your maximum at that moment. Sure, you can get there by using lighter weights and using fatigue to increase the relative load of the bar. But by using clusters with 88-90 percent of your max, you're recruiting all those fast-twitch fibers from the get-go. As a result, you won't have any reps that simply drain energy.

But it's not enough to recruit the fast-twitch fibers. The real strength gains will come from improving your capacity to use a high firing rate. This is a motor skill. And motor skill acquisition depends not only on the number of reps done with the skill emphasized, but on the ratio of "good" and "bad " reps.

Now compare that to doing 10 reps with 70 percent. Because of fatigue you'll still end up with five to six reps where the fast-twitch fibers are maximally recruited and probably three reps with a high firing rate.

But you also get five reps with a lower firing rate. From a motor-learning perspective, this is vastly inferior. It's like trying to play golf and doing 30 great swings, 20 suboptimal ones, and 50 shitty ones. Chances are you won't improve rapidly.

Clusters are also very good at building muscle. Hypertrophy has a lot to do with the number of maximally-effective reps. A maximally-effective rep is a rep where you're recruiting as many fast-twitch fibers as you can. Since these have the greatest growth potential, it's all about stimulating them as much as possible.

As we just saw, when the load represents 80 percent of the max weight you can lift at that moment, you'll be recruiting the max number of fast-twitch fibers you can recruit.

You can get there by using less weight because each rep fatigues you. As you're fatiguing, your strength will go down (two to four percent per rep) so the weight on the bar is relatively heavier compared to what you can lift.

As you can see, by rep five you'd have maximally-effective reps. That gives you six of them in the set.

Now let's look at a cluster set. Because of the rest period you'll have some recovery, so fatigue is a bit slower.

Clusters allow you to get as many growth-producing reps as you normally would in a higher-rep set, without having to waste energy doing reps that don't contribute to growth.

And because all the reps in a cluster will be above 85 percent of what you can lift at that moment (it'll range from 90 to 100 percent at the beginning of the rep) it means that not only are you recruiting all your recruitable fast-twitch fibers from the start, but each of those reps has a high firing rate.

The better you are at having your fibers twitch fast, the higher the firing rate. This means you'll be able to produce more force.

In a cluster of six reps, all six reps have a high firing rate. That's awesome for motor learning. In our 70 percent set above, you'll have three reps with a firing rate comparable to what it is during a cluster, and five reps with a low firing rate and two with a moderate one. From a motor learning standpoint, this is vastly inferior to clusters because of the inferior ratio.

In the regular set, you also have no wasted reps and you do all the reps with a pretty high firing rate. This is true, and sets of five are awesome for strength and size. But clusters are just a little bit better.

First because of the higher average load. In a cluster you use around 90 percent of your max and with regular sets of five between 80 and 85 percent. While fatigue evens out the relative load at the end of the set, the heavier weight still has a greater mechanical load than the lighter one, which will cause more muscle damage.

In a cluster with 90 percent versus a set of five at 82 percent, you still have three more reps with a very high firing rate (the closer you are to a 100 percent effort, the higher the firing rate). With 82 percent, it'll take you two to three reps to reach a relative load of 90 percent like you have in the cluster.

Finally, during a cluster set, peak power, force, and velocity are better maintained from rep to rep which makes for more quality reps and better motor learning (1).

For all of these reasons, clusters are my favorite strength-building method. It builds as much muscle mass as regular sets of 8 to 12 reps because of the number of maximally effective reps. It trains the nervous system as well as the Max Effort method, maybe even better because of the higher number of reps.

When doing clusters I suggest doing two work sets as each set has the same neurological impact as doing two sets of three reps at 90 percent.

Here's how I'd do a cluster session on an exercise. Note that the percentages are for illustration purposes:

It's one of the simplest intensity techniques there is. You do a certain number of reps to (or close to) failure, then rest for a short period of time (10 to 20 seconds) then resume the set with the same weight, trying to get as many extra reps as you can.

That's the simple form of rest/pause. I wrote a comprehensive article on various rest/pause techniques that you can use.

These certainly have their place. But they're extreme methods that can't be used often or for long. Regular rest/pause sets can be used weekly as long as you stay conservative with the volume.

My intensity recommendation for rest/pause is to start with a weight you can lift for six to eight reps. Rest for 10-20 seconds and get as many extra reps as you can. I recommend keeping one rep in reserve on the first leg of the set and either going to failure (machine or isolation work) or keeping one rep in reserve (big free-weight lifts) on the second leg. This should give you something like six to eight initial reps plus three to five extra reps.

Now, "maximally-effective reps" is a term coined by hypertrophy nerd Chris Beardsley to explain reps where all the fast-twitch fibers that you can recruit are being recruited and stimulated. Since these fibers have the greatest growth potential, these reps will make your muscles grow.

Two rest/pause sets will have the same impact on muscle growth as four to six regular sets without the drawbacks that could actually limit how much growth you're getting from your workout.

Just like with clusters, you should do two rest/pause sets, maybe even just one. It could look like this:

What do you think of resistance bands as a stand-alone tool? I see more and more devices being marketed as better than weights. Any truth to this?

Resistance band training certainly works. And in certain cases, I prefer it over free weights or machines. But generally speaking, free weights and machine exercises are still the gold standard for resistance training.

Let's first look at some of the benefits of resistance band training.

(These first two benefits have little, if anything, to do with being effective. But they are benefits, nonetheless.)

As you can see, bands can certainly work. However, there are some drawbacks.

Resistance bands are cool. I like to use them when I want to add frequency to a lagging muscle group without impairing recovery too much.

I found that bands (either the loop bands like the ones by Rogue or EliteFts or the tubing with the handles) work better than free weights for the lateral raise, curl, and the triceps pressdown. In fact, I now do most of my lateral raises with elastic tubings and I get a much better mind-muscle connection and pump. I also like frequent band pull-aparts and leg curls.

However, I wouldn't make band-alone training the cornerstone of a program. 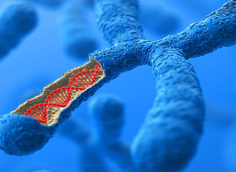