Q: I've heard you mention "rhythm squats." What are they?

A: The rhythm squat is an exercise used to develop your vertical jump. I learned it from Istvan Javorek, the Romanian strength coach. I use it to work on the elastic component of the muscular structure.

The rhythm squat is a good peaking exercise to increase an athlete's vertical before he or she goes to camp. I've used it for volleyball players and team handball players. Works great for athletes, but for bodybuilding purposes it does nothing.

Q: Is there a single best lift to increase overall athletic performance? Like a lift that all athletes should do, regardless of sport?

A: Power snatch. Well, unless your sport is kayaking. Other than that, the power snatch reigns supreme in any sport that involves the lower body. 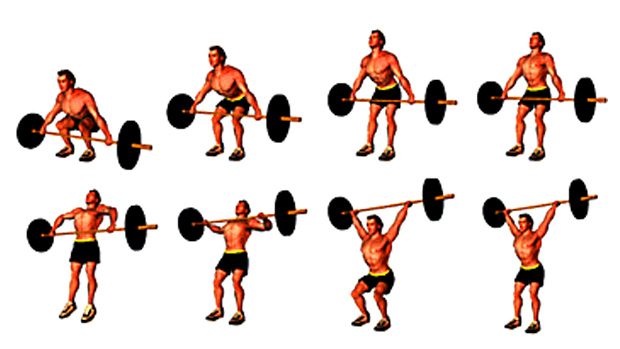 If you went to the Olympics and asked all the athletes to perform a power snatch, you could accurately predict performance in power sports. In other words, the correlation is very high. Good power snatchers are also good athletes. And if an athlete improves his power snatch, his power performance also improves. 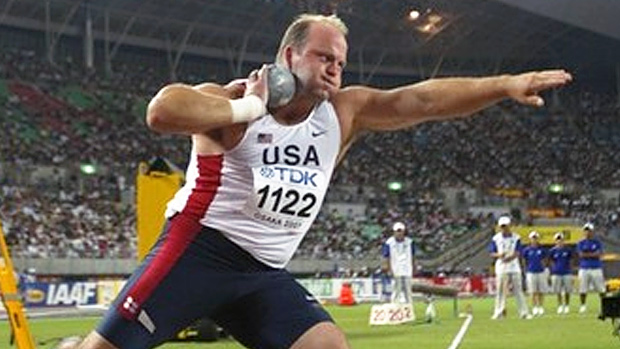 I've also watched a female world-champion javelin thrower do 250 pounds. Pretty much anyone who's any good at a shot-term power sport can do at least three plates in the power snatch [for a single rep].

Q: Is there a lift you'd never have an athlete do?

A: One lift I don't like very much for athletes is the box squat. I never prescribe it. 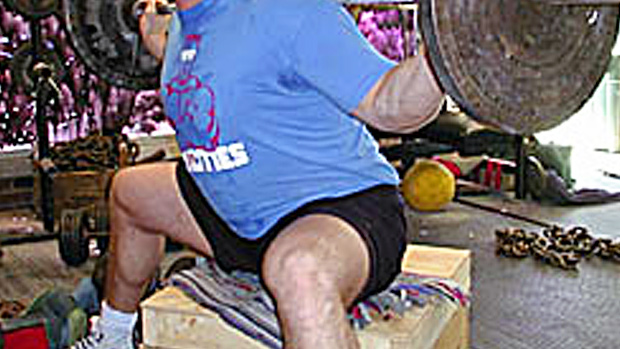 For one thing, there are a lot of better, less injurious alternatives. Many lifters, when they get fatigued or they lose concentration, will bounce off the box and get fractures in their sacral vertebrae. I may have 70 different tools that work and are safe, and one that may be potentially unsafe. Which one do I pick when working with highly paid athletes that I must get strong in only 11 weeks?

If you do use the box squat for powerlifting applications, remember that it requires very good coaching and someone there to make sure you stay on the ball. I wouldn't prescribe the box squat to an athlete training alone. With a full squat, on the other hand, you don't see those injuries.

Also, outside of powerlifting, the mechanics of box squatting are not found in sport. I don't know of any sport where the shins don't travel forward for propulsion.

Now, you can use box squats sparingly in your training if you're a bodybuilder. They'll certainly hypertrophy the glutes and thighs. But bodybuilding isn't an athletic endeavor.

Q: What's the most ineffective exercise that people commonly do? And how do you explain its popularity, if the exercise does indeed suck?

A: In the average commercial gym, the most ineffective yet popular exercise is the cable crossover. There are much better chest builders out there. So why are they so popular? Well, they're fun to do while looking at yourself in the mirror.

And in muscle magazines, it makes a contest-ready bodybuilder look amazing in the photos. 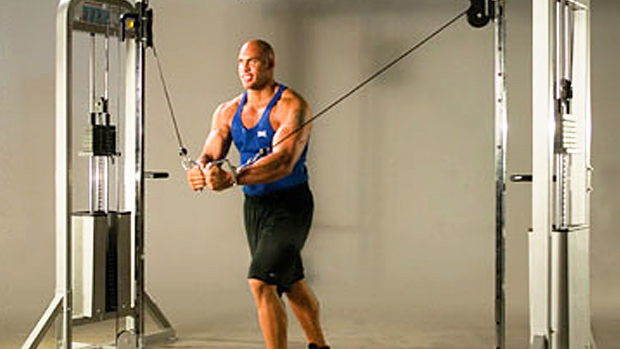 Great for photos. Results? Not so much.

Another popular exercise is the Smith machine incline press. Milos Sarcev pointed out to me that pro bodybuilders seldom use this exercise, yet you see them doing it all the time in the magazines. Why? Because it makes a great photo.

Take a guy with 20-inch arms, and shoot him in the mid-range position of a free-weight incline bench press. Now take the same guy and have him do it in the Smith machine. He'll look bigger in the Smith. That's why you see the exercise being "performed" so often in the pages of Flex. Of course the average gym-goer starts to use the lift a lot, assuming that's how the pros really train.

Milos also told me that the reason many of the photos of preacher or Scott curls in the magazines are shown with improper arm position is that the photographer is doing whatever he can to make the bodybuilder look as huge as possible, even if that means positioning him with poor exercise form.

Think of the squat. Where do they take the photos? In the bottom position? No, they shoot the pic with the bodybuilder about an inch above parallel, where his legs look the best. But that doesn't mean everyone should do partial squats!

In the old days, the magazines would often show up to shoot Arnold and other bodybuilders during their actual training sessions, when they were using real weights. It was more reflective of how they actually trained.

Today, all the shoots are staged. Something to keep in mind next time you pick up a bodybuilding magazine.

Q: When a new client comes to you, how do you know whether or not you'll be able to help him? Are there hints the client gives you that suggest he or she won't work hard or follow through on your directions?

A: Well, I have a reputation in the industry now. Athletes and teams know not to even come see me if they don't plan to work hard. Plus, if they're willing to pay me that much money, they're serious enough to listen to what I say.

Now, when I'm brought on to train a national team, I can tell which eight of the 12 athletes I want to train. I'll tell the coach that the other four aren't going to make it. I can tell by their attitude in the first training session. In fact, in all seriousness, I can tell who's going to become an Olympic medalist by their first workout. 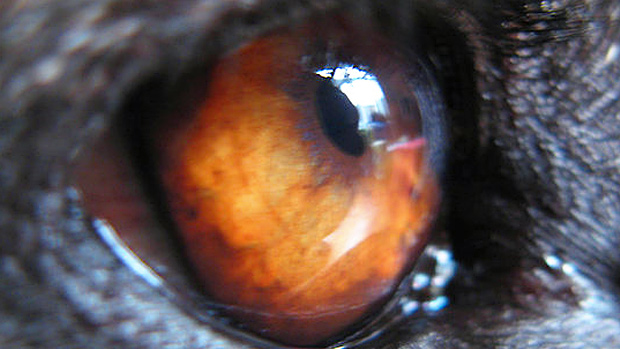 Eye of the dog – it's the difference between winning and losing.

I can also judge an athlete's potential by their eye position when they lift. They look slightly above ... and there's nothing there. It's like they're in another world.

I remember during the [Winter] Olympics of '92, in between heats of the bobsledding, we were all hiding away from the media in a private location I found for the athletes. One of the best bobsledders in the world was there, and since I was the only one in the room that could speak German, we got to talking. Unlike the other athletes, he was relaxed, and we made small talk.

But 10 minutes before the race, I watched his attitude and eye position change. I don't know where he went, but he wasn't on this planet anymore. I knew right then he was going to win.

Q: I always listen to music when I train, but I've heard that some strength coaches don't recommend it. What do you think?

A: The research is very confusing on this topic. Some recent research shows that music increases strength in 50 percent of people, but the same music decreases strength for the other half of the test group.

The people who listen to music and get stronger are the people who are inherently motivated by external rewards. Guys who don't like music [while they train] are inwardly motivated.

In my gym, there's no music. But if a guy wants to wear an iPod, then he can go right ahead ... as long as I can't hear it. Hey, if snorting napalm between sets made you stronger then I don't care, as long as it's not on the doping list. The point is, I don't discourage it if it works for that individual.

For me, though, no music when lifting. I find it much easier to concentrate without it.

It's like in most modern martial-arts schools they play music. But in Japan, the masters would go crazy if they heard it.

A: A group from Germany that does prostate cancer research is coming to work with me. They're looking into the relationship between prostate cancer and female patterns of fat distribution in males. They want to see if the body-fat pattern is a predictor of prostate cancer. I'll keep Testosterone Muscle readers updated.

We're also finding that facial body fat – measured at the cheek and the chin – is a better predictor of BMI [body mass index] than fat on the hip.

Q: Are there any ideas about training that you once thought would work, but had to change your mind about when you discovered they weren't effective?

A: One is high-frequency training. Back in 1982, I realized that, in a doping-controlled environment, training a body part once every five days is best for most athletes. Train it hard, train it heavy, then let it rest. That's when I started making a name for myself in the athletic community.

Back in those days, people trained the same body part a minimum of three days per week. I started to get results with my clients once I let go of that concept of training frequency.

Another idea I let go of was total-body training. I tried decades ago and knew there had to be a better way.

Q: Coach Poliquin, I know you're into functional medicine and its application in the athletic world. Learned anything new lately that's piqued your interest?

A: Yes, the relationship between the permeability of the intestinal barrier and disease is becoming more evident.

For example, look at people with a lot of food sensitivities. I'm not talking about a food allergy than can kill you if you eat the wrong thing, but a sensitivity to certain foods that can cause you to make a lot of cortisol because the food is a stressor. What we found is that if you take a person with 88 food sensitivities and put them on a good gut-healing protocol, within six weeks that number decreases dramatically.

Also, we found that baseball players who use a lot of "greenies" or amphetamines are the ones with the most permeable guts from all the cortisol. This leads to what's called "leaky gut syndrome," and they'd run up a lot of food sensitivities. Now, since 66 percent of all neurotransmitters are made in the gut lining, having a permeable gut means your neurotransmitter production is greatly compromised.

So, for example, 95 percent of serotonin is made in the intestinal wall, so a person suffering from depression could have leaky gut syndrome.

Long story short: Healing the gut is more important than most people think.

To get bigger and stronger quadriceps, you have to hit them like a freight train. Use these smart tactics to focus in on them.
Bodybuilding, Legs, Training
Lee Boyce June 28
How to Gain (or Lose) Muscle
Training
Tony Meazell May 3

Yes, work your abs, but these common mistakes can lead to a wider, blockier waist.
Metcon, Tips, Training
TC Luoma October 6
You need to know right away that our athletes at the US Air Force Academy don't train as if they're preparing for a strongman competition. The concept of training specificity makes it clear there are few similarities between competing in a strongman competition and competing as a football, basketball, or hockey athlete.
Training
Allen Hedrick November 10