Q: What do you think of cheat reps, like using a little body English to force out an extra rep or two of biceps curls?

A: I don't have a problem with so-called "cheat" movements if they're being used to overcome the concentric range so you can use more weight on the eccentric portion of the lift.

In other words, you cheat the curl up (concentric range) because you want to lower a heavier load than you can lift, focusing on the negative. That's an eccentric curl.

Cheat movements can also be used to extend the duration of a set. So for example, you could perform six good reps, then swing up the last two so you can then lower them under control. I think that's fine.

The problem is that most people who do cheat curls also do cheat bench, cheat deadlift, etc. They let their ego get in the way.

So, there are two times when cheat movements are fine:

One good application of a cheat movement is to power clean a weight so you can lower it under control in a reverse barbell curl. 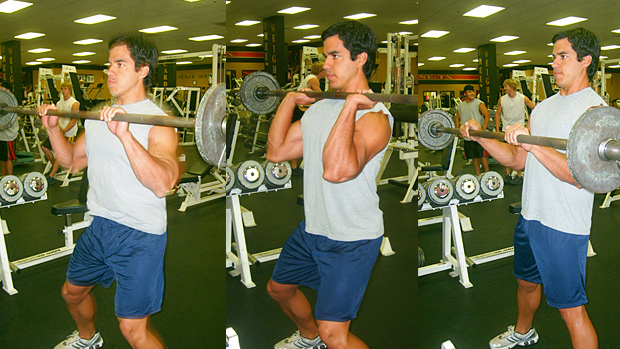 Another example would be to push press or push jerk a weight, then eccentrically lower the weight under control. 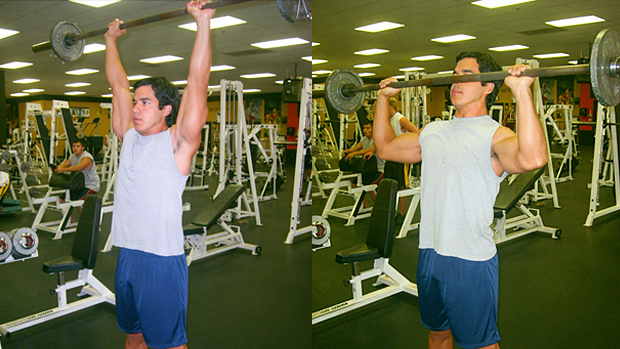 The point is that you don't want to be like that clown from the Eastern seaboard that used to claim these excessive loads where he did 40% of the work and some other morons would "spot" the rest. One thing I must concede, his spotter had superb trap development.

Q: Is the old "gram of protein per pound of body weight" rule still good? I hear some coaches say we need less and some recommend 300 grams a day for a 200 pounder.

For about 70% of the population who isn't carb tolerant, 2 grams per pound is good for mass gains. It can make a huge difference. Personally, I couldn't get above 192 pounds until bodybuilder Milos Sarcev convinced me to get 2 grams of protein per pound of body weight. In no time I was up to 205, lean.

Now, if a person is carb tolerant (he handles carbohydrates very well), that value would drop to 1 to 1.5 grams of protein per pound of body weight.

Someone like Christian Thibaudeau, who's not carb tolerant, should be getting 2 grams of protein per pound, but a guy like Milos Sarcev, who can wake up and drink a gallon mixture of 50% maple syrup and 50% dextrose without it affecting his blood sugar, I'd say 1 to 1.5 grams. Rare guys like Milos need to eat 70% of their calories from carbs. 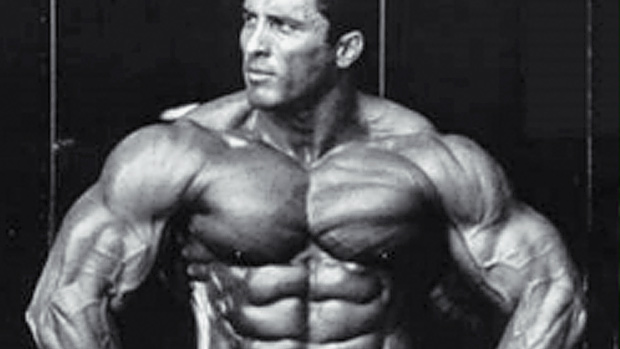 It has to be individualized to an extent. Still, most people don't "deserve" the carbs they eat. The rule for most people is this: you have to earn your carbs.

The Truth About the Overhead Squat

Q: The overhead squat: good exercise or fad movement of the moment? And is it good for hypertrophy?

The overhead squat sucks for size gains. But as an assessment tool, it's unbeatable. 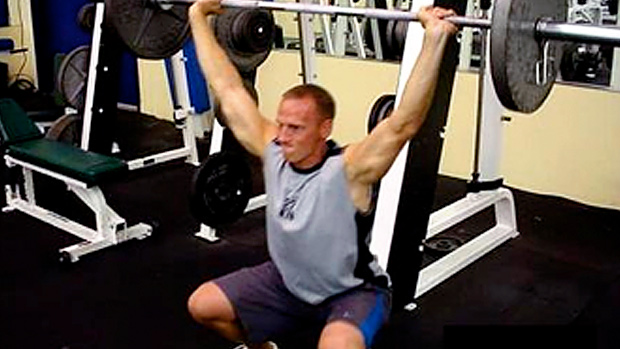 You can actually predict a player's risk of lower body injury playing his sport just by assessing how close to perfect form he can get with the overhead squat. Perfect form equals extremely low risk of injury, and research groups in Sweden and Switzerland have clearly demonstrated this in various studies. At the PICP (Poliquin International Certification Program) at level 3, we use it extensively in the prehab/rehab module.

Why does it suck for size gains? Because hypertrophy comes from the product of time under tension times load. It's got to be heavy enough and last long enough. That doesn't happen with the overhead squat.

Even Olympic lifters don't do the overhead squat anymore. People in the know stopped doing them in 1975. It's a forgotten exercise for training purposes... for good reasons.

The only reason people find them challenging is if they're not flexible. It's one of those exercises that looks cool but it's a total waste of time unless you're a novice Olympic lifter learning the ropes. It's like taking a guy who can bench 400 pounds and making him do decline bench with the pink dumbbells with a Bodyblade acting as rectal probe. The question is, why?

Hmm, maybe we should call this column, "Ask the Contrarian", eh?

Q: I remember seeing a unique way of training in MM2k that involved doing a dumbbell curl with one hand and at the same time doing a cable pushdown for the triceps of the opposite arm. It was supposed to create a sort of neurological overlap and increase neuromotor drive. What the heck was that?

A: Scapjacks. It's a way to recruit more motor units.

If you activate the elbow flexors (biceps) on the right side and the elbow extensors (triceps) on the left side at the same, you actually recruit motor units in both motor unit pools. Hammer Strength actually went on to develop machines to exploit that neurological principle. 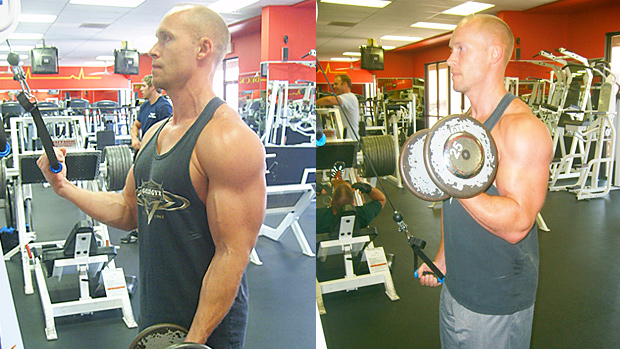 The problem is that you have to adjust the weight very precisely so you can reach failure on the same amount of reps for each arm – the triceps arm and the biceps arm. This is difficult to adjust in the standard commercial gym unless you carry your own Platemates or Eleiko friction plates.

So, scapjacks were a good idea at the time, and they still have value, but they just didn't survive the test of practicality.

You know, every coach goes through that stage where he tries to look for things that are cool. But as he gets older and wiser he goes more with what's proven.

Here's an analogy: Scapjacks are like a flying spinning back-kick. You try that in a fight in a hallway and it doesn't work. A kick to the balls is still the best option there. So instead of scapjacks, if you want to recruit more motor units, do chins and dips on rings. That'll do the trick.

Q: Are those wrist roller things we used back in high school worth a crap?

A: Wrist rollers can be used effectively for the wrist extensors, but the better devices are the ones that slip over a bar in a power rack. That way the delts don't have to fire while you work the wrist extensors as they do with a roller. You can find info on this device at strengthcats.com. 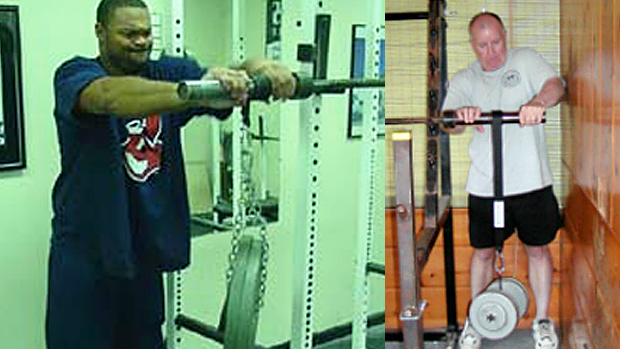 The Best Way to Use Creatine

Q: Creatine has been around forever now and studied to death, so what are your current creatine use guidelines?

A: Creatine is one of those things that works best the first time you use it. It's like sex: You remember it more the first time.

I still believe in the loading protocol. Many of those who suggest against loading are basing their suggestions on studies that used very wimpy training programs. These wimp programs didn't need a creatine loading program.

The advanced trainer should take a small dose (5 grams) of creatine pre-workout and a small dose post-workout.

By the way, most of the so-called "side effects" of creatine, like gut upset, were caused by using cheap forms of creatine that contained heavy metals. For example, some of the Chinese creatines were analyzed and shown to be 97% creatine and 3% heavy metals.

I've never seen cramping, bloating, diarrhea etc. from a good quality creatine (unless of course you take way too much.) I've used the Biotest brand of German creatine for years with no problems .

Something else to keep in mind: Creatine has other functions besides increasing strength and size, like the prevention of brain aging and for the alkalization of the body. Good stuff.

The Truth About "Cleansing"

Q: Every time I hear about "cleansing" protocols my bullshit meter goes crazy. My girlfriend insisted on trying a lemonade and sea salt fast recently for cleansing and she passed out after a few days. Is there any good cleansing program out there?

A: A cleanse was a great idea... a hundred years ago. The reason is, the average American today has to detoxify 500 chemicals a day. So a cleanse was a better idea when there wasn't so much pollution around.

Most people don't have enough nutrients in their bodies, so as they detoxify they actually get very toxic! Since they're also consuming low calories on their cleanse, the fat cells dump the toxins as they burn them.

So, basically, people today get more toxic because of the cleanse. They have to get rid of all that stuff, so they actually get worse from the detox. It's easy to make yourself sick with a cleanse.

Finally, unless you have a genomic profile done, you should never do a cleanse. You need to know which enzymes you have. You also need to have a comprehensive metabolic profile done so you'll know what it is you need to detoxify. For example, if you have toxic levels of aluminum in your body, the only thing that pulls it out is magnesium malate.

You need to know what poison you have in your body so you'll know how to get rid of it. You can't do that with generic, unregulated, over-the-counter "detox" supplements.

In short, if you're going to do a cleanse, only do it under the supervision of a well-trained functional medicine doctor. Otherwise you could do something very bad for your health.

A: First, for fat loss purposes, I find aerobic training to be worthless. Most people are already stressed enough, and aerobic work only further stresses the adrenals. 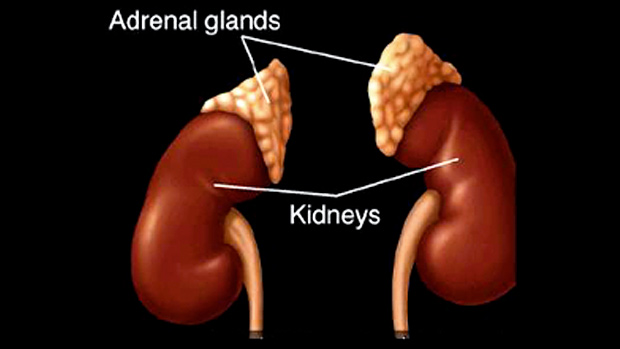 Second, genetically speaking, we're made to throw a rock at a rabbit, not to run after it. We're not aerobically designed machines; we're designed for short bursts. Slow, continuous aerobic work also interferes with the brain's ability to recruit high-threshold motor units and interferes with power development.

I don't make any of my athletes do aerobic work unless they compete in an aerobic sport. And yet my athletes score really high on aerobic tests. My hockey players always have the highest VO2 max at camp, and all we do is interval training a few weeks out of camp. People can't believe my players don't do aerobic work in the summer.

In the '92 Olympics, the Canadian alpine ski team actually surpassed the cross-country team on aerobic scores using this method as measured by third party university labs.

One of the guys from the Green Bay Packers asked for a copy of my running program. I gave him some blank sheets of paper and said, "Here, you can have it all!"

What type of interval training do my athletes do? Usually it goes by the sport. In hockey we do everything on skates, so we'd do skating sprints. As the summer progresses, my athletes do longer work intervals and shorter rest intervals.

Q: Soy protein is touted as a health food, but Testosterone has always said that people should avoid it. What do you think?

A: Soy is for dorks. That's what I think. But people love lists, so here are five reasons not to eat soy:

Reason 2 – Potential hypothyroidism: Soy contains goitragens, which are compounds that lead to hypothyroidism. To learn more about fighting hypothyroidism, attend one my Biosignature Modulation seminars.

Reason 3 – Blocking mineral absorption: Soy has a high content of phytates, which are known to inhibit the absorption of both macro-minerals (i.e. calcium) and trace minerals (i.e. zinc). The good news is that meat consumption blocks phytates. If you're going to eat tofu, make sure to eat some meat (ironically) during the same meal.

Reason 4 – Link to Attention Deficit Disorder: Soy-based infant formulas are linked to ADD. They contain 80 times more manganese than breast milk. Too much manganese content is linked to neurotoxicity.

If you're not convinced, read Dr. Kaayla Daniel's book, The Whole Soy Story, or check out her interview HERE on this site. The information and research provided will blow you away.

In conclusion, soy is for dorks. 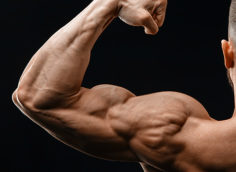 Build bigger biceps, triceps, or anything else with this simple, brutal method.
Training
Jason Brown April 23