A: Yes. What happens is that most hypertrophy gains usually occur between 70 and 85% of max. (That's a gross overgeneralization, but we can use it as a rule of thumb.) Now, an untrained individual will do between 7 and 12 reps in that range, but for an advanced lifter that's only 4-6 reps. If you're experienced and neurologically efficient, the amount of reps you can do at a given percentage of max actually goes down.

Now, there's some evidence in the literature contrary to that, but the majority of it agrees that the number of reps you can perform at a given percentage of max diminishes with training experience, particularly if the athlete has been training properly. This is especially true if levels of maximal strength have increased a lot, as in double bodyweight raw bench press.

How many years of training experience are we talking about? Approximately three years. Again, that's assuming you've been training correctly.

Very gifted lifters can hypertrophy at 2-3 reps, but they must do more sets; on the order of about 10 or so. So an inexperienced guy may put on muscle at 3 sets of 10, but then three years down the road he can put on muscle at 10 sets of 3.

A lot of athletes also do very well performing 10 sets of singles, then 3 sets of 3-5 once the nervous system gets excited. These singles would be what some people call "near maximal" singles. So if your one rep max in a lift is 100 kilos, then you'd do your 10 singles at 97.5 kilos.

Q: A trainer at my gym says the Smith machine is okay for bodybuilding purposes if you keep your heels under the bar as you would with a free weight squat. He says the only time the Smith machine is dangerous is when you stick your feet forward. Is that true? Also, is this thing any good?

A: He's actually right that it's less harmful if you keep your heels under the bar, but when it comes to injury it's a matter of repeated exposure. One three-week cycle per year of Smith machine squats with the heels under the bar would be okay; I don't think it's going to tear someone's patella, but I wouldn't make this exercise a staple. 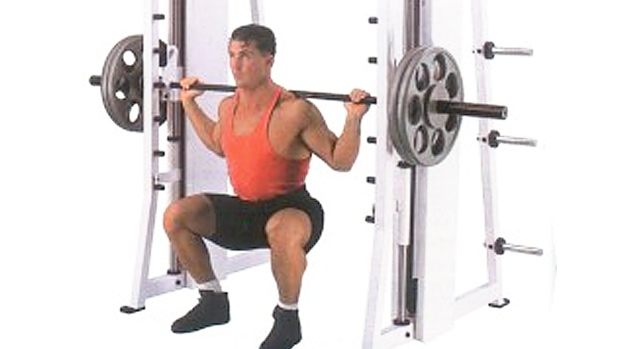 Now, bodybuilders don't give a shit about function, so they can do whatever they want.

But most people want that strength to transfer to whatever they do, whether they like to skate or they like to windsurf. For that reason, I don't like any sort of training on a Smith machine.

As for the Body Craft machine (shown below), yes, it's a better one because it allows 3D movement. 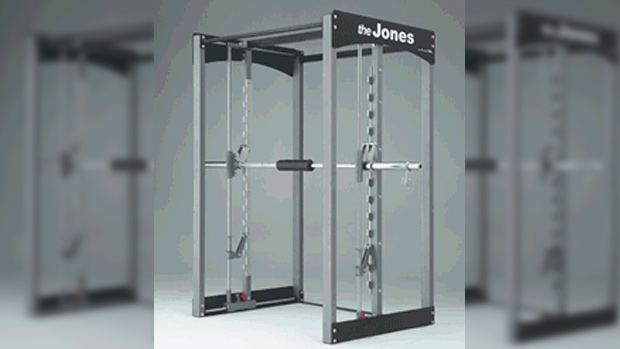 Q: Every bodybuilder I know does shrugs for traps, but I read that the explosive Olympic-style lifts are actually better. Which is it?

A: For ultimate trap development, use both. The thing with barbell shrugs though, is that most people limit their range of motion. If you're going to do shrugs, it's best to do them with a dumbbell one arm at a time so the trap can have a few inches more range. Do three weeks of that, then alternate it with an Olympic-style lift such as power cleans or power snatch. 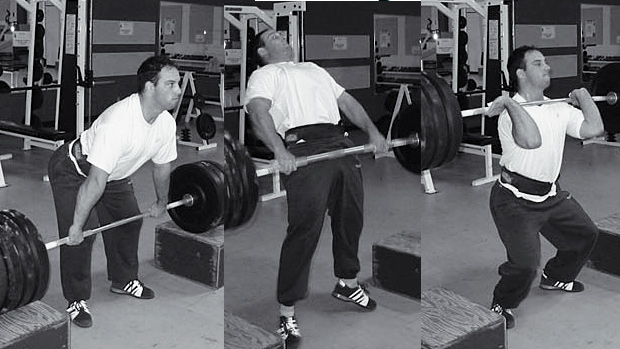 The problem in the strength training world is that people get too dogmatic. It's almost like the debates that go on in martial arts. "Karate is better than judo. No, aikido is better than karate." If I'm on the ground, karate doesn't do shit. If I'm in a crowded bar, aikido doesn't do shit. You always pick the tool that's good for the time.

What's better, front squats or back squats? That's a dumb debate. It's like looking at the world through a straw. Use the best tool for the time.

Q: Are there any exercises out there that are so stupid or dangerous you'd throw them out of your toolbox?

A: The dumbbell power clean! 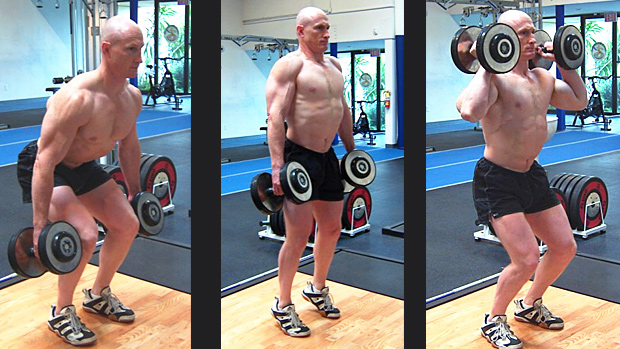 This is the most useless exercise prescribed on the planet. In fact, anyone prescribing it should be charged with a felony. Basically, it's one of the best ways to get someone injured. Many ART practitioners have treated strength coaches who were foolish enough to self-prescribe it, along with athletes who were unlucky enough to have it prescribed to them.

There are multiple reasons why dumbbell power cleans are bad:

Basically, dumbbell power cleans are like having a hammer in your toolbox with a flexible rubber handle! It's not a good tool.

The dumbbell power snatch is the same thing. Why expose the shoulder to something that could cause a lot of trauma when there are other exercises that are more effective and far safer? I know people in the industry who promote the one arm power snatch and in the same sentence tell me they're getting their shoulder operated on for the fifth time. Dude, maybe that's not very smart!

Another coach I know recommends leg extensions before squatting... and he's had 26 knee surgeries. Didn't he learn anything? 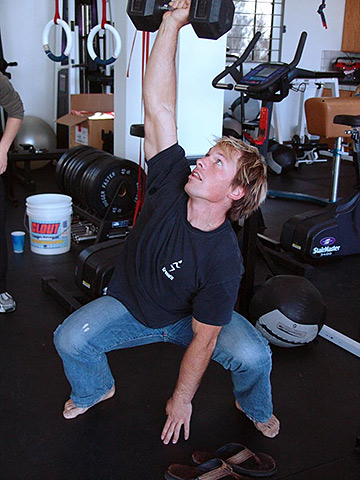 So, the worst exercises are the dumbbell power clean and the one arm dumbbell snatch. I don't know any successful top strength coaches who use those. A lot of these exercises are just gimmicks that don't contribute much except injuries.

Now, many people say that the upright row should also be tossed out of the toolbox. I'm not anti-upright row if it's done with a rope tied to the implement you're going to lift. This saves the wrist a lot of stress, which ultimately saves your shoulder.

You could also use a low cable pulley with a rope. This allows the wrist to be at an angle where it's not stressful to the ulnar nerve. In that situation, it's not a bad exercise as long as you lift in a position where the elbows aren't higher than two inches above parallel.

The problem is that most people who do upright rows already have a kyphotic posture; they're too far internally rotated. It's not a bad exercise if you're muscularly balanced, but it's a terrible exercise if you have any kind of dysfunction. 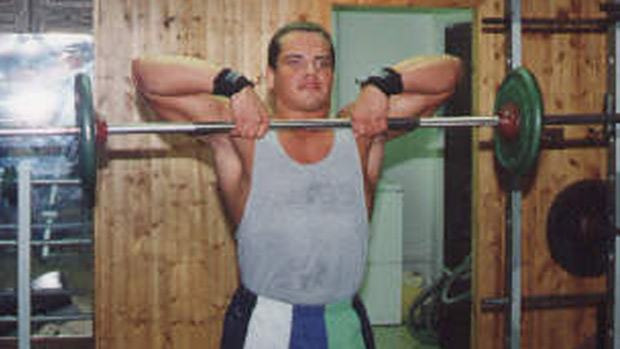 Use common sense. If it hurts, you don't need a dozen studies to tell you it's a bad exercise for you.

Q: Hey, you said at a seminar that decaf coffee is a bad idea. Why?

A: The chemicals used to get the caffeine out of coffee have been shown to be potent carcinogens (cancer causing). Now, there are some newer methods that supposedly remove the caffeine without chemicals (Swiss Water process), but in the end, drinking coffee without caffeine is like having a cheeseless cheese sandwich or a protein-free steak!

Also, most people who study carcinogens will tell you that the two most important things to buy organically are coffee and butter. These are the two most chemically laden foods you can buy if you don't choose organic. You can get organic coffee at Whole Foods. Some Starbucks locations also carry organic if you ask for it.

Interesting note, if you look at the research on coffee, you'll find that people who don't drink coffee die five years earlier than the people who do. One of the main reasons that has been advanced for this is that coffee is one of the only antioxidant-rich foods most people consume.

Also, it's the only bitter herb we consume. We know that bitter herbs are good for the health of the gallbladder. So, choose organic, fully caffeinated coffee.

I Need A Butt!

Q: I'm a 24 year old female who's thinking of entering my first figure competition. The problem is I have a flat butt, and it seems to get worse when I diet down. Any exercise suggestions for building a rounder, fuller set of glutes?

It'll be a week before you can sit on the toilet again without pain!

I used to prescribe that same routine to alpine skiers in their general preparation phase because the glutes are very important when taking compressions and turns. I also find that one of the best things for glutes is sled work.

What Does Soreness Really Mean?

Q: Do I have to get sore in the gym to be making progress?

A: For hypertrophy, I'd say yes. Hypertrophy is a biological adaptation to a stressor, and the stressor here is micro-tears in the muscle.

So I'd agree that this is true, but that's one of the reasons you have to change your training routine every six workouts -- to get that new soreness. But do you need to be sore all the time? No, but you should certainly be sore 48 hours after you initiate a new program. If not, then you probably did a Richard Simmons training routine.

Now, when an athlete is peaking at the end of his training phase, then he doesn't want to get sore. But when you're trying to build muscle, then yes, you should be sore to some degree after the first two workouts. (You shouldn't however strive to get sore so badly that you'd need an Advil sandwich to get out of bed.) The next four workouts you adapt, and then by the sixth workout you're ready for new soreness from doing something else.

The rule is, the program is only as good as the time it takes you to adapt to it. The changes in the program don't have to be dramatic. For example, you could do shoulder-width stance back squats for six workouts then go to front squats with the heels elevated and you'll be sore.

I know one very successful weight lifting coach who would simply make his athletes change shoes. 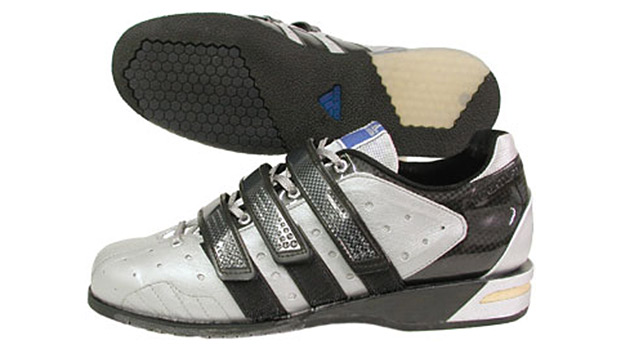 The athletes would get sore every time they switched shoes. This slight variation was enough.

Q: I keep reading little tidbits here and there about your Biosignature Modulation stuff. What is that exactly?

A: Basically, where you store your body fat is an indication of your hormonal profile. For example, the thickness of your umbilical skin fold measurement is a reflection of your cortisol output. It's a direct reflection of your stress levels and your ability to handle it.

Biosignature Modulation can indicate the relationship between the levels of insulin, cortisol, thyroid, growth hormone, androgens, and estrogens and each corresponding body fat skin fold. 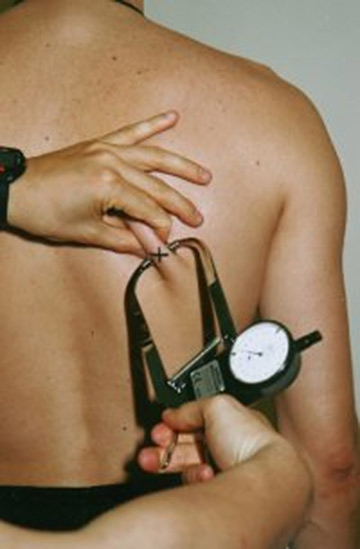 I now have a lot of doctors taking my Biosignature Modulation course. For example, Mark Houston M.D., director of the Hypertension Institute, says that it's the best non-invasive way to measure insulin resistance. Also, I'll be doing a study at a military academy with 3000 subjects comparing the results to a Dexa-scan and two new laser types of calipers, along with a host of blood parameters.

Health practitioners are interested in Biosignature Modulation because it allows them to determine a person's hormonal status before ordering saliva or blood work. It saves the client/patient a lot of money because the doctor already knows what to look for. It used to be 98% trainers taking the seminar; now it's 50% medical doctors taking it. It's our best selling seminar.

By the way, you'll need good body fat calipers for the course, which run 400 to 600 dollars. The one in Phoenix is already sold out, but there are upcoming seminars in Chicago, Toronto, and Amsterdam.

The MacGyver TV show was about a guy who made complicated machines or devices out of ordinary things. For instance, he could take down a helicopter with a fan, a dough-scraper, and some duct tape. Similarly, he could use a light bulb to make a set of lock picks.
Bodybuilding, Powerlifting & Strength, Training
Christian Thibaudeau August 22