Q: I would like to start your GVT in a few weeks. Should I take some time off after a high-intensity cycle before I begin it? And what should I do during that period? Is it enough to train one body part once a week in the Ten Sets Method? When should I increase weights?

To the best of my knowledge, this training system originated in Germany in the mid-seventies and was popularized by Rolf Feser, who was then the National Coach of Weightlifting. A similar protocol was promoted by Vince Gironda in the US, but regardless of who actually invented it, it works.

In Germany, the Ten Sets Method was used in the off-season to help weightlifters gain lean body mass. It was so efficient that lifters routinely moved up a full weight class within 12 weeks. Incidentally, it was the base program of Canadian weightlifter Jacques Demers, silver medallist in the Los Angeles Olympic Games. Jacques was known in weightlifting circles for his massive thighs, and he credits GVT for helping him achieve that level of hypertrophy. Bev Francis also used it in her early days of bodybuilding to pack on muscle.

The program works because it targets a specific group of motor units and exposes them to an extensive volume of repeated efforts; specifically, 10 sets of a single exercise. The body adapts to that extraordinary stress by hypertrophying the targeted fibers. To say that this program adds muscle fast would be an understatement gains of 10 pounds or more in six weeks are the norm, not the exception.

The goal of the German Volume Training method is to complete 10 sets of 10 reps with the same weight for each exercise. You want to begin with a weight you could if you really pushed it lift for 20 reps to failure. For most people on most exercises that would represent 60% of their 1 RM load. Therefore, if you can bench press 200 pounds for one rep, you would use 120 pounds for this exercise. Now, it may sound easy, but you'll be pleasantly, or unpleasantly, surprised.

For beginners, I recommend using the following body part splits:

Do one exercise, and one exercise only, for that particular body part. (If, however, you're a real masochist, you may wish to supplement that one exercise with another exercise for three sets of 10-12 reps done on a 402 tempo.)

When performing this program or, for that matter, any program you should keep a detailed journal of the exact sets/reps load and rest intervals performed, and only count the repetitions completed in strict form. Increase the resistance when you can do 10 repetitions for all 10 sets.

You may discover while doing this workout that, although your number of reps may go down about the sixth or seventh set, they may actually go up again at the eighth or ninth set. The thing to remember is that you are not going crazy; this is merely an interesting neurologically based phenomenon.

Oh, go ahead and start right away. No need to recuperate after your high-intensity cycle.

Q: You recommended somewhere or another (damn, I don't have my CP archives in order) that one-and-a-quarter squats will hit the VM specifically. Is this movement "butt-to-calves to parallel and back, then stand," or is it "half-way up from parallel and back?"

A: "Butt-to-calves to parallel and back, then stand" is the range of motion that targets the VM (vastus medialis) best.

The "half-way up from parallel and back" will only contribute to further destabilizing the knee.

Q: Please answer this ASAP. I am starting week 4 of the arm workout maximal weights and I have two questions. When doing the Scott bb curls, should the wrists be neutral or backward? Secondly, what exactly are rack lockouts?

A: The wrists should be bent backward. Although you'll have to use less weight, bending the wrists backward will isolate the elbow flexors by inhibiting the forearm flexors.

Rack lockouts are partial reps in the close-grip bench press. Because you are using a close-grip, you'll strongly recruit the triceps. Furthermore, the highest recruitment of the triceps occurs at the end of the range of motion in the bench press movement.

To take advantage of this extra degree of recruitment, you can use a power rack to limit your range of motion, which will also allow you to use a greater amount of weight than if you were doing full range of motion bench presses.

I recommend using the "stops" in a power rack to shorten your range of motion. In other words, place the stops several inches above your chest so that your range of motion is only 1/3 to 1/4 of what it would normally be. You should also pause at the bottom of the movement (the point at which the bar hits the stops) so that you cannot use the elastic component of the muscle.

Q: I am curious. If you could train Monday through Friday, but not on the weekends at all, how would you do it? I work 12 to 16 hours every weekend, but I have Monday through Friday off. I am in the medical profession, and there would be a large demand for this type of workout split.

A: You could try this split:

Or, for someone who needs more leg work:

Q: This morning, I did your chest and back workout described by TC in a previous issue of Testosterone. After I finished (and was moaning in the corner, sucking on my post-workout drink), I was approached by one of the trainers at the gym. He said, "Sure you're gonna' be sore after that workout, but that's an aesthetics workout, not a strength workout. You'll get great separation working out like that but you'll also get arthritis when you're 60." He went on and on, mumbling about connective tissue and other such things. I really couldn't pay attention; I was just concentrating on getting my protein/carb drink to my lips. Do you know what he was going on about?

A: I have no clue what he was talking about. Neither does he.

Q: When is the best time to have a post-workout meal? I know it's a good idea to consume protein right after a workout, but many say that it's better to wait about an hour after a workout to have a regular meal. Who's right?

A: The sooner, the better. Scientific research points out that there is a direct correlation between the proximity of the post-workout meal and the rate of glycogen resynthesis. I believe that liquid meals work best, and adding protein to the liquid carbohydrate solution will markedly increase the glycogen content of muscle.

Remember, this is my prescription for a post-workout meal only, and it does not reflect my feelings about total daily protein or carb intake. 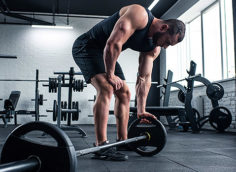 More is definitely not better... especially when it comes to these practices that'll kill your capacity to lift heavy.
Training
TJ Kuster November 17 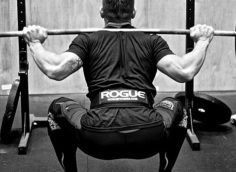