There are a number of ways to trigger hypertrophy, but just because you build muscle doesn't mean you'll be a more explosive athlete. For example, cyclists build impressively muscular thighs through countless hours on the bike. What's not impressive is their sprint or squat performance.

So when the goal is hypertrophy with concomitant gains in explosiveness and athleticism, it's necessary to appreciate the role of the nervous system. I'm talking here about maximum force production, which is the impetus for all the strength and growth you seek.

The force a muscle can exert is determined by two factors:

In neural science literature, motor unit recruitment and firing rate are mentioned separately, but they go hand-in-hand. Forget which factor plays a more crucial role. Your goal is to optimize both and you will if you follow the guidelines I've laid out below. The key is to recruit and fatigue the maximum number of motor units with each exercise. Once you do that, you've got nothing to worry about except for buying a new wardrobe.

Indeed, when you lift a load that doesn't allow more than five reps on the first set, you're already doing everything you can for optimal motor unit recruitment. Those heavy loads require intense focus, so the idea of trying to accelerate them or squeeze the peak contraction, is a lesson in futility. There's no cognitive space left for it. In other words, it's tough to screw up a heavy workout. But you can't train heavy all the time, nor should you.

It's when you stray further and further from maximal loads that things can go awry. That's because you have significantly more cognitive and motor control over the speed of the movement and your muscle activity. It's what you do during these lighter load workouts that can really make or break your results.

Here are the most effective ways I know to simultaneously build muscle and explosive athleticism when you're not using maximal training loads.

How Light Can You Go and Still Build Muscle?

The first logical question regarding training loads is: How light can you go and still build muscle? Research by Kumar et al., demonstrate that 60% of your one-rep max is the lowest your training loads should drop before protein synthesis significantly decreases, and in order to stimulate muscle growth, you must trigger protein synthesis.

This requires a load that's sufficient to recruit your strongest motor units. If you were relegated to training with a 20-pound dumbbell for three months, it's unlikely you'd gain any noticeable muscle mass. That load is simply too light for any hard-training guy to tap into his biggest motor units, even if he accelerates every rep as much as possible.

Since the load you choose obviously plays a significant factor in how much muscle you'll gain, I'll outline how to choose the correct load assuming you don't want to always test your one-rep max for each exercise and do the math. For most lifters, 60% of one-rep max is a load they can lift 20-22 times while they're fresh. So let's say you want to figure out 60% of your one-rep max for a one-arm dumbbell row. You probably have a decent idea what load you should choose that will get you in the 20-22 rep range. Let's assume that's a 50-pound dumbbell.

So you perform one set with a 50-pound dumbbell for as many reps as possible. Importantly, don't worry about applying maximum acceleration or any other esoteric elements. Just perform a set to failure with a normal tempo. If you get 20-22 reps, great. If you get 18 or 19 reps, that's fine, too. The Kumar study demonstrated optimal protein synthesis with loads that range from 60-90% of one-rep max, so if the load is a little heavy and only allows 19 reps, it'll still serve its purpose.

The real factor here is that you don't want to choose a load that allows more than 22 reps for the first set while you're fresh. I understand that 22 reps isn't a perfect number and the reps from person to person can vary with certain percentages of one-rep max, but I have to draw a line in the sand somewhere and I've drawn it at 22 reps.

Rule #1: Determine what load allows no more than 22 reps for the first set, and don't go any lighter in subsequent sets regardless of how many reps drop off. 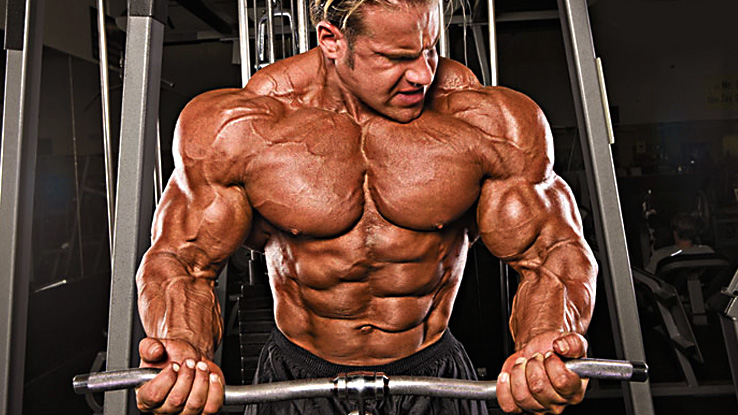 How to Trigger Hypertrophy with Light Loads

Now that we have a cutoff point for determining how light the training load should be, I'll outline how you can tap into the strongest motor units and trigger muscle growth. After all, a load that allows 20 or 22 reps for the first set will not recruit your biggest motor units if you perform each set with a normal tempo.

In fact, the slower you lift, the further you'll be from reaching the motor units you're after. The strongest motor units only come into play when force is near maximum, and they don't play for long. Any explosive athlete should sprint away from coaches that have them train slow tempos with submaximal loads. The exception is during rehab or with exercises designed to build full-body motor control such as the Turkish get-up.

In order to tap into the strongest motor units when the load is light, it's optimal to accelerate the concentric phase and squeeze the peak contraction whenever possible. (Oftentimes, though, I'll use exercises such as the jump squat and clap push-up with explosive training so the squeeze doesn't always apply.)

Bodybuilders have extolled the virtues of the squeeze for decades. Many top bodybuilders with impressive guns point to the peak contraction squeeze as a key to their development. I agree, and my research with EMG confirms it. Last fall I spent five months under the tutelage of Chris Powers, Ph. D., at his Movement Performance Institute. When he hooked me up to his EMG electrodes I was shocked at how much electrical activity I could achieve by squeezing various muscle groups without any additional load in hand.

With that in mind, two of my favorite exercises when I'm doing explosive training are the goblet squat and push-up. What stands out about this pairing is that you can perform them two different ways in order to achieve optimal motor unit recruitment by either maximizing acceleration or the peak contraction tension with a hard squeeze.

First, determine which load allows somewhere around 20-22 reps with a normal tempo for the goblet squat. For the push-up, determine how high your feet should be elevated, if at all, to limit your max reps to less than 22 for the first set. In either case, the load testing should be performed when you're not fatigued.

The following exercise pairings can be performed at the beginning of your workouts to ramp up the nervous system, at the end of your workout as a powerful finisher, or as a stand alone extra workout when you just want to burn off some steam.

The following pairing is an excellent way to minimize the deceleration associated with the lockout phase of a lift. In other words, it'll prime you for an explosive lift.

* Accelerate the concentric phase and squeeze peak contraction intensely for a count of one-one-thousand, lower under control.

Another favorite explosive full-body circuit uses the kettlebell swing, push press, and dumbbell row. I mention this circuit because the kettlebell swing is one of those exercises where it's difficult to find a true 20-22 rep max. In this case, it doesn't matter. Just choose a load that's challenging, but light enough to maintain an explosive tempo from start to finish. Athletes that want to really rip through reps love this circuit.

Notice that regardless of the method I use to optimize motor unit recruitment, the sets don't last more than 10 seconds. That's because the strongest motor units can only sustain their activity for around 10 seconds before fatigue sets in and they drop out. This limitation is due to the short-acting ATP-PC energy system the largest motor units rely on. As stated in Principles of Neural Science: "Muscle force decreases gradually by terminating the activity of the motor units in the reverse order from strongest to weakest."

Keep this 10-second rule in mind whenever you perform explosive movements like sprints, sled pushes, farmer's walks, and the like. This isn't to say that you should never work beyond 10 seconds, but when the goal is maximum motor unit recruitment without regard for developing any other fitness quality, the 10-second rule should be appreciated.

There are certainly other ways to develop explosive strength and rate of force development without using additional loads. In fact, exercises such as box jumps, sprints, and triple broad jumps are essential to building the complete athlete. While they all might not be the best muscle builders, they must be included somewhere in a weekly training cycle, preferably at the beginning of the workouts. Regardless of the exercise you choose, perform 6-10 sets for as many reps as possible within a 10-second timeframe.

Rule #2: When training with light loads, accelerate the concentric phase, squeeze the peak contraction, lower under control and limit the duration of each set to 10 seconds when maximum motor unit recruitment is the goal. Perform 6-10 sets.

The Necessity of Proper Workout Nutrition

In many cases, I like performing cardio in a fasted state. Once the glycogen stores in the liver are used up the body will start utilizing fatty acids for energy. That's great for fat loss. However, when it comes to strength training and the enhanced protein synthesis you seek, it's a completely different story. Muscle growth requires a positive protein balance. This net protein accretion occurs when protein synthesis is greater than protein breakdown. Obviously, our goal is to maximize protein synthesis and minimize breakdown.

The mTOR pathway is triggered by insulin and amino acids, especially leucine. This is why it's essential to take in carbs along with protein sources that are high in leucine before a workout in order to trigger protein synthesis and muscle growth by activating the mTOR pathway. That's the point of Biotest's supplements such as Plazma™ and Micro-PA™.

Finally, since protein synthesis reaches its peak around 3 hours post-workout, it's important to ingest high-quality food or complete protein sources during this time. 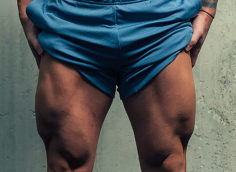 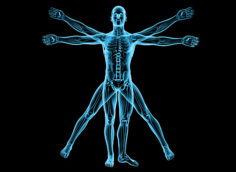 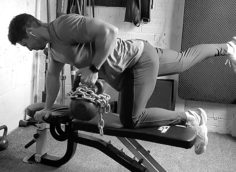 What beats a plank? This back exercise. Check out the details here.
Training
Gareth Sapstead July 13

We dug through the Author's Locker Room and found information gold in them-there hills. So with mule, shovel, and pick ax, we excavated the biggest, best nuggets from Thibaudeau mountain and melted them together to make this bright, shiny article.
Training
T Nation July 30