I've spent a lot of time in commercial gyms. After years of observing the madness that often takes place in these fitness factories, I sometimes think it would be fun to play word association with your typical four-days-a-week commercial gym lifter.

For whatever reason – perhaps ignorance, laziness, or equipment limitations – certain exercises have become the go-to "best" exercises. The problem is, not all of these best exercises are the best for everybody. Genetics, lever lengths, goals, and individual needs must factor into your personal exercise awesomeness equation, yet most lifters would prefer to just copy whatever that big guy with the 20-inch arms is doing.

In no way am I suggesting that the following exercises should never be used. Fact is, all of them could be a part of your size program – I definitely have them in mine. It's the overkill that's the issue because, quite frankly, some of these exercises don't deliver as much hypertrophy bang for the buck as you'd expect.

T Nation contributor Bret Contreras found that despite all the fanfare, the barbell bench press came up short compared to similar exercises like the dumbbell bench press for muscle stimulation. But that doesn't mean you should kick the old school bench press to the curb.

The best reason to bench press isn't necessarily to build purty pecs but for hormonal release. Big bang movements like the bench press increase Testosterone and growth hormone concentrations, which will help hypertrophy everything, not just your chest and triceps.

So if the goal is to grow, then bench. But if you also wish to target the muscle fibers of the pecs more directly, here's a few other suggestions.

More ROM, integrity of movement at the elbow joint, and tremendous stimulation of both sternal and clavicular pecs due to the seat angle. You can't get any better than that. This is a great exercise for major chest development, provided your shoulders don't give you grief on a regular basis. Plus, you can still go damn heavy. 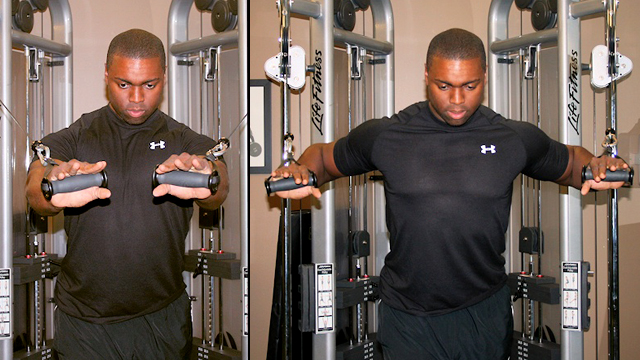 I stole this from fellow T NATION contributor Chad Waterbury. The chest doesn't get any downtime with this bad boy. Since the cables are placed above shoulder level, the pecs have to do serious work to keep the cables down (pec minor), and perform a press forward (pec major). Make sure the elbows still travel straight forward and back.

Front squatting and back squatting, since we're adding a spinal load, are even more important than barbell bench-pressing for GH and Testosterone release.

As for hitting the leg muscles? They do a great job, but it isn't easy for most to lift ball-busting heavy and maintain textbook technique. Squat heavy every week and you may exacerbate muscle imbalances and build a pile of joint stress so insurmountable that you even start to feel your knees and hips during sets of Heineken curls.

Add to the mix that most size-challenged guys (hell, most guys period!) also have woefully underdeveloped hamstrings and glutes and it becomes clear that an emphasis on the posterior chain is the way to go.

These are called out in virtually every decent lower body training article. Because they work. Do them and enjoy bigger legs.

It's easy for the quads to muscle in on many compound lower body exercises and steal precious muscle-building stimulation away from the oft-neglected posterior chain. This bad boy gives your glutes and hams no choice but to take action. It doesn't require much weight either, especially if you do them at the tail end of a solid squatting workout.

Rack pulls are a great first step. Since the stretch reflex is inhibited, the hamstrings have to contract much more rapidly to accelerate the load from the pins. The back of your thighs will resemble tractor tires in no time.

You can curl and pressdown your way into oblivion, but the sad truth is they won't do much to build monster arms. The coveted "peak" that makes the biceps look impressive comes from the development of a deeper muscle called the brachialis. Along with the long head of the biceps, developing the brachialis to it's full potential is the ticket to building Matterhorn-like biceps peaks.

Weighted chins are more effective than any kind of curls to stimulate the biceps. For taller lifters, I recommend them even more. I may not get mistaken for Ronnie Coleman at the airport, but my 18¼" upper arm circumference is definitely bigger than the average Joe's and I don't perform any direct biceps curls.

But, if curls are something you just can't live without, then make incline curls your first choice. The incline hits the long head of the biceps harder than anything else, along with the aforementioned brachialis. 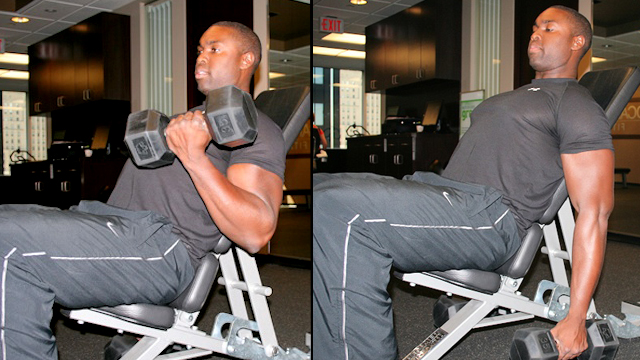 The triceps deserve more of your attention than the biceps if upper arm size is a concern. Close grip bench presses and dips are common options, but neither provide the most stimulation for the triceps.

The most important head to target for triceps thickness is the long head. EZ Bar French Presses hammer the long head, but are also one of the most commonly botched exercises in the gym.

The right way to do French presses is when the force angle is exploited with minimal joint stress. Performing them in this fashion will keep constant tension on the long head of the triceps without shifting stress to the shoulder and elbow joint. It's also important to avoid coming to a complete extension of the elbow – that's not the long head's job! Higher reps (12-15) work well for this particular movement, so expect an insane pump.

Lee Haney said to build muscle, you should exercise to stimulate, not annihilate. Strength training and size training have their similarities, but they also have many differences.

All basic compound barbell movements can play a vital role in training for both strength and size, but sometimes crushing ourselves with a heavy barbell isn't the best option for muscle growth. Sometimes, higher rep, lower weight "isolation" exercises are required to build that superhero body we all strive for.

The best trainees develop a kind of sixth sense – a training sense – that can detect when a certain exercise, though small and isolated, is helping make their muscles grow. So in your quest for all-out size, ask yourself if you'd rather be 165 lbs. with 13-inch arms but able to bench twice your bodyweight, or 225 lbs. and never get asked what you bench again because you're just so damn big it doesn't matter?

It all depends on the way you decide to train your muscles for size. The choice is yours.