There are two types of people who think single-leg work is for wimps:

Neither should be entitled to an opinion on the matter, at least not a credible one.

When people glibly lump all single-leg work into the same “functional training” category as standing on a BOSU ball, it just shows their ignorance on the topic. It tells us that they’ve never really pushed single-leg exercises that hard, if at all.

If you’re not good at single-leg work and struggle just to do body weight lunges or Bulgarian split squats with 20-pound dumbbells, then yes, it’s pretty wimpy and won’t provide enough of a stimulus to build any considerable muscle or strength.

But anyone who has progressed to appreciable strength levels on single leg exercises will attest that they’re anything but wimpy. In fact, most will tell you that heavy single-leg exercises are some of the hardest exercises they do in their program (yes, that includes squats and deadlifts).

In fact, they dread single leg work the most because it’s so brutal. So maybe people who don’t do single-leg exercises are the real wimps!

It’s Not Cirque du Soleil, After All

I love squats and deadlifts and do them often because they have tremendous value. And if you ask me what my favorite exercise is, I’d probably say trap bar deadlifts.

But if you ask me what exercise fries my legs the most and has me huffing and puffing and questioning my reasons to keep on living, I might have to say it’s heavy Bulgarian split squats. 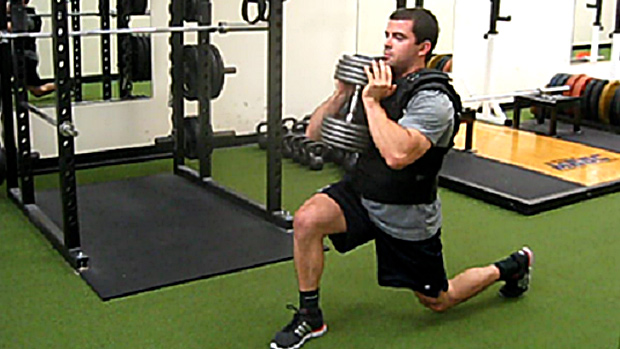 These are the ones where you’re pushing yourself so hard that you have to rest a few minutes between legs – not the ones you add on as an afterthought to your squat and deadlift workout and struggle to keep your balance on while just using body weight.

Calling single-leg work “wussy” because you suck at it is like saying that you can’t get stronger or build muscle using the Olympic lifts just because you’re not good at them.

It takes a little practice to get used to the balancing aspect of the exercise to the point where you can then focus on getting stronger through progressive overload, but we’re talking weeks, not months. Hell, it’s not Cirque du Soleil, after all!

In fact, the learning curve for single-leg work is typically even shorter than it is for squatting and deadlifting. So when people say you can’t get strong doing them, I strongly question how much they’ve actually done it and if they’ve actually ever given it a real try.

Not a Black and White Issue

Whenever I defend or discuss the merits of single leg training, a lot of people automatically assume that I’m also against bilateral lower body training. That’s crap.

I do squats and deadlifts just as often, if not more, than I do single leg work. All of my clients and athletes do a mix of unilateral and bilateral work as well, though I bias them differently depending on their goals, injury history, anthropometry, and logistics.

But it’s not an either-or, binary situation like so many make it out to be, and I don’t think one is necessarily better than the other.

If you can squat and deadlift well and do so pain-free, then blast away and focus on getting really strong at them. The inconvenient truth, though, is that some people simply don’t do well with bilateral squats and deadlifts.

Most of the time it’s because of some sort of injury, but it’s also because some people just aren’t built to perform those exercises well, so trying to load them heavy is just asking for trouble.

For these people, it’s fine to do light squats and deadlifts for mobility purposes and to work on the pattern, but they’re astronomically better off getting their heavy strength work via single-leg work.

Denigrating single-leg work gets you a lot of likes on Facebook from “hardcore” guys who stick solely to bilateral exercises, but it’s based on stupidity and close-mindedness, and it sends a bad message to people that would be better off doing more single-leg work.

Before you jump to conclusions about the efficacy of single-leg work, I challenge you to give it a real chance first so that you’re not talking out of your ass.

If you’re worried about losing leg size and strength, don’t abandon your squats and deadlifts – just make it a goal to improve your single-leg work.

Some people who already have very strong legs will hit these numbers pretty quickly after they get used to the exercises, but it may take longer for others. I’ve had numerous high school athletes hit and surpass these numbers, so they’re far from unrealistic.

Still, if you hit or surpass those numbers, I’m willing to bet adjectives like “wussy” will be the furthest thing from your mind. Instead, you’ll opt for some juicy four-letter words. 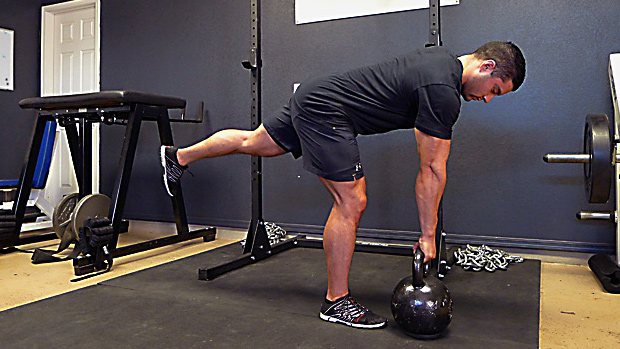 A lot of people don’t tolerate heavy squatting more than once or twice a week, but you could do one heavy squat day and augment that with a day where you focus on single-leg exercises.

In any event, do some single-leg work and get good at it before you shoot your mouth off about the subject!