That statement can be applied to business, life, or in this
case: training. I think we all instinctively understand this axiom.
Many people, however, mistakenly believe that the statement holds
true in reverse: change leads to progress. That's why
they're always buying the latest diet book, supplement, or
ab-lounger-thingy.

Of course, we know that simply changing what you're doing
won't necessarily lead to progress, but it certainly can if
done correctly.

You must constantly force your body to do what it's not
used to doing. Anything less than a laser-like focus on progression
plans will hold your transformation on pause. In my book, Muscle
Revolution, I outline five different progression methods. What
you use, and when you use it, depends on your goal.

For fat loss I favor the rest progression; for strength the load
progression is great (of course); and for hypertrophy I increase
the volume by adding sets, reps, or weight. And, as I explain in
the book, you can mix and match progression plans depending on your
goals.

I'm going to outline two progression plans that you've
probably never tried, but have proven effective time and again with
my clients. Incorporate these progressions into your training plan
and you'll rekindle the flame that fuels your gains.

I'm a movie lover by nature. Almost any genre of film can
tickle my fancy, so I've seen more than my fair share.
It's been said that all movies can be categorized under one of
three themes:

If it's not 100% true, it's pretty damn close.
(I'm not sure where Problem Child 2 fits on the list
but I hope someone was fired over that train wreck.) Well,
progression plans can be simplified into three main categories,
too:

I favor the first two progression plans because the third option
is akin to burning the proverbial candle at both ends. However,
there's a time and a place for everything.

I haven't written much about rest-pause training, but
it's one of my favorite strength and muscle building methods.
In essence, rest-pause training (excuse the redundant nomenclature)
consists of briefly resting on the order of 5-15 seconds between
reps.

The appeal of this method is clear: you can lift more weight.
For instance, you might not be able to pull five deadlifts with 495
pounds, but the task might become viable if you're allowed 15
seconds to rest between each rep. The science is simple:

If you ever wondered why you can't squat 90% of your
one-repetition maximum (1RM) for 20 repetitions, start blaming the
ATP-PC system because it's largely responsible.

The good news, however, is the ATP-PC system starts recovering
as soon as the contractions cease. It usually takes a few minutes
for this system to fully recover, but a fair portion is replenished
in approximately 10 seconds. Obviously, the longer the rest period,
the greater the recovery.

To use this progression you'll start a cycle with the
maximum load you could lift for five reps while resting 15 seconds
between each rep. For many lifters, this will be at, or slightly
below, 90% of your 1RM. Perform 1-5 sets of five reps – fewer
sets if strength is your goal; more sets if size is important.

Now for the progression: you'll simply shave one second off
each mini-rest period for 10 sessions. Keep in mind that one-second
progressions can be tricky, so don't fret if you end up
shaving two seconds off. What matters is that you progress from 15
seconds rest to 5 seconds rest over the course of 10 workouts.
Perform two workouts per week so it takes you 5 weeks to finish the
progression plan.

Let's say your deadlift could use some help, and you could
stand to add some muscle to your posterior chain. Here's a
program that will do it: 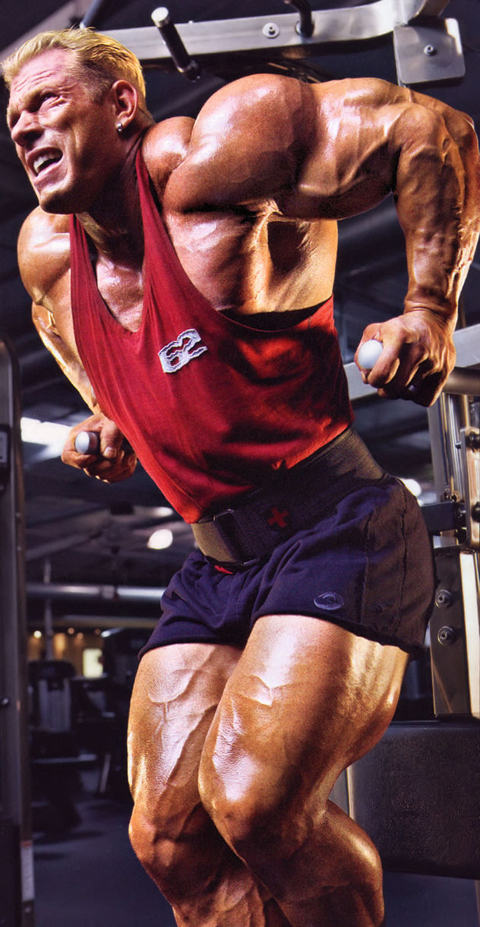 Continue with this cycle for four more weeks by decreasing the
rest-pause deadlift training by one second. After finishing the
10-workout cycle, take at least two weeks off from training the
deadlift. Once you return to normal deadlift training, you'll
be amazed at your newfound strength.

I designed the S-15 Progression for my fighters, but it's
also great for anyone who needs to build more speed strength.
It's also an effective method with kettlebells, or any other
resistance tool that might be a little heavy, or a little light,
for an athlete. Here's how it works.

Take a load that's around 50-70% of your 1RM and perform as
many top-speed reps as possible for 15 seconds. Keep track of how
many reps you finished. Then, beat that number by at least one rep
in the following training session. This is a versatile way to build
speed and strength. Why is it versatile? Let me explain.

I came up the S-15 progression out of sheer necessity. In Los
Angeles, or on the road, I frequently train groups of fighters
– fighters who possess a myriad of strength levels. Since I
often don't have the time, space, or equipment to calculate
the perfect load for a couple dozen fighters at once, I have them
perform as many reps as possible with say, a kettlebell, for 15
seconds. The number of reps are documented and then the fighter
simply beats that number the next time. This is a variation I use
based on Staley's EDT system.

This is an excellent progression because it's not too
taxing on the nervous system and joints. In other words, you
don't need to use heavy weights and you don't need to
constantly add load to the bar. Just crank out an extra rep or two
more than you did the time before.

And if you're wondering why I use 15 seconds as my cut-off,
it's because that's the limit for maximum motor unit
recruitment. However, you can certainly use 30, 45, 60 seconds, or
any other time that fits the person's need. Also, this method
works best with lighter loads. If you use a load that's too
heavy you're not going to be able to add a rep or two to each
subsequent workout.

Here's a sample plan based on three total body workouts
each week:

MONDAY
Load: 50% of 1RM
Reps: as many as possible within 15 seconds

1A) Bent over barbell row with palms up
Rest 45 seconds 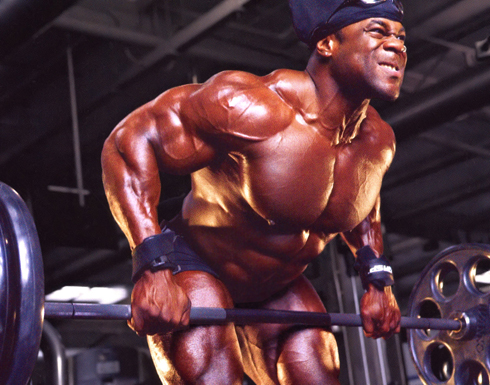 Back in the days of old, lifters had one choice when it came to
progressions: add more weight to the bar. Short of that, no one
really had the mind's eye to devise progression plans that
would add size and strength. Put these modern progressions to use
and watch your lifts and shirtsleeves grow!

The inability to go deep with squats is often caused by ankle issues, not hip issues. Here's how to fix that right up.
It Hurts Fix It, Mobility, Squat, Tips, Training
Tom Morrison August 8

Boneheads call it cheating, but this deadlift variation gives you a stronger and more useful body. Here's why and how to do it.
Bodybuilding, Deadlift, Powerlifting & Strength, Training
Lee Boyce May 11

The quick set-up allows you to take advantage of the stretch shortening cycle in your hip extensors. It takes practice, but it should become second nature and fast.
Deadlift, Exercise Coaching, Powerlifting & Strength, Tips
Mike Sirani May 8 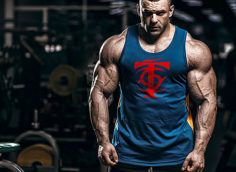