Everyone knows how valuable the deadlift can be, but not everyone does it regularly. Yeah, a few people are just plain lazy, but many are simply afraid. They've never been taught to do it safely and are concerned that they'll get hurt if they push the weights without assurance that their form is on-point.

With that in mind, this series was born. Here I'll give you a full-on analysis of a good deadlift, examples of every single deadlift debacle you'll see in the gym, and provide you with plenty of deadlift variations you can incorporate into your training for longstanding success with this fantastic movement.

First, though, we need to cover eight prerequisite issues to set the stage.

Don't use videos of deadlifts from powerlifting competitions as a standard for teaching exercises. For those who haven't done a powerlifting meet, let's just say that you generally aren't feeling like a million bucks when pulling time comes around.

A meet might start at 9AM, at which time you need to hit three heavy squat attempts after an extensive warm-up. A few hours later, you hit three heavy bench attempts, after which your back is so damn tight from arching that you'd think you'd just left a yoga class. (Fortunately, you're surrounded by strong and predominantly fat guys to convince you otherwise.)

You knock back some caffeine, warm up, chalk up, snort a little ammonia, and then go out and dip, grip, and rip. The less you think, the better. So, logically, you aren't going to see the most picture-perfect form. It's like analyzing running mechanics on the marathoner who has heat stroke and is trying to crawl across the finish line.

When I put deadlifts and their variations into programs, I can easily stratify clients and athletes into one of three categories:

Logically, I'm willing to take more chances in category #3 than I am in #2, and certainly #1. Weekend warriors don't get aggressive loading parameters (singles over 90%). And while athletes might get to pull heavy singles, they only get to do so in a controlled environment (elevated trap bar deadlifts, pulls against chains).

There's no one perfect way to deadlift. Sure, there are certain things – lumbar flexion and hyperextension, and flexed-elbow lifting, for instance – that you never want to see on a pull, but that's not to say that there aren't going to be individual biomechanical differences among lifters. Specifically, I'm referring to torso and limb lengths.

Those with longer torsos and shorter legs will tend to pull with the hips slightly lower – basically a bit more of a squat:

Those with longer limbs and shorter torsos will pull with the hips slightly higher:

The important thing is that the spine is neutral in both situations and the elbows are taut.

Injury histories and functional limitations also warrant consideration here. An athlete with very poor ankle mobility (mainly a lack of dorsiflexion ROM or range of motion) will generally try to pull with the hips higher or compensate by externally rotating his feet significantly. Those with a history of anterior knee pain will also gravitate toward the hips-higher set-up because it takes some of the stress off the knee.

I'm not saying that either of these adjustments are correct; I'm just pointing out that previous history of injury and functional limitations can alter someone's "natural" style. You need to address the issue before you can truly determine whether you're better off with the hips higher or lower.

I'm often asked by people whether I think they'd be smarter to switch to sumo-style pulling (or give it up). My personal philosophy is that you should be able to do both safely if you're adequately prepared, although there will often be a substantial difference between your strength on the two. As an example, I might be good for 650 conventional, but only 600 sumo. 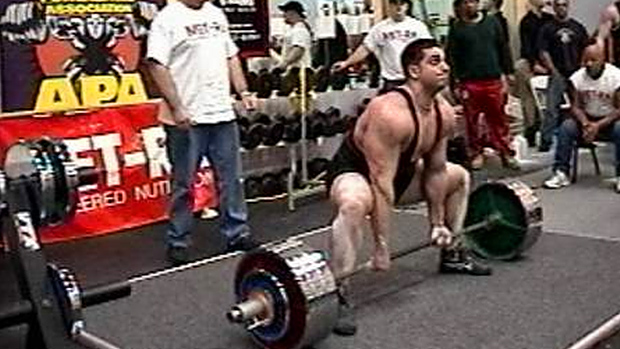 From a strength versus muscular development standpoint, sumo pulling decreases range of motion, so you theoretically have the potential to move more weight. However, less range of motion isn't necessarily ideal from a hypertrophy standpoint. Still, you're going to get better overall lower body development from doing both.

From an injury prevention standpoint, sumo pulling can really beat up your hips if you aren't careful with how you program. Some people simply aren't ready for wide-stance anything. It's not uncommon to see anterior joint capsule irritation and even strained adductors.

A pair of squat briefs can alleviate some of these problems, but it's really just a band-aid on an open wound. If you're going to squat or deadlift wide, you really need to prioritize hip mobility.

Lastly, and most significantly, sumo pulling tends to be the deadlift of choice for me when working with someone with longer femurs. With conventional pulling, they tend to struggle with "clearing" the knees on both the concentric and eccentric phases simply because the femur is so damn long.

With these individuals, I'll cycle sumo pulling with rack pulls from just above the kneecaps and trap bar deadlifts to ensure that they're developing in both positions and all ranges of motion. 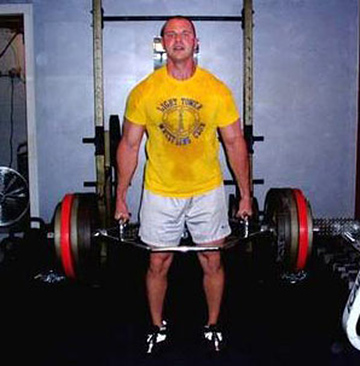 Sumo pulling can also be a great substitute in those with chronic knee pain, but it really depends on the specific situation, so a generalized recommendation is tough to make.

My 635 deadlift video from Are You Doing Stupid Stuff in the Gym? once again stirred up the question of whether rounding is okay. Here's the video one more time:

First, remember that I'm a member of category #3: I deadlift to get better at deadlifting, not basketball, bocce ball, or pocket pinball.

Second, and more importantly, people need to understand the difference between thoracic flexion and lumbar flexion. The secret with respect to rounding on maximal pulls is to get it in the right places. The best pullers get rounding in the thoracic region (if it even occurs), not the lumbar spine.

We buttress against shear stress more effectively at the thoracic spine (designed for more ROM) than we do at the lumbar spine (less ROM). The problem is that beginners don't have the motor control to tell the difference.

If you need proof, take a look at Olexsandr Kutcher (near-800 pound deadlift at 165-181). He's very thin at the lumbar erectors, but thick at the thoracic erectors. This hypertrophy llocalizes because that's where his body is working hardest. My back isn't as big as Kutcher's, but in terms of proportionate structure, it's a complete replica. (My name isn't nearly as cool either, unfortunately.)

When an Olympic lifter lifts a bar from the floor in preparation for a clean or snatch attempt, his goal is to position the bar in the ideal spot to set up the second pull (above the knees to the catch component). A deadlift is just a first pull with terminal hip extension. The idea is just to get the bar to the hips and stand upright with it.

I've never seen an Olympic lifter miss an attempt on the first pull; it simply isn't the limiting factor in the strength curve. So the lifter is always working with submaximal weights in that portion of the movement.

When you're working with submaximal weights, you have some wiggle room with your set-up. Olympic lifters manipulate this to their advantage by squatting a bit deeper on their first pull.

Deadlifters, on the other hand, need to put everything they've got into the first pull, so it's important to go directly to the most strength-conducive position from the get-go.

Lastly, let's not forget the difference in footwear between the two types of lifters. Olympic lifters wear shoes with marked heel elevation, while deadlifters want to keep their heels as close to the floor as possible. Which brings me to...

"Thou shalt not deadlift in cross-trainers" is actually the first commandment in the powerlifter's bible. Rather than list all the shoes that aren't appropriate for pulling, let's just say that you have four options:

I'm a huge proponent of Nike Frees and Reebok Travel Trainers, but I think that both of them still have too much heel lift for deadlifts. 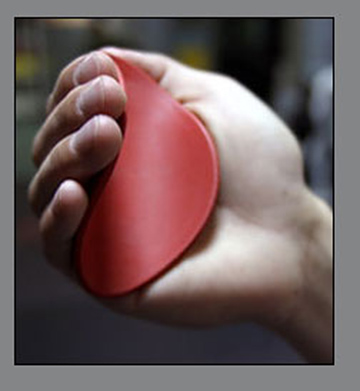 You should never miss a deadlift due to sweaty hands. If you don't train at a gym that allows chalk, I'd recommend finding a new gym, or at the very least sneaking some in.

Invisible liquid chalk is available, but I don't like it nearly as much as the real thing. For a list of more hardcore gyms near you that would allow chalk, check out Powerlifting Watch's Gym Database.

I don't recommend straps unless you're using a snatch grip and they're absolutely necessary. Gloves will actually make things worse, but I've found that Lynx Grips can help the cause, especially in females who are concerned about avoiding calluses.

Ponder these eight prerequisites for a few days. We'll be back with enough deadlift technique videos to satisfy your pulling fixation for years to come!

Circus trick or testament to full-body strength? Either way, it sure looks cool. Here's how to nail this movement in record time.
Abs, Challenge Training, Metcon, Training
Al Kavadlo February 3