Supersets, or performing sets of two different exercises back to back, could be the oldest of strength training techniques. Unfortunately, they also hold the dubious honor of being among the most frequently misunderstood and misapplied methods, right next to partial reps, cheat reps, and the "it's all you bro" forced rep extravaganza.

In the case of supersets, overzealous trainees often slap together arbitrary exercises in an attempt to make their workout more "intense," thereby rendering the supersets – and the workout – largely ineffective beyond simply tiring them out. Oh, for shame.

To that end, here are my thoughts on how to properly design and use supersets in your training.

The classic superset approach is the basic antagonistic superset. Do a set of biceps curls and then hit the triceps pressdown with no rest in between. Or bench press for 10, followed by some seated rows. It works – you get the heart rate up while promoting a little "balance" in your training. Not atom-splitting complexity, but decent. Yet not perfect.

The problem with the classic approach is that it tends to overlook issues like pre-fatigue, reciprocal inhibitions, and spine health. If you're a guy with any muscular or structural imbalances (I bet you are, since I haven't met one who wasn't), this stuff can only lead to more problems down the road. Let's look at these issues.

The most common area that falls victim to pre-fatigue is the core, namely the abs and low back. One can argue that there are very few "good" movements the core isn't at least indirectly involved in. They act as huge players in many exercises, and their responsiveness and strength should always be piqued when preparing for big movements.

To that end, we'd be well served to assess our movement selections to determine whether we're just asking for injuries by supersetting the wrong movements together. 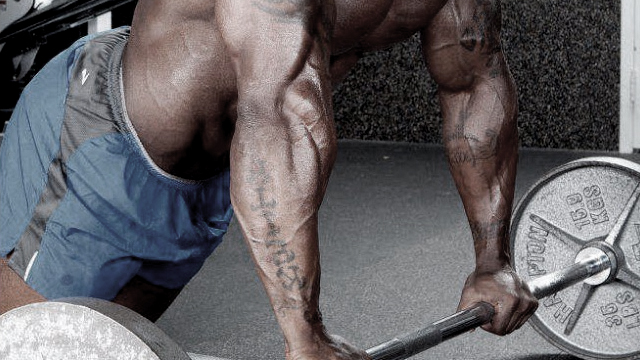 I see this superset (or ones like it) a lot: a core isolation exercise paired with a big movement like squats, deadlifts, or standing press. However, doing Swiss ball rollouts, suspended fallouts, or hanging leg raises does nothing but decrease your potential core strength. Remember, exercise breaks muscle tissue down – we want to avoid doing so when it's most inconvenient within our workout.

Instead of thinking exercises, it would be wise to think of "weak links." So rather than pre-fatiguing muscles that could act as contributors to the movement, wouldn't it make more sense to target muscles that tend to get "loose" during movements to keep them primed? The end result would assist, not hamper, the big movement in the superset.

A good example is the scapular tissue. In the barbell squat, the lifter's back often can't stay as tight as desired. A wise move would be to work on momentarily decreasing the ROM of the scapular muscles by doing a few reps to get them tighter. This way, their shortened range will make for a more effective squat, since the chest will be able to stay higher for a greater portion of the set.

Antagonistic supersets are tricky. Many lifters and coaches make the mistake of just thinking of one side of the body versus the other. for example, chest to back, quads to hamstrings, biceps to triceps, etc. Sometimes, however, training a muscle that's opposite another can create a strain that can add to the stress of another group or joint.

While each of the A2 exercises hit the "posterior chain" to some degree, they also all hammer the snot out of the quads. Because of this, the hip flexors and rectus femoris can decrease in ROM and cause forward momentum, creating an anterior pelvic tilt.

It's even worse if you already have a quad-dominant muscular imbalance. Here, adding exercises where you need to maintain constant low back extension can make for considerable trauma to the vertebral segments of the low back. It's important to think about what effect each individual exercise in the superset has on the skeleton.

A good alternative would be to change the plane of motion. A floor press would be ideal to alleviate back stress from the pulling movements mentioned above. This would also be a suitable time to incorporate a hamstring curl, as the muscles of the hamstrings contract in a direction opposite the low back. This will allow the pelvis to be neutralized once more if we get tighten it.

Here are a few take home points to consider when it comes to selecting proper supersets:

Spinal segments can get compressed quite easily. Barbell squats, standing presses, deadlifts, etc., all create a lot of force on the spine. This, in turn, can contribute to limited blood flow through the spinal column, lowered electrical stimulus to muscles, and even injuries like herniated discs.

So when choosing a superset, deciding pull versus push is only half the battle as both the pulling and pushing exercises could be compressing the vertebrae.

From a health perspective, anything on the left side of this list can be supersetted with anything on the right side as a means to handle spinal compression issues. Muscular fatigue aside, your spine will thank you.

The order in which you choose your supersets matters as well. We could be accomplishing the opposite of what we really want if we perform the wrong exercise first. The goal is to find ways to make our muscles work together for a desired outcome, not work against each other at the expense of our joints and connective tissue.

Here's an example. A "chest and back" workout is a classic upper body superset. With exception to the compression stuff mentioned previously, I recommend doing pulling exercises before pushing exercises, especially with back and chest.

A simple set of rows or rear flies can go a long way towards helping the scapular muscles contract and stabilize the shoulder capsule. This also helps lengthen the pec minor (and major), which assists with maintaining proper posture. Skipping this simple advice can lead to a faulty recruitment pattern or exacerbate a muscle imbalance.

When you're about to do a lower body superset, it's wise to consider the correct firing pattern of the muscles of the posterior chain. Ideally, in a walking or running stride, biomechanics dictate that the glutes fire first, the hamstrings second, and the low back third.

That would make it smart to do a posterior chain-dominant exercise first (like a deadlift, Romanian deadlift, or reverse hyper) before a quad dominant exercise (like a leg extension, hack squat, or leg press). Doing them the other way around encourages the issues mentioned earlier, i.e., the hips shortening, giving them control of the pelvis. That can create overarch and compensatory issues in the posterior chain's firing ability.

Some random things to make life easier when applying supersets: 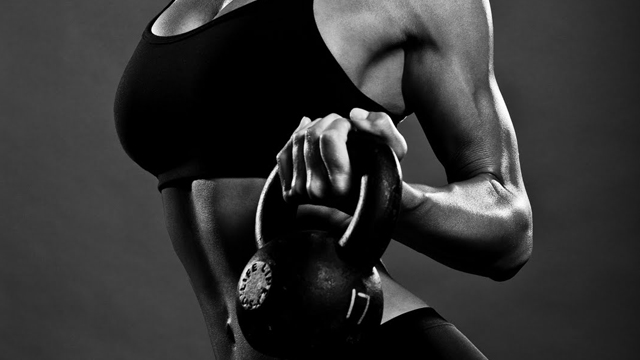 Putting all this into practice, a workout week could look something like this:

A sound method would be to hit this program every other day. Add two interval training sessions per week and one recovery day. While not a suitable program for size training, it's an ass-kicker in building general conditioning and stripping body fat.

It's Not That Complicated

The big point here is to use supersets intelligently – to encourage the muscles to do the right thing by using one movement to assist the other.

In other words, the key is to train smart. Thinking about the way your body works as a unit is quintessential to putting it through a proper workout.

So if you're a guy who has good technique but still gets joint stress and chronic pain, the answer may lie in the way you decide to combine your exercises. Put this info to good use, and you'll tap into your muscles' potential – your body will thank you for it.

Make the workout you're already doing more effective. These five simple tweaks can help you get more out of every session.
Bodybuilding, Powerlifting & Strength, Training
Charles Staley September 28

Bodybuilders are all show and no go. Powerlifters are fat. Rather than stereotype, a good lifter needs to be both a bodybuilder and a powerlifter.
Bodybuilding, Powerlifting & Strength, Training
Charles Staley September 25

A training strategy that has you hitting your lagging body parts for ten sessions each week. Yes, it can be done, and it works. Check out the plan.
Bodybuilding, Training
Chad Waterbury August 16