A recent trend among fitness professionals is to recommend moving away from static stretching, especially before a workout or athletic performance.

The reasons for abandoning stretching run the gamut from claims it decreases performance to allegations it's largely ineffective since it doesn't permanently increase muscle length.

And now there's even the suggestion that static stretching may be dangerous and lead to injury.

I respectfully – but adamantly – disagree with the anti-static stretching crowd. And here's why.

Interestingly, most anti-static stretching sentiments are grounded primarily in research.

I like that people are reading research and trying to think critically, but it can be imprudent to base an opinion off research alone. I'm a big believer in using an evidence-based approach to justify our opinions, but to me, research is only a small part of evidence-based approach – it's also vitally important to take empirical data (i.e., your experiences and observations) into consideration as well.

Moreover, it's easy to misinterpret research and draw misguided and misinformed conclusions from it. I worry this is what's happening with the static stretching issue, so before I get into my own opinions based on my experiences as a coach and a lifter, let's take a closer look at some of these "research-based" claims about stretching.

The argument here is that static stretching decreases your ability to produce force, which in turn decreases performance from a strength and power standpoint.

You can find numerous studies to support this conclusion too, especially if you only look at the study abstract or read the researchers' conclusions.

If you delve deeper into the research design though, it paints a very different picture.

Usually these studies involve holding some form of lower body stretch for an extremely long duration (60+ seconds) and then going straight into a strength or power exercise like a vertical jump.

Not surprisingly, performance is diminished immediately after long duration stretching, and some then make the broad leap to generalize that static stretching thus decreases performance.

When you step back, though, and try to put that into the context of real life, it's not a very useful research design because that's not what happens in the gym, at least the way I do things and recommend things.

Most of the time in the real world, stretches are held for no longer than 10-30 seconds (I usually recommend 10-15 seconds) and are followed up by more extensive dynamic warm-up drills, warm-up sets, and setting up for the first exercise.

So in reality, at least 10-15 minutes (or even more for those going through more extensive warm-ups) has elapsed from the time you're done stretching to the time you're actually trying to produce any meaningful force.

Those are key differences that can't be overlooked.

In fact, a study performed by Ogura et al looked at the impact of stretching duration on performance, as measured by MVC (maximum voluntary contraction).

In another study, Charilaos Tsolakis and Gregory Bogdanis looked at the effects of both short duration and long duration static stretching on performance in the countermovement jump.

The short duration group stretched the quads, hamstrings, and calves for 15 seconds each and then waited two minutes before testing hip range of motion and testing the countermovement jump. The long duration group did the same thing, only stretches were held for 45 seconds each.

Results showed that both stretching groups increased hip range of motion more than the control group that did not stretch prior, but there was no big difference between the short and long duration groups.

Short duration static stretching is still effective for increasing short-term flexibility and joint range of motion without impeding performance, making it a great addition to the warm-up before lifting for stiffer individuals (i.e., most lifters).

Another knock on static stretching is that the changes are transient and doesn't increase muscle length.

This may very well be true – I wouldn't have the first idea about how to see whether static stretching actually increases muscle length, so I'll gladly defer to the research on this one.

But none of the above really matters in the discussion of whether we should static stretch pre-workout because that's not the point of the stretching in this case. We aren't looking to make long-term permanent changes to the muscle length before lifting – we're simply trying to get the body ready for the demands of the lifting session.

Static stretching has clearly been shown to increase short-term flexibility and range of motion, which in turn helps us to get in the positions necessary to perform our strength training work safely and effectively.

For example, a lot of lifters with tight hips, shoulders, and pecs (especially those with more muscle mass) will struggle to squat with a full range of motion and hold the bar correctly before warming up, especially when sore from a prior lifting session.

This will lead them to either succumb to their lack of mobility and compensate by using a partial range of motion (usually the case) – which further contributes to their lack mobility – or they'll try to go all the way down anyway and risk serious injury.

A brief bout of static stretching before the lifting session will often help immensely and will allow them to squat correctly. So while many argue that stretching impedes performance, it can actually help performance tremendously.

As a side note, I believe that full range of motion strength training is also the best way to increase mobility, better than any stretching or mobility drills.

I'll take the strength exercise any day of the week.

Trouble is, that's water under the bridge initially since most dudes won't be able to do these exercises correctly without first doing some static stretching to allow them to get into the proper positions.

Thus, while stretching may not contribute to increased muscle length directly, it can help in a circuitous fashion by allowing you to strength train with good from.

And maybe instead of calling it stretching we could think of it as static flexibility and/or static mobility work?

That's all semantics though. It's clear that short duration static stretching can be beneficial for the aforementioned reasons.

To me, this criticism is a clear misinterpretation of the research, which is indeterminate at best. Studies seem to suggest that stretching won't help against overuse injuries, but there is research suggesting it can help ward off muscle strains.

This research is largely based on athletes that run, jump, and cut as opposed to lifters, but I'd hypothesize that the results would be similar amongst lifters.

I wouldn't expect static stretching to prevent overuse injuries, so to me that's not an important finding, and certainly not something to harp on. That's more a programming issue.

But I do think that stretching can definitely help ward off those annoying strains. How often have you heard of someone that's chronically stiff tweaking something after skipping the warm-up? It's happened to me more times than I'd like to admit, and I'm willing to wager most of you can relate.

We have to remember that on this site we're dealing with lifters with more muscle mass than the average person or average research subject, and more muscular people tend to be stiffer. Lifters also have to deal with the constant day-to-day tightness that comes from hoisting heavy weights on a near-daily basis, which makes stretching all the more important.

You may want to point to Flex Wheeler ripping off full splits to disprove my argument, to which I'd say two things:

Some people probably go overboard with static stretching and see it as an end-all-be-all or overdo it, so in those cases I can see where it might be warranted to advise them to take it down a notch.

Not everyone needs to static stretch either, and in some cases, it can actually do more harm than good, such as in people that are congenitally lax and/or hypermobile. You see this more frequently in dancers, gymnasts, and even baseball players.

Also, as a general rule, women tend to be more flexible than men, so they may not need to stretch quite as much, though there's certainly more than enough tight women out there (it's okay to laugh, I set that one up) that could benefit from static stretching too.

But far more frequently, especially amongst lifters and bigger guys, people don't stretch nearly as much as they should and compound it by lifting with a partial range of motion, partly to feed their ego and partly because they don't have the flexibility and mobility to go through the full range.

If everyone lifted with great technique all the time through a full range of motion, then a lot of additional stretching may not be needed, but let's be real here – how many lifters do that, or even can do that?

I'm not saying that static stretching will cure all ills, so don't misinterpret my message. It's just one piece of the puzzle, but a very important piece at that. I still like a dynamic warm-up too, so don't think it has to be an either/or scenario.

How much stretching you need personally will vary largely between individuals, but for most some static stretching is highly beneficial. I recommend a short bout before lifting followed by longer bouts post workout if you have the time or later at night before you go to bed.

A simple sample static stretching (try saying that five times fast) routine might look something like this:

That's just an example. Feel free to substitute other stretches or add in more as you see fit.

Trust me, I'll look for any excuse to abandon stretching because it's just about my least favorite thing to do in the gym – and if I'm being completely honest, I often do skip it.

But I know I feel a whole lot better when I do it and I have much better workouts, as do my athletes and clients, so that's enough for me to keep believing.

Stretch on my friends.

No muscle gains? No fat loss? Answer these questions to make sure you have the basics covered.
Tips, Training
Andrew Heming November 3 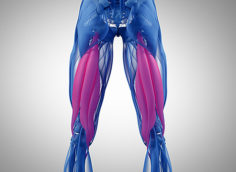 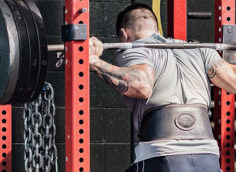 Wanna squat more weight? Your weakest links must get stronger. Here's how to find and fix them.
Training
Travis Mash December 4