Loaded carries (like farmer's walks) are basic training at its best. You simply pick up a heavy weight and carry it for a given amount of time or distance.

But if you're only using them when you have a large space, or you're only walking forward, you're not getting the most out of them. Here's how to take a basic exercise and spice it up in some not-so-basic ways, even if you're training in a small space like a home gym.

If you don't have a lot of room to move, here are your best options:

This is great for a small space and adds a multi-directional element to loaded carries. The closer the cones are, the more corner turning you'll have to do on each lap. Don't have cones? Use rocks or anything that can mark your place to turn.

This will simulate the demands of moving forward more than simply walking in place without any added resistance. You have to work to keep your hips forward (creating glute activation) and prevent the band from pulling you backward.

So position an NT Loop band above your hips and anchor it to something at a level between your knees and waist. Walk away from the anchor to create tension against your hips and remain the same distance from the band while doing the exercise.

(This is what I designed the NT Loop Band for; it has a built-in door anchor and feels far more comfortable and stable than the standard bands that dig into the body or move around weirdly.)

Want some conditioning? Take this same idea and use it for a band-resisted interval circuit:

One round is one minute. Repeat for three to six rounds without rest.

Make sure there's tension on the band throughout. The dumbbell hip carry with high-knee march is your active-rest portion of each interval.

If you're at the gym or outdoors, these drills are my top variations. They go way beyond just walking forward with a heavy thing in hand.

This is the most basic variation of traditional loaded carries. But instead of turning around and walking forward again, you stay facing the same direction and walk backward to return to the start. Of course you can do this in a smaller space, as shown in the video. Just readjust the cones for whatever amount of space you have available.

As basic as this is, I've yet to see backward walking done by other coaches when doing loaded carries, which baffles me.

As the name implies, you're walking the shape of a box. It's unique because it involves moving laterally, not just forward and backward.

You can limit the amount of lateral movement involved by setting up the four cones in the shape of a rectangle, so the longest distance is moving forward and backward.

This drill is the same as above, except it adds a diagonal walk between the corners of the box.

For conditioning, pair loaded carries with other locomotion exercises that require you to move through the same space as the carries.

For example, you can pair a set of loaded carries by alternating them with any of these:

Notice that none of the above are grip intensive. Since loaded carries wear out your grip, you don't want to combine them with another exercise, like reverse sled drags, that also requires a strong grip. That concentrated fatigue will limit your ability to perform enough rounds to create a conditioning effect.

You can also use loaded carries as a part of what I call Hybrid Locomotion Complexes (HLC). They're a simple and effective way to jack up the heart rate and burn a ton of calories without sacrificing muscle size or strength.

These drills are perfect for dumbbells or kettlebells. Play around with how you hold them using any of these positions: 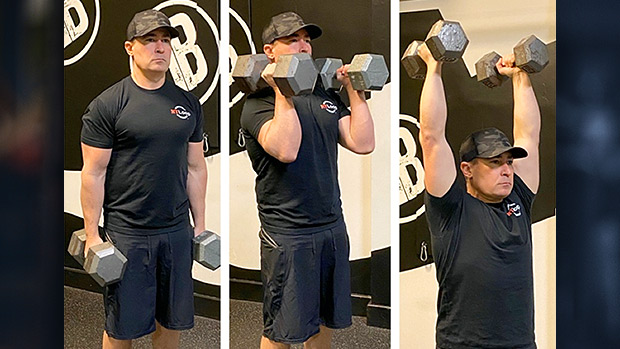 And their unilateral counterparts: 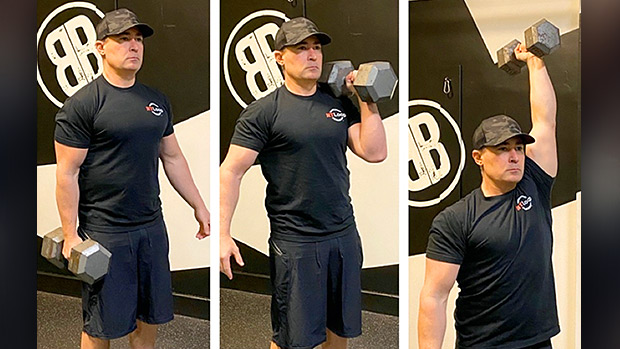 Let's Go Back to the Racked Carry

When doing the racked carry (with one or both arms), it's important to note a few details in how to hold the dumbbells. 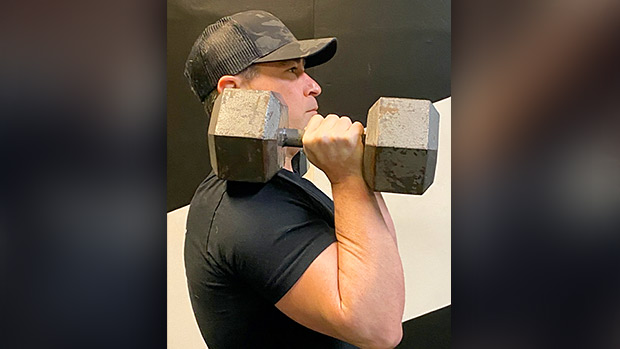 This is more comfortable than holding the middle of the handle. Plus it's stronger and more stable because it allows you to keep your forearms more perpendicular to the floor. Of course, you can also use kettlebells for all six carry types.

You could absolutely argue that there's a seventh main type of carrying, which is a Zercher carry. This is usually done with a barbell, Husafell stone, or a sandbag. There's nothing wrong with these options. So if you have those implements, use them! 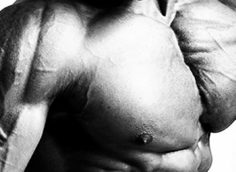 The boneheads in your gym only know one way to make an exercise tougher – add more weight. That's why boneheads never build more muscle, no matter how long they work out. Our resident Scotsman knows some remedies.
Training
Alwyn Cosgrove October 24

Combine two killer exercises and get better at just about everything. Take a look.
Challenge Training, Deadlift, Metcon, Tips, Training
Linden Ellefson May 6 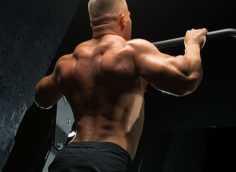 That may include you. Here's how to fix these common technique makes.
Training
TJ Kuster February 9