My favorite T Nation series was the "X" Things I Learned in "Y" Year articles, in
which top coaches gave us insights into the most valuable lessons learned each year.

These weren't bullshit health blurbs for entertainment purposes – a diversion that's
become all too common in our industry today – these were raw and authentic lessons from legends; an
accumulation of real-life knowledge chiseled down into some straightforward,
practical tips. How can you beat that?

As 2012 came to a close, I thought I'd take a shot at constructing a similar piece.

Technically, my task should've been to give you the top 10 lessons I learned researching different nutrition
approaches, writing educational material, speaking at companies, or working
with private clients. And I have some pretty damn good lessons to share, if I do say so myself.

But as I started to put my pudgy fingers to keyboard, something began weighing on my conscience. I knew in
my heart that all of these tips, while valuable, would really be useless until
we solved an underlying problem much higher up the food chain.

Do you, at this moment, have a true purpose for executing any of the tips I was about to recommend, or any
plan constructed by our elite coaches? Or would you just be going through the
motions and wasting everyone's time?

Making my living as an author and consultant, I should be telling you that my nutrition approach is the one
and only true "secret," the mythical key you've been waiting for to
achieve all of your success in this upcoming year.

But I'd be lying.

The most valuable lesson I've learned in 2012 – and really over the last 15 years as a
coach – has nothing to do with the nuts and bolts of training or diet. The true key, the secret to
your success in physique transformation, strength sports, or any other sport,
and maybe even in life, is this:

I could give you 9 more lessons I learned, but they'd really just divert attention away from the foundational
one that's really going to make a difference.

Until you find what you're truly fighting for, all training programs and diets (even the best ones), will be
relatively meaningless. 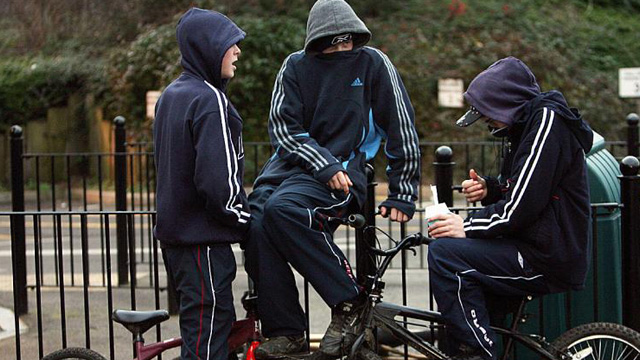 I'm going to sound like an old-timer here, but for the most part, our generation has become a bunch of
whiney, lazy, entitled pussies.

People have lost their warrior spirit, their dedication, and their willingness to strive.

We've become highly skilled at acquiring facts and information, analyzing, and sounding intelligent, but we
are doing less and less. We know distraction well, but discipline has become a foreign language.

We've gotten great at throwing forum and social media posts like right and left hooks, but run like cowards
from any real life fights.

How do we change that?

Some modern guru is going to tell you it's all about drinking some magical tea and floating through space in
a lotus pose. They'll spice it up with some mysticism and cultish codependency as well.

None of that is really necessary because, believe it or not, the answer is a lot more simple and straightforward. 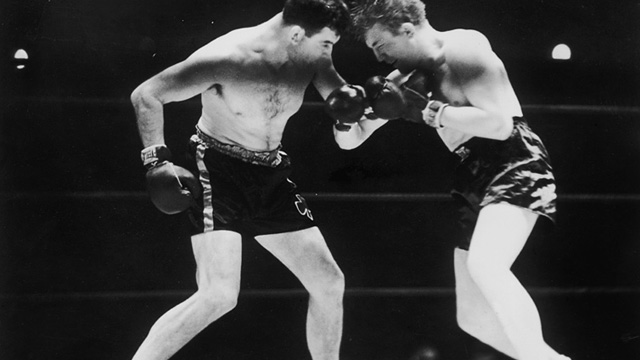 If you haven't seen the movie, Cinderella Man, you should. But for our
purposes now, here's the Cliff Notes synopsis:

It's based on the "true story" of James Braddock, a former up and coming boxer who retires due to
injury. He works as a day laborer to support his family (wife and three kids)
during the Great Depression. Having lost all his possessions and savings and
unable to pay the bills, he gets an opportunity to return to the ring in a
last-chance effort to save his family. Cinderella Man tells his comeback story.

As a side note, I give it a 4 Nutsack rating.

Some quotes from the movie show us the spirit of the movie. During his comeback, Braddock is pitted against a
fighter that had beaten him earlier in his career. In the middle of this
rematch, Braddock is winning, which initiates the following exchange between
Braddock's opponent and his trainer in-between rounds:

Trainer: What are you doing? You beat this guy easy last time.

Fighter: He ain't the same guy.

Braddock had watched his family starve and suffer. Fueled by more than personal ego, vanity, or even mere
competition, Braddock becomes a different animal in the ring, fighting for
survival. He somehow finds a way to beat younger, stronger, heavier, and more
skilled boxers. When asked by a reporter how the impossible became possible, he gives a simple answer: 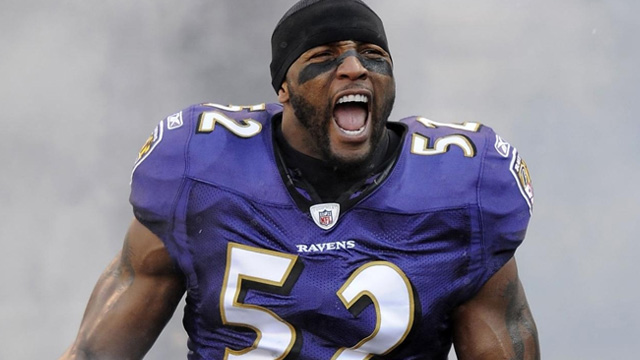 I don't know what that is for you my friends. And I don't think any life coach or guru can give you some
magical formula to figure it out.

More than giving you any awesome diet or training plan, it would be my greatest pleasure in the world to
be able to provide that answer for you. Unfortunately, I can't. I don't think
even the great Ray Lewis could beat it out of you.

Ultimately, you're going to have to take some personal accountability, look at your life, look inside
yourself, and come to your own conclusions.

As a matter of fact, part of finding your fighting spirit is realizing that you can't always rely on someone
else, or wait for a savior to solve all of your problems. You have to solve
them for yourself.

What I can do is tell you what has motivated others over my career. Maybe that will give you some ideas.

For some, it really was about survival. They had a health problem they had to fix, and their life, or quality
of life, was suddenly on the line.

For some, their sport was how they made their living, and food on the table was dependent upon victories.

For some, it was to give them a competitive edge in a career outside of sports. Working out and eating right
gave them better energy, cognitive function, and focus behind the desk,
allowing them to push harder than the competition, and ultimately crush it.

For some, it was about being picked on as kids, and if the world wasn't going to give them respect, they
were going to build themselves up and take it.

For some, it was just like what martial arts can be to others – a way to channel negative energy into positive,
to learn lessons that translate to life, to find some kind of deeper meaning
through physical challenges. Some used nunchucks; others used dumbbells. No
matter, either served to fulfill their purpose.

For others, it was about getting to be a dick. By flexing their literal muscles in the gym and
figurative muscles online, they take great pleasure in making themselves feel
important, or making others feel bad about themselves. Although I don't
necessarily agree with that approach, whatever works, man.

But don't let that hate fester in your heart like a bad, covered-wagon fart. It could become toxic and lead to
your own undoing.

I can tell you some of the things I'm fighting for. I know you don't really give a shit about me
personally, but it's just to give you ideas.

It's because I come from a family that's struggled with addiction, and linking my identity to athletic
pursuits has given me a better obsession.

It's because I think we're all searching for the same three things in life: a passion, a sense of purpose, and
peace of mind. We just go about it in different ways. It just so happens that I've
been lucky enough to find all three in this game, and don't think I could find it anywhere else.

It's because I'm kind of a hippie, and I don't want to get a haircut and a real job. If I can make it
through life and provide for my wife without ever having to "clock in,"
well I'll know I've accomplished something I set out to do, as meaningless as
that might be to anyone else. 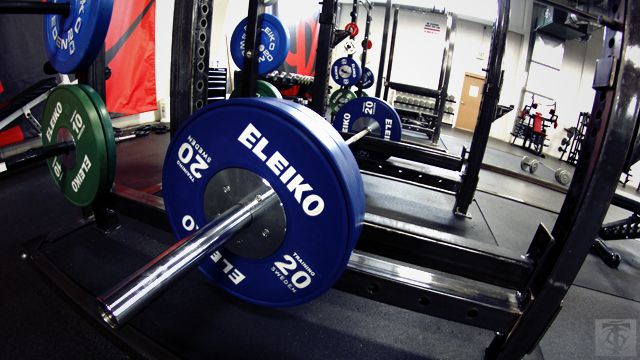 I might not be able to tell you how to find your fight. But I
can certainly tell you how you'll know when you've found it.

You won't complain of the struggles. You'll embrace them, because you'll know that your ability to push
through is what will ultimately separate you from the rest of the pack.

There will be no more New Year's resolutions, only daily ones. And sticking to them will not
be an option. It will be a necessity.

You will not find excuses. You'll find ways.

You'll stop looking for short cuts and quick fixes, because you'll know that a worthwhile
mission lasts a lifetime.

You'll stop training for gym or virtual high-fives, but rather for personal satisfaction and accomplishment.

You won't have a sport or a hobby. You'll have a way of life

All of a sudden those 20 different diet and training programs that didn't work in the past,
will all work.

I'm not saying it's going to make the road any easier. Excellence is never easy – that's the point. There
will be ups and downs, adversity, and setbacks. There will be days where you
will absolutely want to quit.

But when you know what you're fighting for, you will find a way to persevere.

This is life, man, not the movies I keep quoting. The obstacles are never-ending. That's why it's
imperative that you find a true reason to keep going, not some make-believe,
self-induced, bubble gum fitness one. 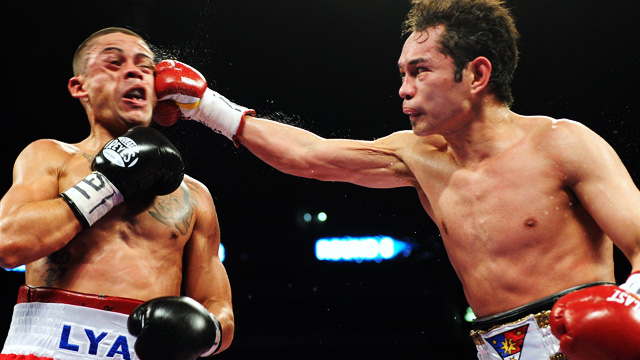 The path to success lies in the purpose, not the person. We're all
capable of great things.

Ordinary men that had a purpose have achieved great things. Extraordinarily gifted men with no mission have
chronically underachieved. Society provides plenty of examples of both.

Rule #1 – Find what you're fighting for.

Rule #2 – First learn rule #1. Everything else is just details.

You're punks. All of ya'. All of ya' under 25 or so, that is. Mike Mahler calls you "Generation Ent," for Entertainment, meaning you need to be constantly entertained. Well stand by to be entertained, in a manner of speaking.
Training
Mike Mahler July 21

Not many people can do it. Too bad, it's one of the best core exercises out there. Here's how to work your way up to it in five steps.
Tips, Training
Kyle Arsenault July 27

Make the ab rollout even better by lifting your feet up. This takes the hamstrings out of the movement and makes your core work harder.
Abs, Exercise Coaching, Tips
Christian Bosse December 23

The author was sentenced to 10 years in prison. He started lifting to build up his self-esteem and, more importantly, to protect his ass from getting shanked.
Powerlifting & Strength, Prison Training, Training
Daniel Genis July 30